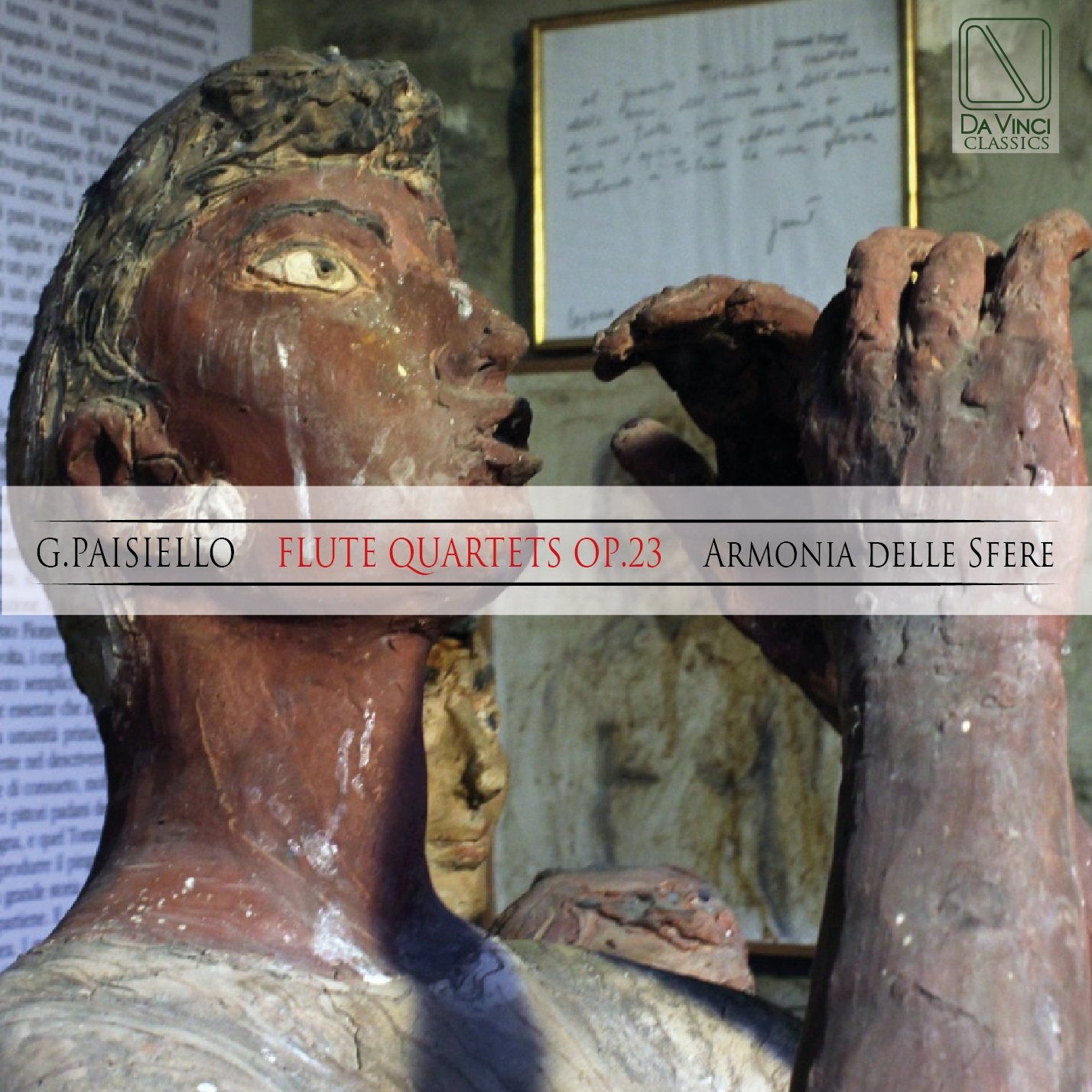 FROM ALBUM NOTES by Daniele Salvatore:

In Italy the “scrittura a quattro” (four part writing) has been established with the late seventeenth century Concerto but took several different directions in the eighteenth century, through the “concertino a quattro” carried out by composers such as B. Galuppi, G.B. Sammartini, G. Tartini, and the “sonate a quattro” by T. Albinoni and F. Durante, but also appearing in some symphonies to be played “senza cimbalo” (without harpsichord) by A. Scarlatti, who composed with rigorous imitative writing among the four parts. Its success, however, started with the birth of the quartet in the 1760s when there was a general overcoming of the “basso continuo” and the progressive use of the sonata form. In those years, in Paris and in Vienna, the new form showed a trend towards a peaceful cohabitation of opposed tendencies: the homophony of the galant style and the still deeply rooted contrapuntal traditions in the Viennese environment. This tendency made the presence of fugal elements common in the development of the sonata form and, above all, the inclusion of a fugue as the last movement of the quartet. The ’70s also led to a change in the lexical richness of the origins, usually replaced by a “serene” harmony and the lack of conventional “polyphonic” passages, while the main melody was more and more often assigned to the top part. The publishers were the cause of this push towards the “simplicity” because they were interested in increasing their buyers. The almost obvious result was the lowering of performance standards because of the demand with the consequent writing “simplification”. The editorial requirements led to the triumphant affirmation of the “galant” styles with a large publication of quartets in only two movements, like those of G.M. Cambini composed after 1777 or those of Boccherini and Paisiello. This tendency removed the Adagio replaced by movements with indications of “halfway” agogic such as “amoroso”, “grazioso” and so on: a sign of an expressive simplification. The so-called quartetto concertante was another Parisian trend where the four instruments “talked” with each other equally by playing the main melodic themes and it spread to England even before 1780. […] (Translation by Marco Beccari)

Giovanni Paisiello (b Roccaforzata, nr Taranto, 9 May 1740; d Naples, 5 June 1816). Italian composer. He was one of the most successful and influential opera composers of the late 18th century.