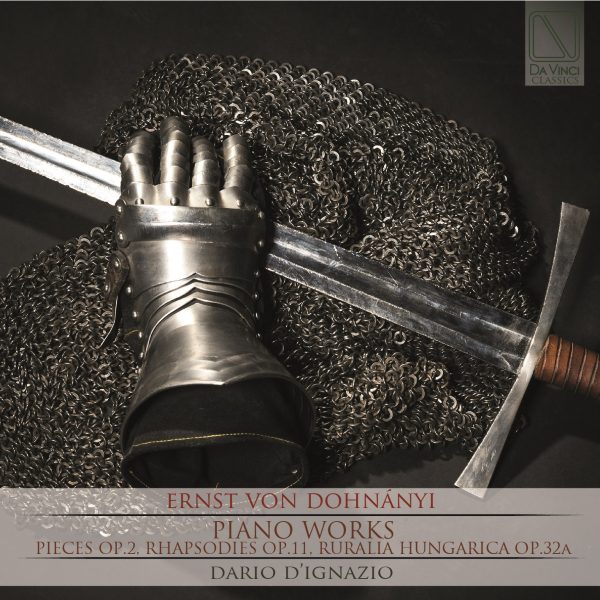 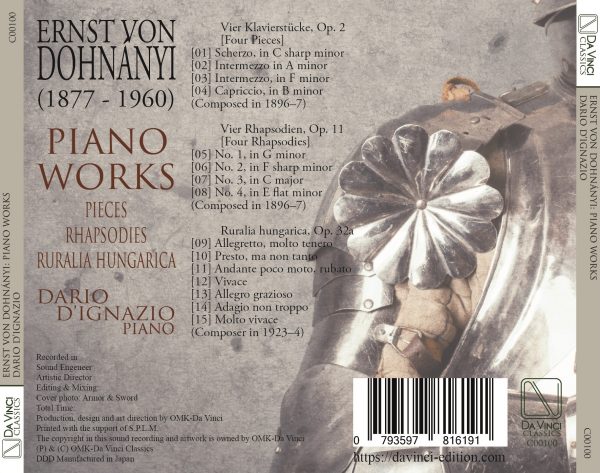 It is really important for any musical research to meet a composer whose fame and distinction is as deep as the real knowledge of his music is minimal and almost nonexistent. So we can understand what is the real musical contribution of the composer, measure its beauty with regard to its epoch, making him to be part of that incessant dialogue and comparison necessary to each great author of history. And this could perfectly suit Ernst von Dohnányi. Next to Liszt, he is considered the most important Hungarian composer also for his innovative approach to the piano and one of the principal authors of the 20th Century for his conductor activity, which gave him the great part of his international fame. It is curious that – contrary to what happened to Liszt- Brahms, who actually wasn’t used to easy appreciations, immediately admired him and personally encouraged and organized the performance of Dohnányi first work, a piano and strings quintet, which had a great success. […] (Translation by Fabiana Binarelli)

Ernst von Dohnányi
(b Pozsony [now Bratislava], 27 July 1877; d New York, 9 Feb 1960). Hungarian pianist, composer, conductor, teacher and administrator. Next to Liszt he ranks as the most versatile Hungarian musician, whose influence reached generations in all spheres of musical life. He is considered the first architect of Hungary’s musical culture in the 20th century.

Dario D'Ignazio, Piano: Dario D’Ignazio has started his piano studies with his mother and has taken his piano degree at Conservatorio “A. Boito” in Parma with Roberto Cappello. Later Alfredo Speranza has cared for his artistic development. Both he and Marcello Abbado defined him one of the best pianists in this century. He has taken a degree in Musical disciplines (Interpretational and compositional branch) and he has also studied conducting with Giovanni Pelliccia.

He has taken part in and has won prizes in various national and international piano competitions; in 2001 he won the International “Allegro Vivo” music festival in Horn (Austria), first Italian after twenty years; on this occasion he also won the prize given by radio and television critics. After some time he has preferred the study of interpretation – a tiring but more satisfying research – to competitions, that brought him to build a strong, dominant and unique musical personality. Thanks to a restless study, he has improved his technique and has been able to realize his own musical idea. Lidia Carbonatto Palomba, Rai journalist in Rai said: “A pianist endowed with a superb technique – had Michelangeli still been alive, he would have been his favourite pupil”.

Fascinating both the audience and the critics with a series of concerts in Romania and in Spain, he played in “Festival Salento Classica” the “Fantasie” for piano, choir and orchestra by L. v. Beethoven conducted by Salvatore Accardo. In spring 2016 he started the “Piano Work Tour”, in which he has played as a piano soloist and with orchestras in Italy, Spain, Austria and Poland. He collaborates with Vatican Radio broadcast and records for Tactus and Da Vinci Classics.