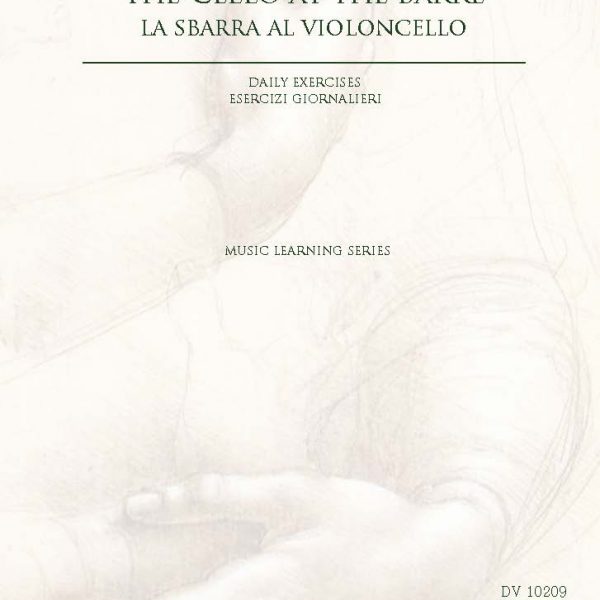 From 1999 to 2012 he improved his repertory with Vadim Pavlov, Masha Janucewsky, Marianne Chen, Enrico Bronzi, Giovanni Sollima and Renato Zanettovich and Dario De Rosa of the Trio di Trieste. In 2006 he founded Trio Arté with Mirko D’Anna (violin) and Valentina Casesa (Piano); he attended to courses at the Trio di Trieste at the Chigiana Academy of Siena and the “International School of Music of Trio di Trieste” at Duino (Trieste). He also received the “Master’s Degree with Honneurs” in Camber Music and a scholarship for the best chamber group for two years in 2008/2009 and 2009/2010.

He has garnered several awards and first prizes in national and international competitions both as a solo cellist and in a chamber music. In 2005 he participated as a “living work” to several performances of the Italian Artist Flavio Piras at the Museum of Contemporary Art in Antwerp (Belgium) playing, at the same time, the first three suites of J.S.Bach and extemporaneous improvisations.
He has held the post of First Cello of the Palermo Conservatory Orchestra from 2003 to 2007; He has worked together the Orchestra Sinfonica Siciliana, the Teatro Massimo Bellini in Catania and the Opera Orchestra of Malta.
With the Trio Arté has played remarkable concerts in Italy and abroad; the concerts to the “Amici della Musica” of Palermo, the “Society of Trieste Concerts”, the International Festival of “Young Virtuosi” Ljubljana (Slovenia), and Accademia Chigiana in Siena are surely of significant value. Reduced (non capisco in che senso) to the hall of the Teatro Verdi in Trieste for the “Circolo della Cultura e Arti” of Trieste, and the international season lcello teacher in Ribera (Ag).

His work put together passion for concert chamber music and teaching, improving the approach to cello among the “young people of all ages”. From 2013 to the present, he is professor of cello as voluntary job in a social charity project and captivating children and young people from deprived downtown areas of Palermo with orchestra and children’s choir “Quattro Canti – the Genius of Palermo” using the method of El Abreu System.
He is also teacher of the Teatro Massimo V. Bellini in Catania for the “Social Safety Project” as Cello Professor of El Abreu System from 2015 to date.

In 2014 he recorded with the Trio the first album containing the unpublished trios of “music from the 800 Italian Room”, with the rediscovery of authors such as Brescia Angelo Maria Benincori and the Neapolitan Vincenzo De Meglio. In 2015 he published with the Overplay Editions the text-book of “La Sbarra al Violoncello – The Cello at the Barre”, and in January 2017 the second edition, international, published with Da Vinci Edition (Osaka).