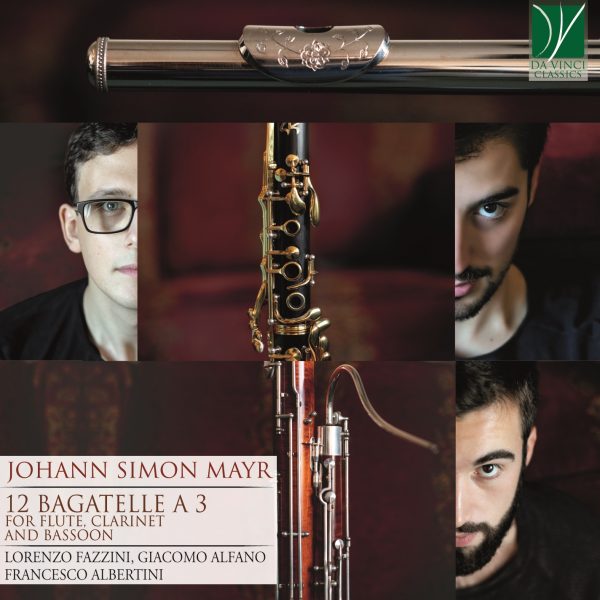 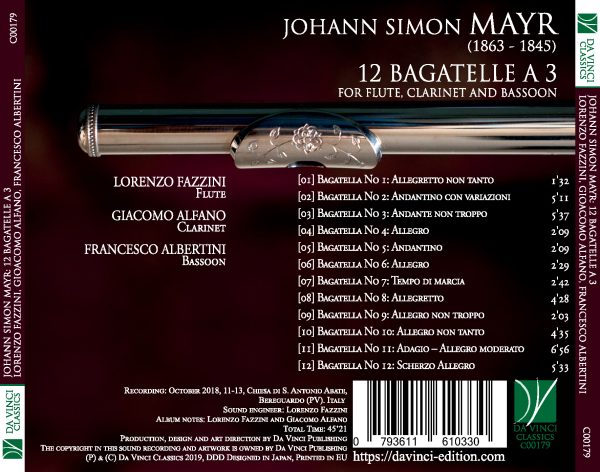 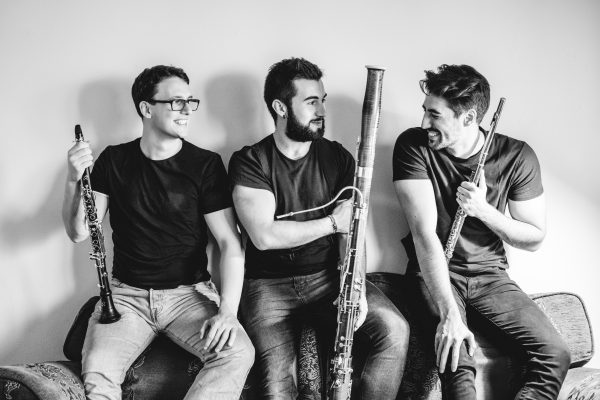 Johann Simon Mayr was a German composer and music teacher. He was one of the greatest opera composers in Europe in the last decade of the 18th century and the first two decades of the 19th.
His musical activity mainly took place in Italy, where he was better known as Giovanni Simone Mayr. He was the second child of Josef Mayr, a schoolteacher and organist, and Maria Anna Prantmayer, a brewer’s daughter from Augsburg.
Mayr received his early musical education from his father, demonstrating an outstanding predisposition for it. He composed some early Lieder and became a member of the choir of the church where his father worked.
In 1781 he began to study law and theology at the University of Ingolstadt, where he taught himself various orchestral instruments and supported himself by playing the organ. His first published work, 12 Lieder bei dem Clavier zu singen, appeared in Regensburg in 1786.
The following year he went to Poschiavo, Switzerland, and in 1789, he was in Bergamo, where he studied with Carlo Lenzi, then maestro di cappella at Santa Maria Maggiore. However, all this did not satisfy the Bavarian composer, who was on the verge of leaving Italy and returning to Ingolstadt.
However, Count Pesenti convinced him to go to Venice to study with Ferdinando Bertoni, maestro di cappella of San Marco and a well-known composer of sacred music. Venice provided an ideal opportunity to hear a broad range of Italian sacred, theatrical and instrumental music.
His first operas were enormously successful and quickly spread his reputation throughout Europe. He received copious offers from Milan, Naples, Rome, London, Vienna, St. Petersburg, Dresden and Paris, where Napoleon offered him the post of maître de chapelle at the imperial court. Mayr refused all these coveted positions and only accepted the “modest” offer in 1802 to become a maestro di cappella at Santa Maria Maggiore in Bergamo, where he had been a student in his youth.
Gaetano Donizetti was one of his first students and, undoubtedly, the most illustrious: He entered the school in 1806 and remained there for eight years. Mayr withdrew from the theatre after the production of his last opera, Demetrio, in 1824.
From this moment on, he dedicated himself exclusively to the composition of sacred music for the Basilica of Bergamo, arranging performances of works by the Viennese masters, and collaborating with the Gazzetta musicale di Milano. From 1822, he began to be more and more afflicted by cataracts in his eyes; after the failed operation attempt in 1826, his sight deteriorated more and more until it led to almost total blindness. In 1845, Mayr died at his home in Bergamo at the age of 82.
The 12 Bagatelle a 3 for Flute, Clarinet and Bassoon has a basset horn in the original score. In this case, the bassoon was chosen as a substitute because of its use in the performances of the same type of bagatellas of the time.
This work highlights Mayr’s exceptional ability to write for wind instruments. There are some Italianate passages we can find in the last bagatella in which the first theme quotes the “Scherzo” of the Sixth Symphony by Ludwig van Beethoven.

Francesco Albertini was born in Gavardo (Bs) in 1994. He attended the "Luca Marenzio" Conservatory in Brescia where he studied under the guidance of Alberto Belli. He then continued with Giorgio Versiglia at the ISSM "Gaetano Donizetti" in Bergamo. In July 2013 he took part in the World Competition of Kerkrade in the Netherlands with the Banda Lao Silesu of Samassi (Ca) under the direction of Francesco Pittau. He has collaborated and collaborates with the ‘’Bresciana Youth Orchestra’’, with the "Brixiae Harmoniae" Wind Orchestra of Brescia conducted by Andrea Gasperin. He has collaborated with the Ensemble Operà, a wind band with which he won the first prize in the chamber music competition of Nese (Bg) and with the Ensemble Excentrique. He is part of the "Giuseppe Verdi" Wind Quintet which has performed in important concerts (Milan Expo 2015 and Teatro Filarmonico of Trento). He participated in a tour in China with the Neaples Royal Philarmonic Orchestra (December 2014 - January 2015). In 2017 he participated in a bassoon masterclass with Pedro Silva and Marco Postinghel. He has collaborated with the Verdi Orchestra of Milan, with the Orchestra of the Piano Festival of Brescia and Bergamo, with the Fadiesis Chamber Orchestra of Pordenone in collaboration with Fukuoka Sinfonietta, with the Orchestra Filarmonica della Franciacorta and with the Orchestra Antonio Vivaldi.

Giacomo Alfano was born in Milan in 1992 and undertook the study of clarinet at the age of 11 under the guidance of M. Putignano. He graduated with full marks from I.S.S.M. "Franco Vittadini" of Pavia under the guidance of S. Casellato and, subsequently, he graduated at the Second Level Degree at the "G. Nicolini "of Piacenza with P. Beltramini. He has participated in numerous competitions and festivals as a soloist and chamber musician. To mention the First Prize "Young Talents" as a soloist at the Festival Borghi e Valli (PV) and the First Prize as a chamber musician at the "XI Edition of the National Competition of Musical Execution Città Piove di Sacco". Still in chamber music, he won the Second Prize at the "4th Edition of the Chamber Music Competition for Young Artists" (Milan), the Third Prize at the "National Competition of Musical Execution Città di Giussano" and, again, the Third Prize at the "XXV International Music Competition - Vittoria Caffa Righetti Award" at the City of Cortemilia. He collaborated with the Municipal Theater of Piacenza holding the role of First Clarinet in the stage bands under the direction of Fabrizio Cassi and Donato Renzetti. He is currently finishing the Chamber Music Biennium at the "G. Nicolini "of Piacenza under the guidance of A. Garosi and M. Decimo, is also specializing in small clarinet led by D. Zanchetta.

Lorenzo Fazzini was born in Pavia in 1995, he graduated brilliantly at the Conservatory ''G. Verdi'' of Milan and continues its preparation by attending the two-year specialist course at the "G.P. da Palestrina "of Cagliari in the class of Stefano Parrino. He has followed numerous master classes in Italy and abroad and has to his credit numerous concerts and competitions. He won the First Prize in the Soloist category (98/100) at the 3rd International City of Scandicci Competition (FI) and the Second Prize (98/100) at the 1st International Competition of Villorba (TV). He has played the role of First Flute of the Regional Orchestra of Lombardy and the role of second flute at the Orchestra Filarmonica Campana (OFC) of Salerno. He began the concert activity as a soloist, soloist with the orchestra, in duo, trio and various chamber ensembles that allowed him to perform with musicians such as Daria Masiero, Roberto Sérvile, Matteo Jin, Jean-Claude Guidarini and Joohee Shin. He has collaborated with directors such as Giulio Marazia, Marco Alibrando and Gudni Emilsson. He has held concerts in Italy, France and Switzerland, collaborated with the European Philharmonic Orchestra, Castel Monastero di Siena, Hotel Savoy Palace for ILGA (Italian Ladies Golf Association), Collegiate of Bellinzona, Notre Dame Cathedral of Toulouse and the Cathedral of Bouc- Bel-Air in Marseille, the Teatro Fraschini, the Palazzina Liberty, the Circolo di Pavia Lirica and the RAI television studios in Rome.

Johann Simon Mayr (b Mendorf, nr Ingolstadt, Bavaria, 14 June 1763; d Bergamo, 2 Dec 1845). German composer, teacher and writer on music. He was a leading figure in the development of opera seria in the last decade of the 18th century and the first two decades of the 19th.