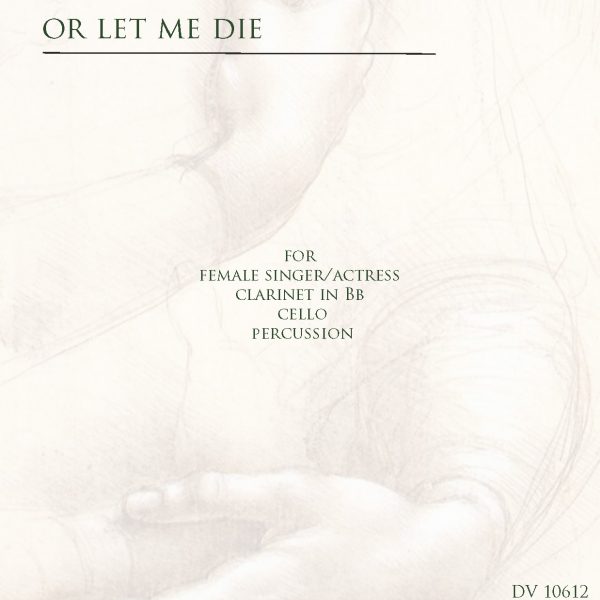 Fontanesi, David: Or Let Me Die, for Female Singer/Actress, Clarinet in Bb, Cello and Percussion