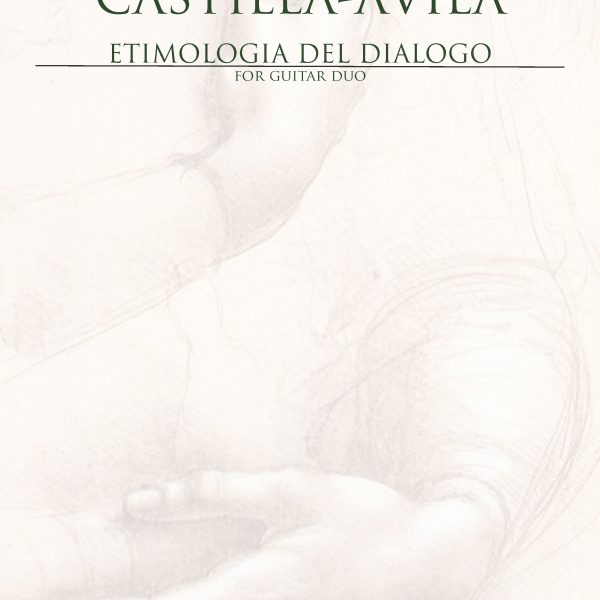 Agustín Castilla-Ávila : He was born in Jerez de la Frontera, Spain, where he began his musical studies at its conservatoire. Later he entered Conservatorio Superior de Sevilla obtaining the Titulo Superior de Guitarra with Professor J. Calero. In 1998 he was the first guitarist to gain a scholarship by Fundacion La Caixa-British Council to study a Masters Degree at the London College of Music with guitarist Carlos Bonell. Later he moved to the Guildhall School of Music where he earned a Postgraduate Diploma and a Masters with guitarists Robert Brightmore, David Miller and the composer Mathew King. He won the Portallion Solo Guitar Prize at this school. He continued his studies at Universität Mozarteum in Salzburg with professor Isabel Siewers. While at Mozarteum, he also took studies at Arizona State University doing a Doctorate in Musical Arts under the direction of guitarist Frank Koonce. He was also an assistant teacher at this university. In 2004 he began his composition studies with Adriana Hölszky at Mozarteum finishing his Masters degree at this school with Reinhard Febel. He also studied composition with Alexander Müllenbach at Luxemburg Consevatoire. In 2013 he becomes the Music Preis (Jahresstipendium) from the Region of Salzburg.

He has received guitar master classes from D. Russell, M. Barrueco, A. Diaz, R. Aussel, J.L. Rodrigo, J. Clerch, J. Cardoso, Roland Dyens, etc. As a composer, he attended masterclasses and workshops from S. Sciarrino, K. Schwertsik, D. Schnebel, C. Halffter, T. Marco, A. Posadas, J. Kaipainen and J. Tiensuu among others. He was the youngest guitar professor at Conservatorio Profesional de Ceuta during 94-95 and during 95-98 he was teaching at Conservatorio Elemental de Lucena, both in Spain.For two years, he directed the contemporary music radio program “Die Nymphe” at the Radiofabrik in Salzburg. In 2007, he composed the music for the 300 anniversary of the Kollegienkirche in Salzburg.

Since 2009 he is an artistic advisor of the Microtonal Music Society in Austria, giving seminars about his microtonal guitar at Escuela Reina Sofia in Madrid, St. Petersburg Conservatoire in Russia, Guildhall School of Music in London, Yong Siew Toh Conservatory in Singapore, etc.

His music has been conducted by D. Russell-Davies, S. Fontanelli, T. Ceccherini, J. Kalitzke (with OENM), Hannu Lintu (with Avanti Chamber Orchestra), Alexis Soriano (with S. Petersburg Symphony Orchestra), Hansjörg Schellenberger (with Sinfónica de Sevilla), Konstantin Hiller and C. Chamorro among others. His compositions have been broadcasted and recorded by ORF in Austria. He publishes his music for Doblinger Verlag.

Castiilla-Avila is supported by the City of Salzburg and the Region of Salzburg.

–“A very high degree of originality, he is always in search for new horizons”.Alexander Müllenbach, director of the Sommerakademie Mozarteum Salzburg.

–“Castilla-Ávila has to be counted to the most excellent artistic figures of our days”. Johannes Kotschy, Chairman of the International Ekmelic Music Society in Austria.