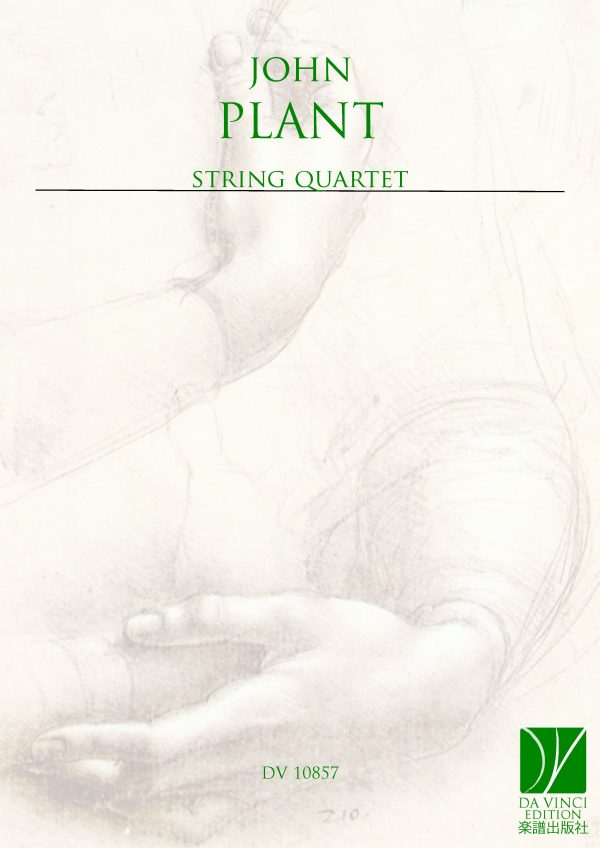 John Plant: Always torn between literature and music, I studied both at Middlebury College, and began a Ph.D program as a Woodrow Wilson Fellow in comparative literature at Harvard. The Vietnam war brought me to Canada, where I continued studying composition at McGill. I owe an incalculable debt to my three composition teachers: George Todd at Middlebury, Bruce Mather and Charles Palmer at McGill.

My compositional career took flight with a series of works for choreographers Peter Boneham and Jean-Pierre Perrault of Le Groupe de la Place Royale, culminating in three dance-operas, in which the dancers perfomed the score while executing the choreography. These works premiered at the National Arts Centre in Ottawa, and subsequently on tour throughout Canada, England and France.

Until 2010 my music was primarily vocal, reflecting my fascination with literature, languages and the human voice. Much of it was directly inspired by the radiant voice of my life partner, Jocelyne Fleury. She can be heard in two CDs devoted to my vocal music: Canciones del alma (with Quatuor Claudel, SNA-825) and Babel is a Blessing: Vocal Works in Eight Languages (with Ensemble Prima conducted by Mélanie Léonard, MSR-1327). Though she has recently retired from singing, she is deeply entwined in every note I write; her imprint on the DNA of my music is indelible.

Instrumental works have taken a somewhat larger share of my attention since 2010, but even these sometimes have a theatrical, dramatic or text-based source. A key work in this shift of focus was A deep clear breath of life for saxophone and piano (Boston 2013, published by RC Editions). This work inaugurated a love affair with the saxophone which culminated in two further works: 'Insomnia,' for soprano, saxophone and piano, commissioned by Michael Couper and Jennifer Bill, and premiered at Carnegie Hall in October 2015; and Faustus: a SaxOpera, a concerto for alto saxophone and large wind ensemble, commissioned by World-Wide Concurrent Premieres Commissioning Fund (Boston 2015, San Diego 2016, Wolfville 2016, and elsewhere). At the request of several of the commissioning saxophonists, I have made two new versions of 'Faustus', one for saxophone, harp, and piano (North American Saxophone Alliance 2016; Tanglewood 2017), and one for saxophone, guitar, and piano (to be premiered at the World Saxophone Congress in Croatia, July 2018).

I have composed two operas: The Shadowy Waters (Montreal 2005) and I will fly like a bird, inspired by the Robert Dziekanski tragedy (Scotia Festival, Halifax 2012; staged by Opera Nova Scotia 2015). My most recent work, 'Earthsea' Sonata for clarinet and piano, was commissioned by clarinettist Dominic Desautels, who premiered the work (with pianist Tina Chong) in Halifax in November 2017.

I am now at work on a commission for percussionist Marie Josée Simard and pianist Louise Bessette.

I have no stylistic agenda other than that of continuing to forge a musical language which is personal, emotionally compelling and moving. This is a process of continual discovery, involving an ever-enlarging sense of the expressive capacities and technical resources of the voices and instruments for which I write. Each new work brings new surprises, for me and I hope for my audience.

I have received grants from Canada Council for the Arts, Arts Nova Scotia, the Ontario Arts Council, Metropolitan Life, World Wide Concurrent Premieres Commissioning Fund, and CUPFA. Suzie LeBlanc's CD I am in need of music, featuring my Sandpiper and Sunday 4 A.M., was named Best Classical CD at the 2014 East Coast Music Association (ECMA) Awards, and was a finalist for the Nova Scotia Governor General's Masterworks Award in the same year; Derek Charke's and Mark Adam's CD Kitchen Party, featuring my Capriccio for flute and marimba, received Best Classical CD at the 2015 ECMA Awards.

I taught composition and music history at Concordia University from 1993-2008. I retired in 2008 to devote myself fully to composition. Jocelyne and I live by the ocean in West Jeddore, Nova Scotia.