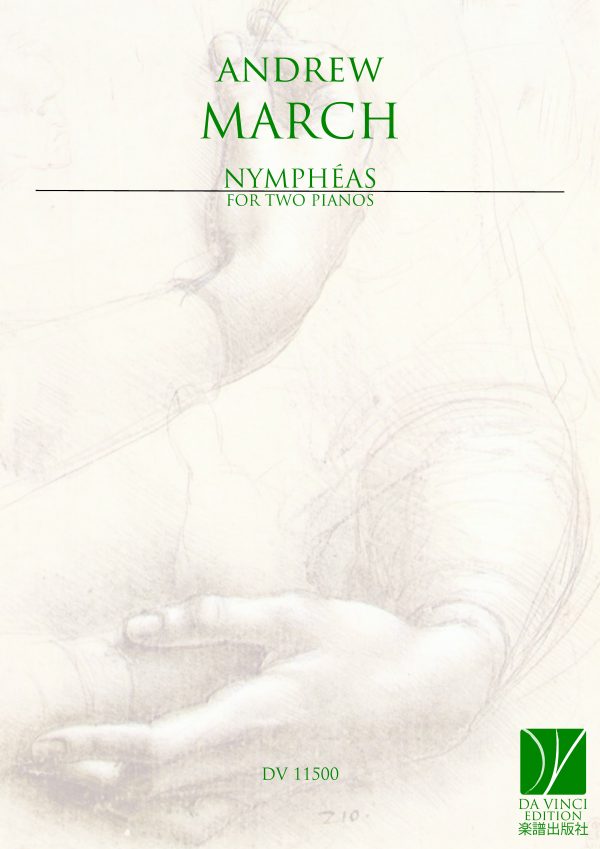 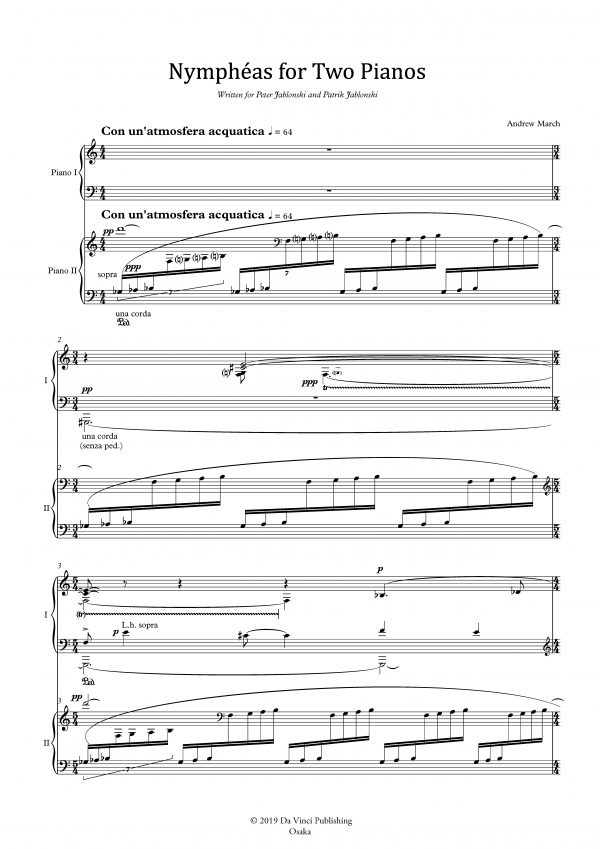 Andrew March was born in Nuneaton, Warwickshire, United Kingdom in 1973. Andrew studied composition with Jeremy Dale Roberts at the Royal College of Music from 1992 to 96.

For his graduation he wrote Easdale; a three-movement, programmatic work for full orchestra which received its first performance with Edwin Roxburgh conducting the RCM Symphony Orchestra. On graduation, Andrew was awarded the United Music Publishers Prize, a Constant & Kit Lambert Award, and for Easdale, the Royal Philharmonic Society Composition Prize 1996.

His orchestral piece Marine - à travers les arbres won first prize in the 1998 Masterprize International Composing Competition, and has been recorded by the BBC for the European Broadcasting Union and by the London Symphony Orchestra in Abbey Road Studios for EMI Classics Debut Series (EMI_Biog) under conductor Daniel Harding. The piece has been played by British orchestras such as the LSO and the BBC Philharmonic and has received a total of 13 international live performances including the Moscow Radio Symphony Orchestra under conductor Mischa Damev and the European Union Youth Orchestra under Vladimir Ashkenazy.

Andrew has been involved in several collaborative projects where bespoke compositions have been written for choirs such as the chapel choir of Corpus Christi College, Cambridge, leading to the release of a CD with Lammas Records. In 2001, Nymphéas for Two Pianos was written for pianist brothers duo Peter & Patrik Jablonski, who gave the World première in the Royal Palace Stockholm in the Autumn of 2002, and then followed with a tour that programmed the piece in and around Scandinavia.

In July 2005, A Stirring in the Heavenlies (2000) was successfully recorded, in full, by the Kiev Philharmonic under composer/conductor Robert Ian Winstin for the landmark 12-CD series Masterworks of the New Era on ERM Media label.

On 13th November 2012, Parma Recordings released Sanguis Venenatus, an Elegy for Strings). The title translates as 'Tainted Blood') - and is dedicated to those who have lost their lives to contaminated blood and blood products. The Elegy was given its première by the strings of the Todmorden Orchestra under Nick Concannon Hodges in 2010 and this was followed by a second performance in Westminster Abbey in 2011. Sanguis Venenatus can be found on the "Dimensions" album on the Navona Label, distributed by Naxos.

A setting of De Profundis was published by Paraclete Press, USA, in June 2013 and later that year, Andrew visited New York City to attend rehearsals and introduce his Three Pieces for Solo Cello which were performed at Weill Hall, Carnegie, by Romanian-born cellist, Ovidiu Marinescu.

In January 2016, Amoration, for Piano and Strings, was recorded by MME at the MRTV studios in Skopje Macedonia by the strings of the Macedonian National Radio Symphonic Orchestra. The piece has since received repeat broadcasts around the world with a Sunday morning broadcast in May 2016 on the Bill Turnbull programme which marked Andrew's début on Classic FM.

In the first half of 2016 Alea Publishing and Recording (USA) published Equipoise for Bass Clarinet and Piano, Nymphéas for Clarinet Choir and Dragonfly for flute, viola and harp. In July 2016, Andrew's setting of Laudate Dominum", was released by Swirly Music Inc.

Alea Publishing and Recording later published Spring Tide Arabesque for Bass Clarinet duo. By the early Autumn of 2016, Alliance Publishing, Inc. signed 6 of Andrew's choral pieces, two of which (Nunc Dimmitis and Thou Art Worthy) have already been released.