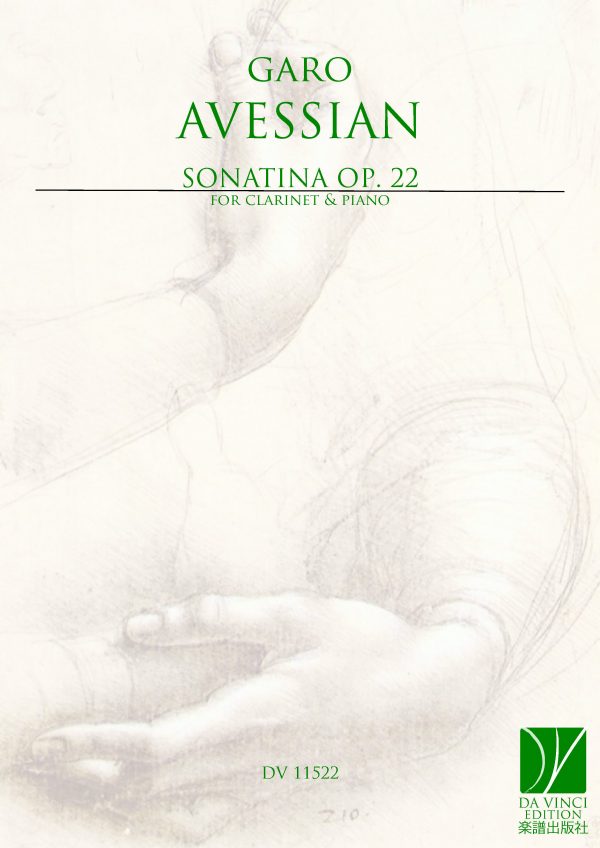 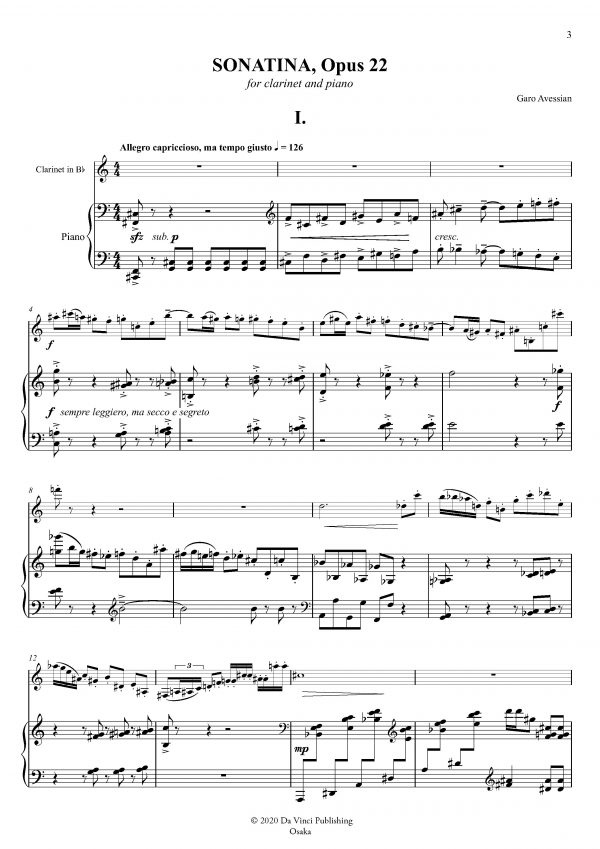 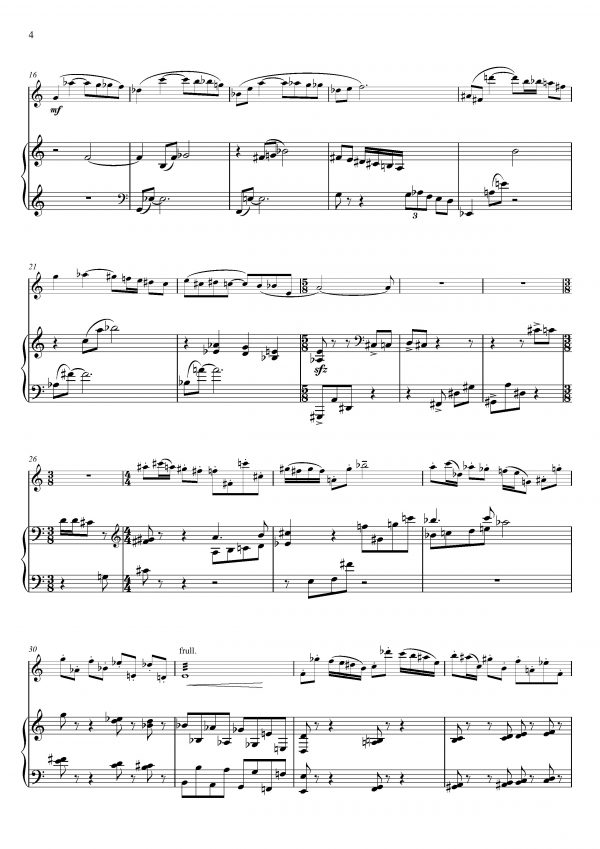 The Sonatina for Clarinet and Piano is cast in a conventional fast-slow-fast three-movement form. The impulsive tempo marking of the first movement foreshadows the ironic wit of the musical character on which the work is based upon weaving breathless and continuous musical discourse. This effect continues in the pastoral lines of the second movement with the longing melody of the spinning thematic variants of the lyrical section. And the light finale contains the most straightforward example of a bright movement, yields to a recollection of the music derived from the opening section where the reminiscence of the lyrical movement appears.
Sonatina that embraces the passionate strength of the Armenian roots and the Neo-Classicism is composed and premiered in Yerevan in 2002. The very first measure is a heritage of long educational stream since the days of the composer’s professor who was recommended on his turn for the same onset from his predecessor.