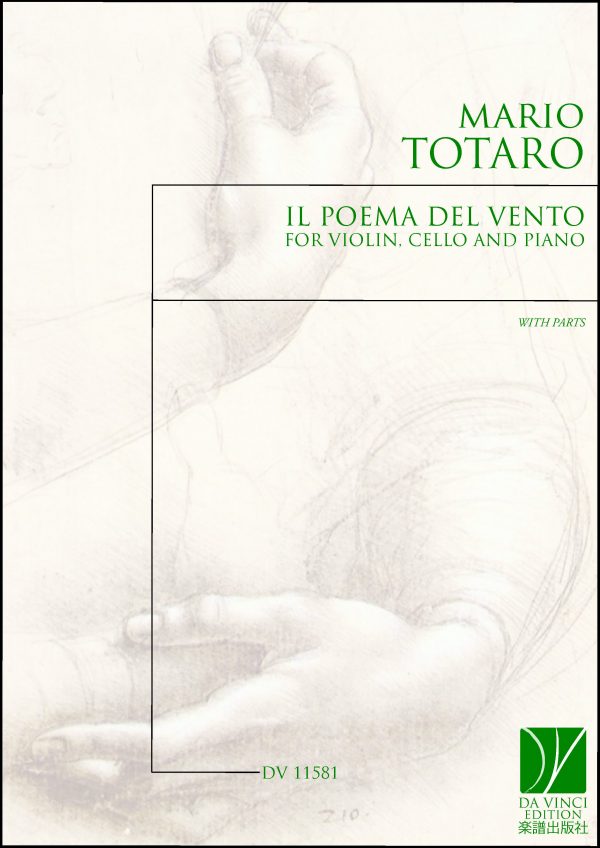 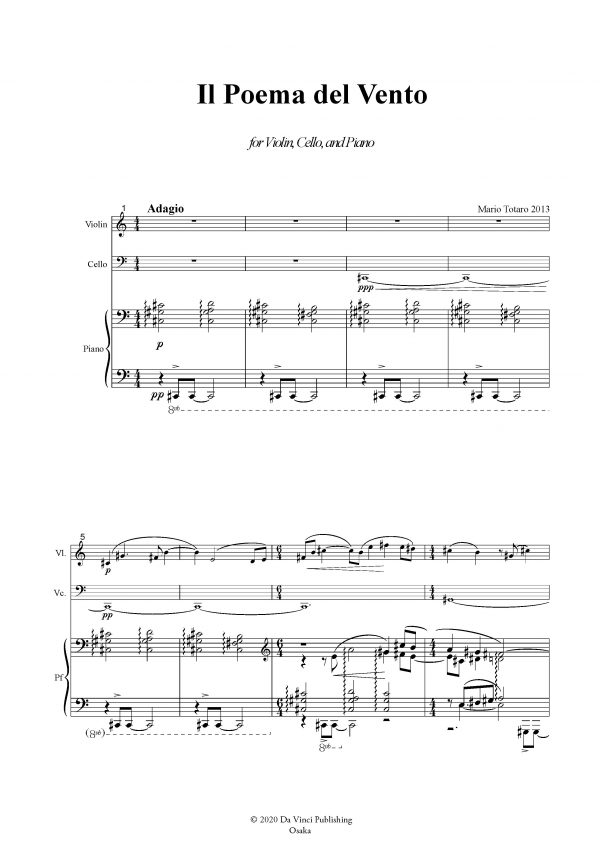 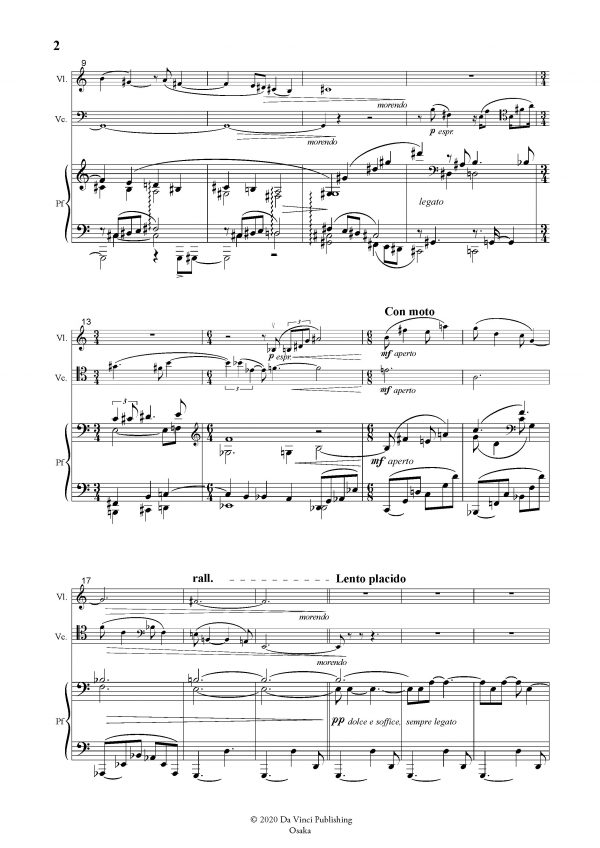 Mario Totaro graduated in piano from the Conservatory “G. Rossini” in Pesaro with honours and in composition from the Conservatory “G. Verdi” in Milan with top marks. He studied piano with Franco Scala and composition with Mario Garuti. Mario Totaro initially devoted himself to piano and continued his studies at the "Mozarteum" in Salzburg under Carlo Zecchi and in Imola ("Incontri col Maestro") under Gyorgy Sandor, Alexander Lonquich, Aldo Ciccolini, Nikita Magaloff and Bruno Canino. At nineteen Totaro became a Professor at the Conservatory of Pesaro, where he’s still teaching. He has been awarded prizes in several piano competitions both national and international. Totaro has given several concerts in Italy and abroad where he presented programs based on improvisation and “contamination” between musical genres. In 1992, he was one of the founders of the Trio Diaghilev (two pianos and percussion). With the Trio Diaghilev Totaro proposed some of the most relevant 20th century masterpieces as well as his own original compositions in prestigious concerts seasons in Italy and abroad, some of which being the "Rossini Opera Festival", "Ente Concerti" - Pesaro, "Istituzione Universitaria dei Concerti" and "Cidim - Musica Duemila" - Rome, "Sagra Musicale Malatestiana" - Rimini, "Associazione A. Scarlatti" - Naples, "Società Filarmonica" - Trento, "Autunno Musicale" - Como, Bologna Philarmonic Orchestra, Filarmonica A. Toscanini, Orchestra Nazionale RAI, Haydn Orchester, and in important radio programs. As a Professor Totaro has held courses of instrumental specialization and musical analysis based on original and innovative formulas, which exploit the connections between the brain, the Central Nervous System and the movements required in musical execution. Totaro has been awarded in international competitions for some of his works ("Ennio Porrino" - Cagliari) that have been broadcast on different occasions during RAI Radio productions (“Radiotre Suite”, “Il brivido della classica”, "Piazza Verdi"). He has been commissioned by important artistic institutions (“Rossini Opera Festival”, “Feste Musicali di Bologna”, "Sagra Musicale Malatestiana”,“Accademia Pianistica Incontri col Maestro”,"Rassegna Lirica Torelliana”, "Centro Astor Piazzolla" etc.). Totaro has directed the “Laboratory of 20th Century and Contemporary Music” at the Conservatory of Pesaro, whose aim is to study last-century masterpieces, to stimulate new musical proposals and to promote the music of the latest generations.