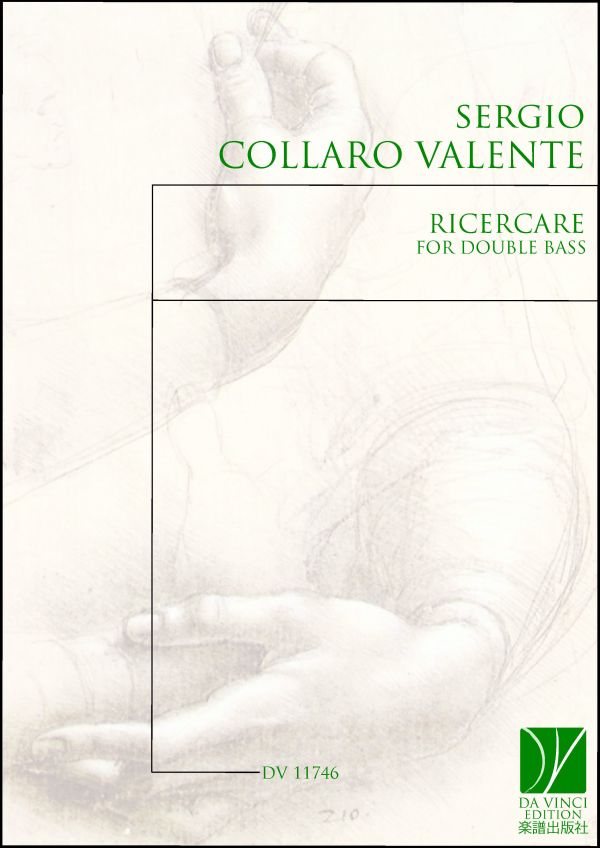 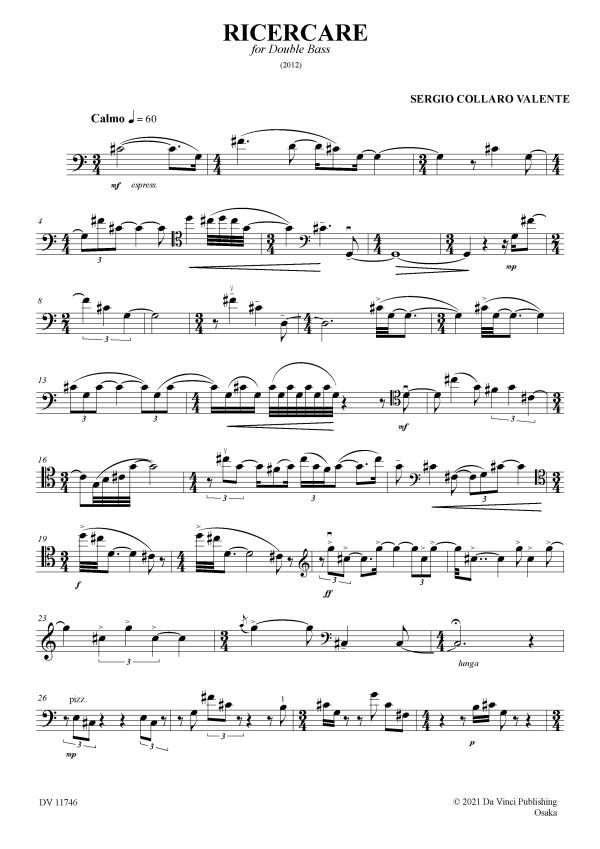 Sergio Collaro Valente is an Italian violinist, violist and composer. Born in Torre del Greco (Naples, ITALY), began to study music at the age of seven, graduating with honors in violin in 1992 in the Conservatory “San Pietro a Majella” in Naples as a pupil of Mr. Angelo Gaudino (Alberto Curci’s school). He studied chamber music with Antonio Florio and string quartet with Piero Farulli in Fiesole (Florence, ITALY). He continued his studies of violin with George Monch in Rome and with Franco Mezzena in Naples (violin course organized by “Napoli Nova” Association). Graduated in 1995 in viola in the Conservatory of Naples, he was orchestra-player for three consecutive years (1995-1997) in the Teatro Lirico Sperimentale “Belli” in Spoleto, participating in important opera productions with conductors such as Massimiliano Stefanelli, Carlo Palleschi, Massimo De Bernart, Aldo Sisillo. He has attended courses and master-classes in Italy (Morcone, Lanciano, Moneglia, Padula, San Lucido, Ischia, Sorrento, Groznjan - CROAZIA, Spoleto, Orvieto) and he has worked in some important Italian orchestras, including the Nuova Scarlatti Orchestra in Naples, I Musici Sanniti (Leonardo Quadrini conductor), I Solisti Partenopei (Ivano Caiazza conductor), the string orchestra “Kammerton” (Pierfrancesco Borrelli conductor), Molise Symphony Orchestra and, as principal violist, with the Orchestra of the Conservatory “S. Pietro a Majella” in Naples. From 2007 to 2010 he worked with the chamber orchestra “I Solisti di Napoli” under the artistic and musical direction of Filippo Zigante. In September 2009 he worked in the chamber orchestra “Domenico Cimarosa” in staging of the opera “La Finta giardiniera” by Mozart in the Teatro Comunale in Tuoro sul Trasimeno (Perugia, ITALY) under the guide of Simone Perugini. He has performed in many concerts as a soloist and member in different chamber ensembles (from duo to quintet) for important associations and festivals, including “Napoli Nova”, Ville Vesuviane, Teatro S. Anna in Torre del Greco (Naples), Ravello Music Festival, Artistic Circle Polytechnic in Naples (1997), Atina Summer Music Festival (1997)), Villa Bruno in San Giorgio a Cremano (Naples), “The Temple” in Rome , Society of Concerts in Sorrento (Naples), Auditorium Santo Stefano al Ponte in Florence, receiving wide acclaim and praise from the audience. He completed his musical formation with the study of the composition graduating in 2002 in the Conservatory of Naples, where he studied orchestral conducting under the guide of Mariano Patti and Francesco Vizioli. As a composer he has received several awards: in 2004 he won the first absolute prize with publication of his work “Sonatina for violin and piano” in the I International Composition Competition “Thema Prize 2004” in Rutigliano (Bari, ITALY) and - in the same year - he won the third prize (first prize not assigned) in the XII International Music Competition “Town of Cortemilia” - Cuneo, ITALY (section of Composition / cat. B), in 2005 has received the Diploma of Merit in the 15th International Music Competition “Town of Barletta”, in 2008 he was mentioned in the 8th Piano Composition Competition organized by “De Musica Association” in Savona (IT), in 2009 was finalist in the 12th National Composition Competition “Rosolino Toscano” in Pescara (IT), with public performance in the world premiere of his work “Three short pieces” for clarinet and piano at the “PescarAbruzzo Foundation”, in 2010 he won the second prize (first not assigned) in the 13th National Composition Competition “R. Toscano” in Pescara (Italy) with live performance of his work “Monologue” for solo viola, in 2011 and in 2012 he was finalist in the National Composition Competition “Toscano”. In 2012 he won the first absolute prize in the “I International Composition Competition - Maria Grazia Vivaldi Prize” in Montalto Ligure (IT). In November 2015 has winned the second prize in the XXIII International Music Competition in Cortemilia (section of Composition / cat. A) with his work “Pensieri” for solo piano and in November 2018 has winned the second prize in the XXX European Music Competition “Town of Moncalieri” (section of Composition / cat. B). Author of piano music, symphonic and chamber music, Sergio Collaro Valente has published his works by Vialattea Edition, Setticlavio, Esarmonia, Sconfinarte, Agenda. In 2008 he graduated with honors in Composition (II Level degree) in the Conservatory of Naples under the guide of Roberto Altieri and, also in 2008, he was an assistant teacher in the class of chamber music (string quartett) in the same Music Conservatory. He plays violin and viola in several chamber ensembles and he is very active as a composer.