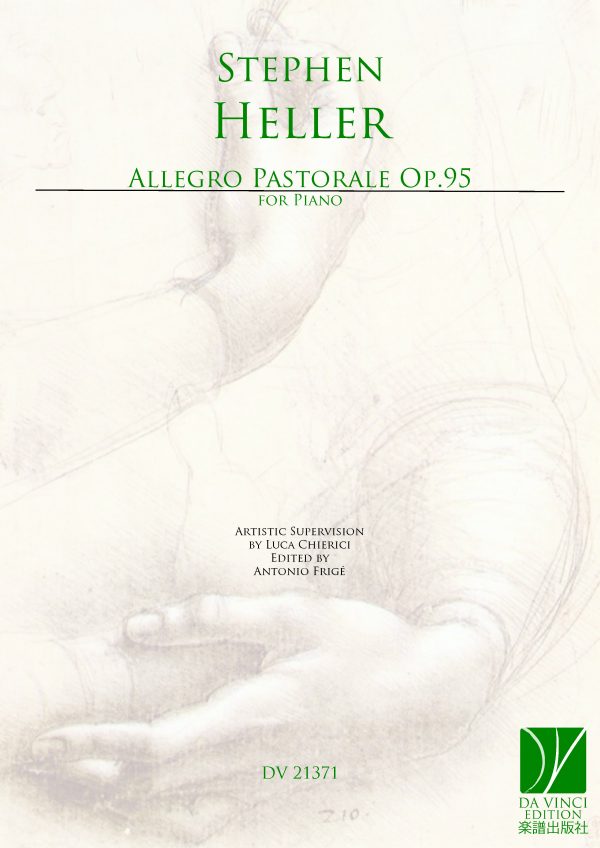 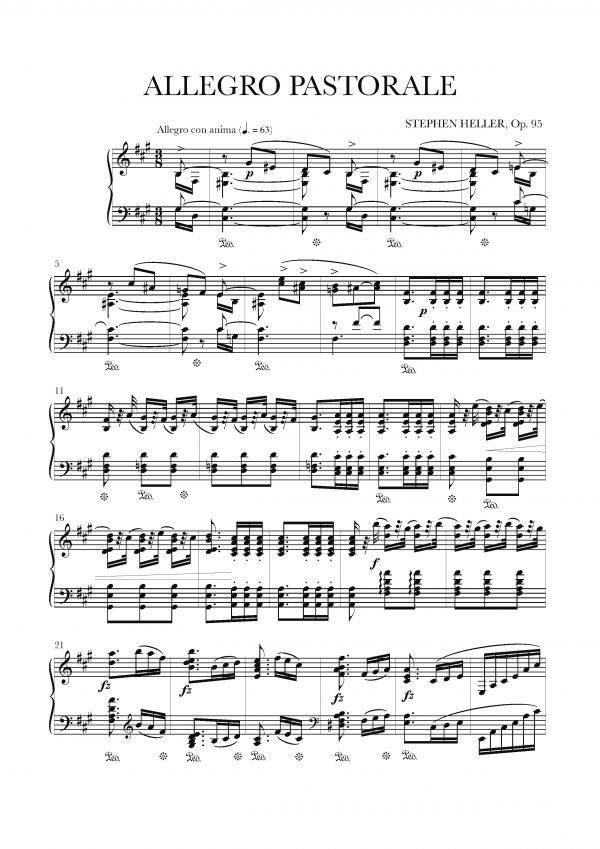 Stephen Heller (b Pest, 15 May 1813; d Paris, 14 Jan 1888). French pianist and composer of Hungarian birth. His parents were of Jewish descent and came from the vicinity of Eger (Cheb, Bohemia). He was first taught music by a regimental bandsman stationed near the Hungarian capital, and then by Ferenc Bräuer, a well-known piano teacher in Pest. He took composition lessons from an organist called Cibulka and then went to Vienna to study with Carl Czerny, but his father soon found that he could not afford the celebrated teacher’s high fees. Stephen became a pupil of Anton Halm, the teacher of Adolf Henselt and other 19th-century virtuosos. Through Halm, Heller met Schubert and Beethoven. In 1828 he made his début, and his success encouraged his father to arrange a concert tour through Hungary, Transylvania, Poland and Germany. It lasted almost two years and ended in Augsburg, where he collapsed from nervous exhaustion; intending to stay only a few weeks to recover, he remained for eight years. During this time he lived in the home of Frau Caroline Hoeslin von Eichthal, a highly intelligent and artistic woman whose son became one of his first pupils. He also came under the patronage and guidance of the cultivated Count Friedrich Fugger-Kircheim-Hoheneck, a gifted musician who encouraged him to study composition under Hippolyte Chelard, the Kapellmeister in Augsburg.

Heller’s first Augsburg compositions were numerous lieder to words by Goethe, Heine and other German poets; these have remained unpublished. (The manuscripts, formerly thought to be in the private library of the Fugger family in Augsburg, are lost.) A few years after his arrival in Augsburg, he submitted some compositions for criticism to Schumann, who reviewed them enthusiastically in the Neue Zeitschrift für Musik. He soon became one of Schumann’s favourite ‘Davidsbündler’ and was invited to serve as the Augsburg correspondent of the Neue Zeitschrift (under the pseudonym ‘Jeanquirit’ bestowed by Schumann). Schumann regarded his exchange of letters with Heller as his most interesting correspondence. In 1838 Heller moved to Paris, where he was to remain for the rest of his life, numbering Berlioz among his closest friends. To support himself Heller accepted piano pupils and wrote music criticism for the Gazette musicale. (Like Liszt, in his later years he disliked giving piano performances.) In 1883 his sight began to fail, allegedly because of his fondness for black cigars. His loyal friend Charles Hallé learnt of his condition, and with Robert Browning and Lord Leighton formed a trust fund for him. Shortly before his death Heller was made a Chevalier of the Légion d’Honneur.

The first of Heller’s more than 160 published piano compositions date from 1829. These pieces vary in difficulty; they include elementary studies in the conventional style of the period, harmonically straightforward and of simple periodic construction within a framework akin to two- or three-part song forms, as well as demanding character-pieces. In his review of two of the early works, the Introduction, variations et finale op.6 and the Sonata in D minor op.9, dedicated to his friend the Countess of Brunswick (a former patron of Beethoven), Schumann predicted a successful musical future for their composer. Writing of the op.7 Impromptus he remarked that Heller’s forms were ‘new, fantastic and free’ and that he had ‘imagination and the ability to fuse contrasting elements’; while admitting that there were many details that he did not find pleasing, he acknowledged that Heller ‘suddenly disarms criticism with a brilliant turn of phrase’ (NZM, vii, 1837, p.165). Two years later he discerned in Heller’s piano pieces a Janus-like face looking towards both his Classical antecedents and Romanticism. Heller particularly revered Beethoven as an example, and maintained a certain distance in his youthful works from his more progressive contemporaries. Heller was first noticed in Paris as a composer when he published his group of studies L’art de phraser (op.16) and when his concert study La chasse (op.29) was performed by Liszt and other virtuosos throughout Europe. His reputation as a composer primarily of studies became so entrenched that he had difficulty in gaining recognition for his other music; the accomplished studies of opp.45, 46 and 47 (1844) are still familiar to pianists and, with op.16, are among his few works still in print. His early transcriptions, together with those by Liszt, helped to acquaint the French with Schubert lieder. It was in these works and the operatic fantasias that Heller’s originality first showed itself, with chains of dissonances and chromatic shifts. The rhythmic vitality and lyricism of many of these early compositions are reflected in the music of both Bizet and Massenet, great admirers of Heller.

The first work that clearly indicated his position as a transitional figure was the suite of evocative character-pieces Spaziergänge eines Einsamen (vol.i, op.78, 1851); its reflective, introspective character suggests future developments in French music. Its subtlety and pastoral qualities are shared by his three sets of pieces Im Walde (opp.86, 128 and 136) and the Blumen-Frucht- und Dornenstücke (op.82); these and similar works can be described as ‘landscape’ or ‘nature’ music. The highly original preludes op.81, as well as the Blumen-Frucht- und Dornenstücke and Ein Heft Walzer op.145, show interesting ventures in harmony and rhythm that foreshadow the music of Saint-Saëns, Chabrier, Fauré and Debussy. Some of the other late works contain characteristics mirrored in the music of Medtner and Rachmaninoff; among them are the studies op.90, eclogues op.92, preludes op.119, studies op.125, barcarolles op.141, the Sonata in B minor op.143 and preludes op.150. Heller’s later works are characterized by their rich harmony, frequently marked by pungent dissonances and mingling of major and minor, angular and wide-ranging melodies, ostinato rhythmic figures and a highly expressive use of appoggiaturas. In them he exploits the full range of the keyboard, showing a sensitive feeling for orchestral colour in his unusual pedal effects, frequent changes of registration and imaginative use of dynamics. The exhilarating effect of his music for the performer owes much to its incisive, vital rhythms and the grateful manner in which the notes lie under the fingers. The frequent use of doublings and parallelism in his last, transparently textured works is another significant indication of Heller’s transitional position between late German Romanticism and French Impressionism. His later compositions were remarked on for their rejection of overt Romanticism, but such contemporaries as Hans von Bülow failed to appreciate the singularity of his style, and rejected him as he gradually became more isolated from the mainstream.