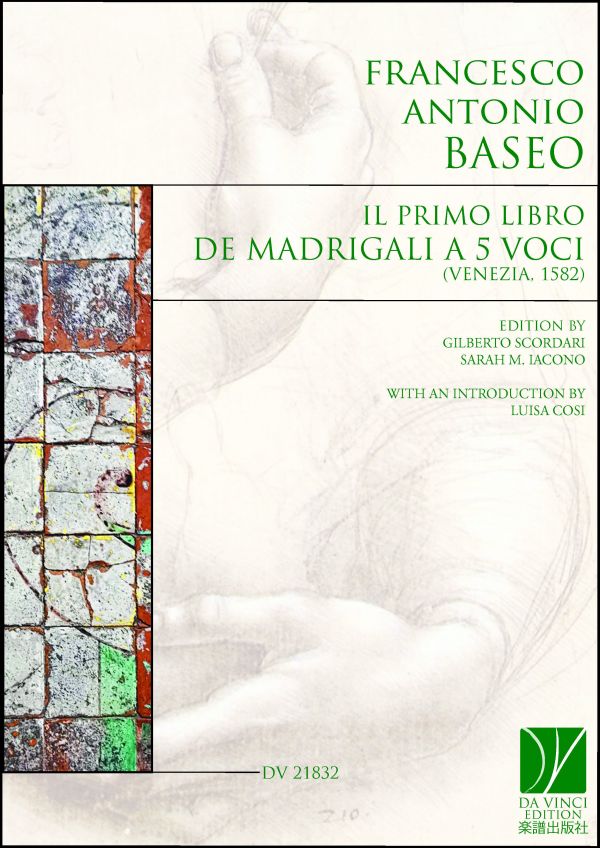 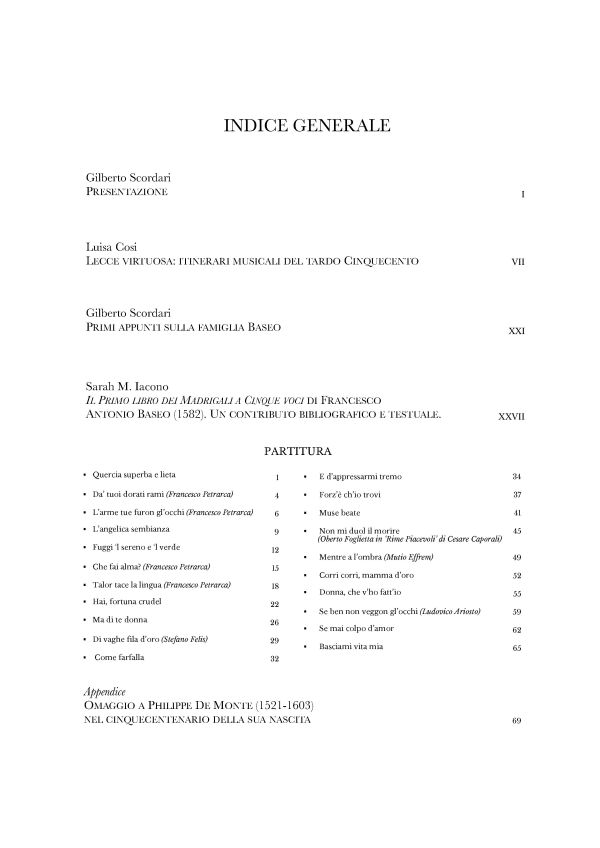 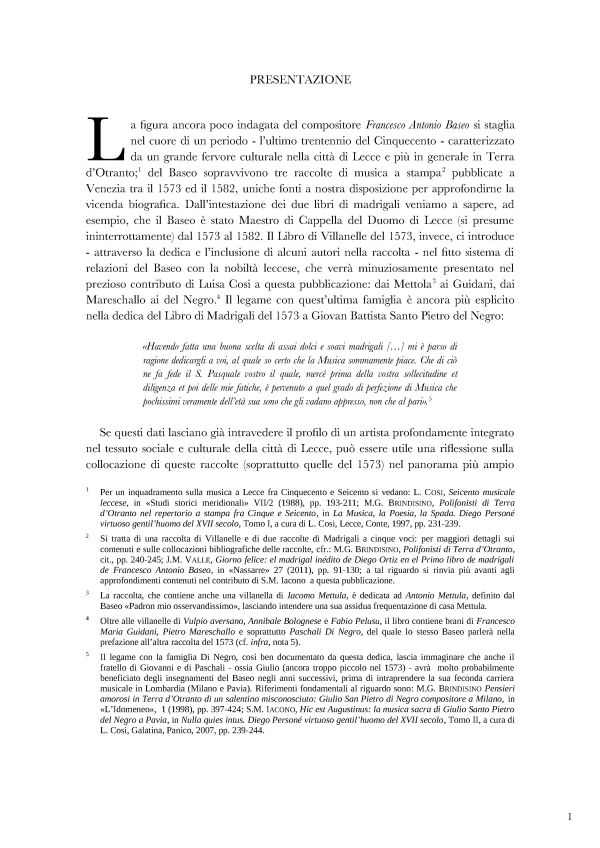 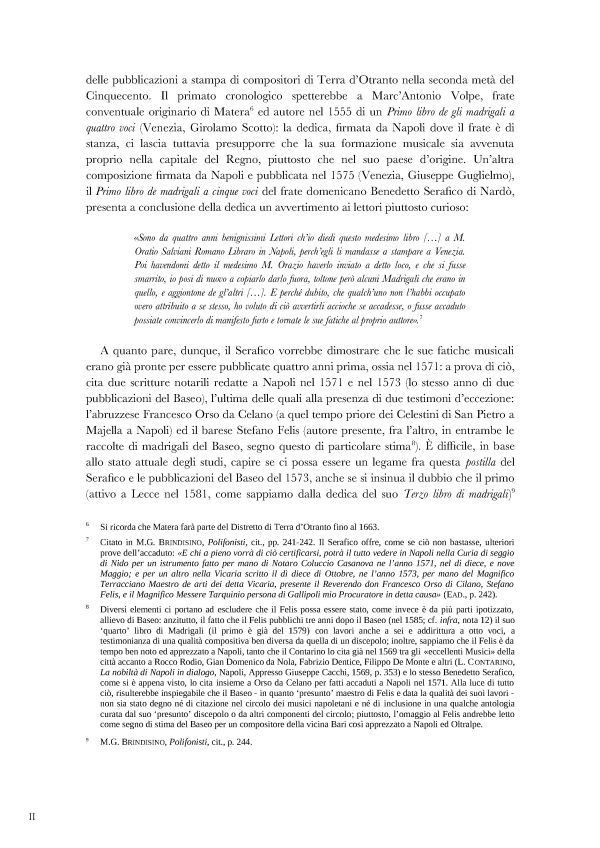 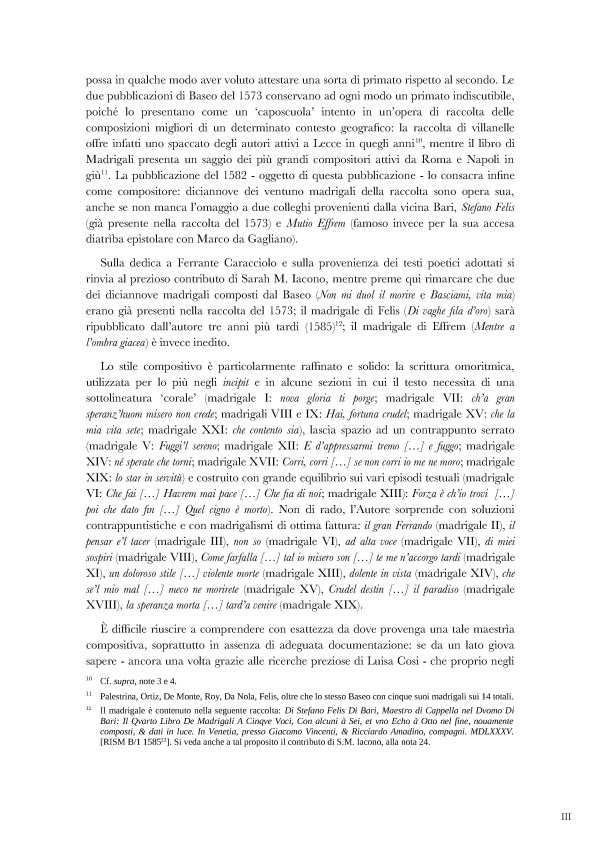 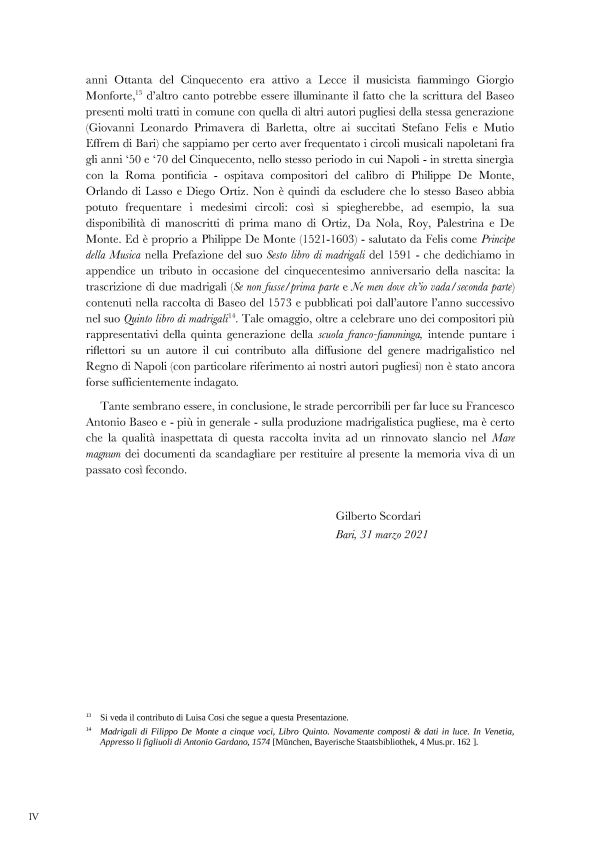 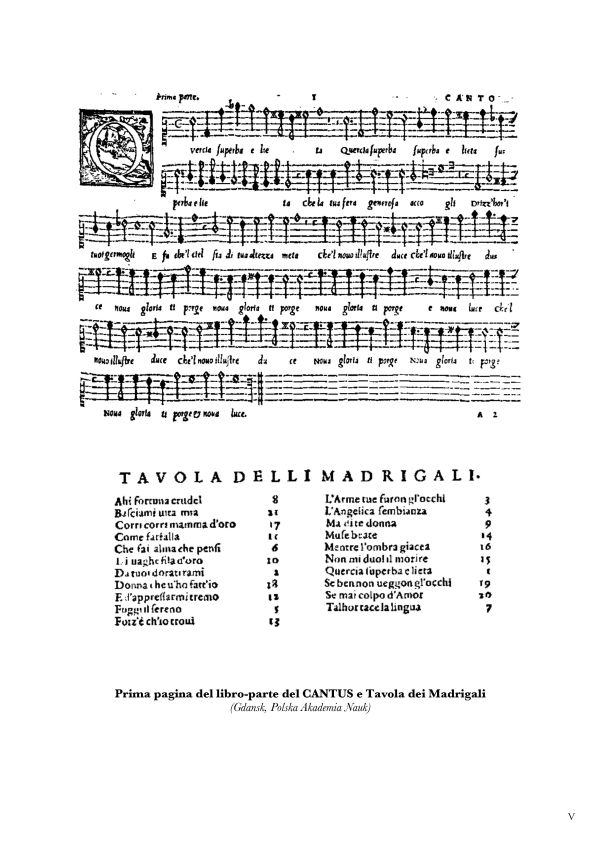 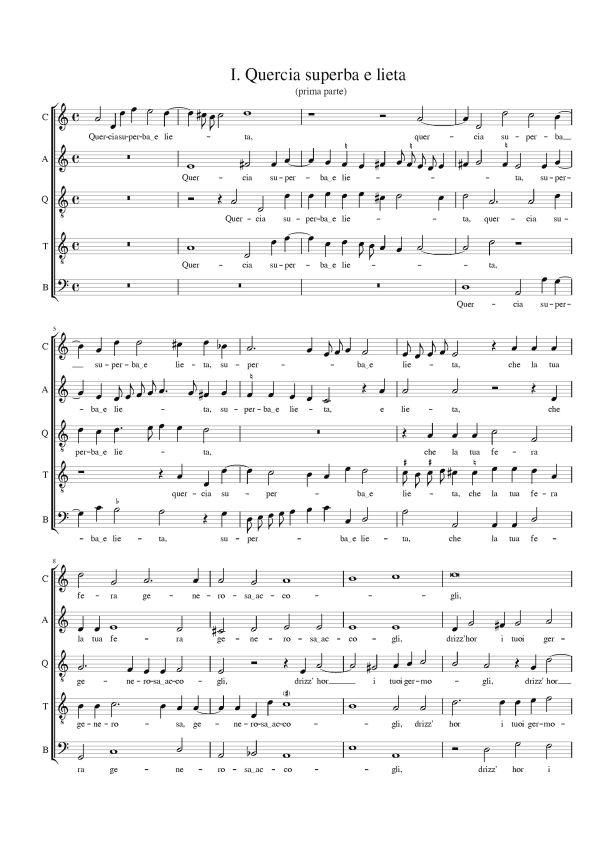 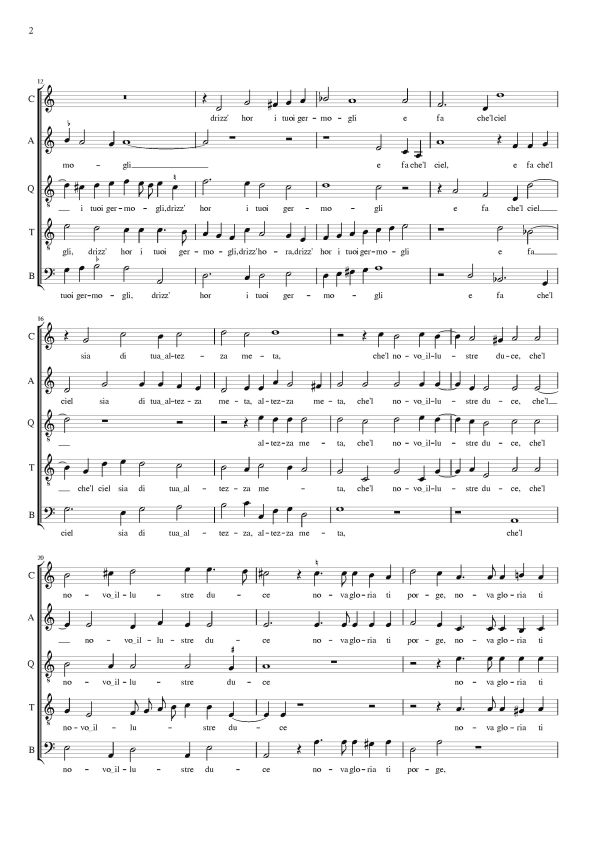 Francesco Antonio Baseo: (b Lecce; fl 1573–82). Italian composer. Of the 28 compositions in his earliest recorded publication, Il primo libro delle canzoni villanesche alla napolitana a quattro voci (Venice, 157317), only 18 are by Baseo himself, the rest being the work of seven other composers, unknown except for these pieces, together with some anonymous works. This, together with the tone of the dedication to Baseo’s patron Antonio Mettula, suggests that the book represents the activities of a small musical academy that gathered at Mettula’s house in Lecce and which included other members of Mettula’s family. According to the title-page of the Primo libro de madrigali a cinque voci, composti da diversi eccell. autori (Venice, 157316), Baseo had been appointed maestro di cappella at Lecce Cathedral by this date. The publication, which was assembled by Baseo, contains five of his own compositions together with pieces by Felis, Le Roy, Monte, Nola, Ortiz and Palestrina.