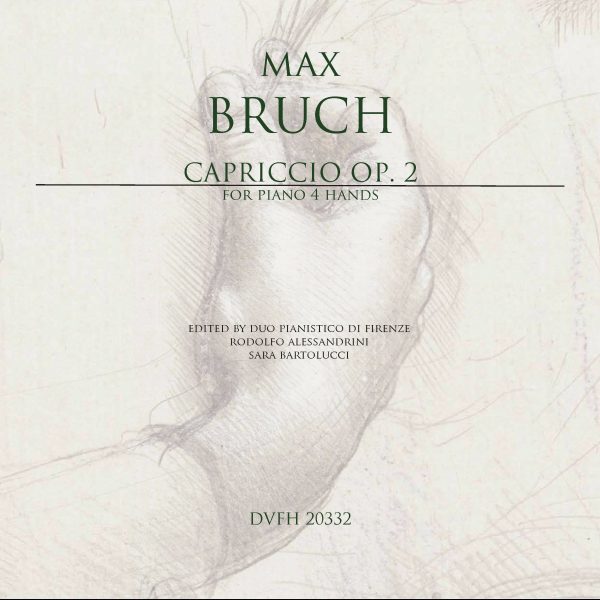 Max Bruch: (b Cologne, 6 Jan 1838; d Friedenau, Berlin, 2 Oct 1920). German composer. The son of a police official, Bruch received his first musical education from his mother, herself a singer. He began to compose from the age of nine; a Septet, written when he was 11, bears early hallmarks of his future style and assured scoring. At 14 he won the coveted Frankfurt Mozart-Stiftung Prize, which enabled him to study with Hiller, Reinecke and Ferdinand Breunung. His first substantial work was an opera based on Goethe’s Scherz, List und Rache, written and performed in Cologne in 1858 (no orchestrated version survives), after which his teachers encouraged him to travel throughout Germany. He went to Leipzig, a city whose musical life was still dominated by Mendelssohn’s influence, but settled in Mannheim between 1862 and 1864. There he wrote two works which would bring his name before the German public, the opera Die Loreley and the male-voice cantata Frithjof. The opera, based on the Rhine legend and to a libretto by Emanuel Geibel (Mendelssohn considered it shortly before his death), is most effective in the second act, in which the heroine enters into a pact with the river spirits. After a few successful performances in German and other European cities, brief revivals in Leipzig under the young Mahler (1887) and in Stuttgart under Pfitzner (1916), the opera disappeared from the repertory until stagings in Oberhausen (1984) and its British première in London (1986). Bruch wrote one further opera, Hermione (based on The Winter’s Tale), in 1870, but it had no success. Frithjof, however, was the first of many successful choral works which kept his name before the German public throughout his long life.

From 1865 to 1867 Bruch was music director to the court at Koblenz, and it was there that he wrote his first violin concerto, in G minor op.26, the work with which his name has always been associated (much to his distaste, for most of his other compositions were subsequently neglected). His friendships with such violinists as David, Joachim, Sarasate and Willy Hess, and the advice he received from them, inspired nine concerted works for that instrument, which ‘can sing a melody better than a piano, and melody is the soul of music’. The slow movement of op.26 is a fine example of Bruch’s ability to shape a melody. Between 1867 and 1870 he held a similar court post at Sondershausen and, after a freelance career as a composer until 1878, held conducting posts in Berlin (1878–80), Liverpool (1880–83) and Breslau (1883–90). He then directed a masterclass in composition at the Hochschule für Musik in Berlin (1890–1911), where he died at the age of 82, honoured but lonely and somewhat neglected as a composer. His utter distaste for and outspoken criticism of the New German School of Wagner and Liszt isolated him more and more throughout his life. His reverence for the music of Mendelssohn and Schumann and his resistance to change meant that works written at the end of his life, such as the chamber music of 1918, sounded much the same as those compositions dating from 60 years earlier, although his ability to orchestrate almost equalled his melodic invention. He wrote three symphonies (1868, 1870, 1882), all of which contain good material. Bruch was respected as a teacher in his later years, with Respighi and Vaughan Williams among his pupils in his Berlin composition classes. He was awarded an honorary doctorate by Cambridge University in 1893.

Bruch loved folk music as a source of melody, and many of his works were derived from such countries as Scotland (Scottish Fantasy op.46, Das Feuerkreuz op.52), Sweden (Serenade on Swedish Melodies op.posth., Swedish Dances op.63) and Russia (Suite on Russian Folk Melodies op.79b). During his Berlin years he conducted the Sternscher Gesangverein, a choir from whose Jewish members he received material used in his three Hebrew songs, published in 1888, and Kol nidrei op.47. Both works were written in Liverpool, where he succeeded Sir Julius Benedict as conductor to the Philharmonic Society for three somewhat turbulent years. He was appointed on the strength of the successful performances he conducted there of his secular oratorios Odysseus op.41 in 1877 and Das Lied von der Glocke op.45 in 1879. These large works, together with Arminius op.43, Achilleus op.50 and Moses op.67, were often performed and well received throughout Germany, particularly during the 1870s when the country was unified under Bismarck and the subject matter appealed to prevailing nationalist sentiments. However their appeal in the British Isles and the USA (he conducted several American choral societies on a visit in 1883) was somewhat short-lived, largely because of poor translations and anti-German feeling at the outset of World War I; nevertheless several performances have occurred in more recent years. Max Bruch’s precocious gifts remained largely unfulfilled for two reasons. He was an exact contemporary of Brahms and was forced to exist in the shadow of his greater colleague even beyond the latter’s death over 20 years before his own, and the stubborn resistance he maintained to musical developments largely instigated by Wagner stifled any of his own originality. Nevertheless his name will endure, if only thanks to one superb violin concerto.