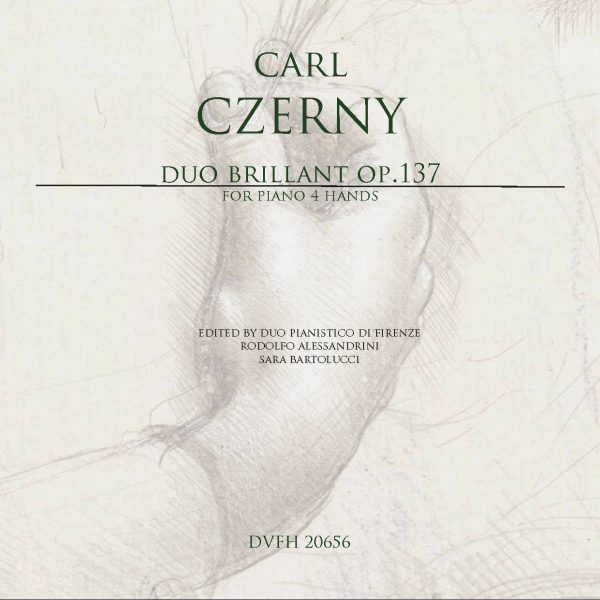 Carl Czerny: (b Vienna, 21 Feb 1791; d Vienna, 15 July 1857) Austrian piano teacher, composer, pianist, theorist and historian. As the pre-eminent pupil of Beethoven and the teacher of many important pupils, including Liszt, Czerny was a central figure in the transmission of Beethoven’s legacy. Many of his technical exercises remain an essential part of nearly every pianist’s training, but most of his compositions – in nearly every genre, sacred and secular, with opus numbers totalling 861, and an even greater number of works published without opus – are largely forgotten. A large number of theoretical works are of great importance for the insight they offer into contemporary musical genres and performance practice.

The primary source of information about Czerny is his autobiographical sketch entitled Erinnerungen aus meinem Leben (1842). In it, he describes his paternal grandfather as a good amateur violinist, employed as a city official in Nimburg (Nymburk), near Prague. Czerny’s father, Wenzel, a pianist, organist, oboist and singer, was born there in 1750, and received his education and a good musical training in a Benedictine monastery near Prague. After marriage, Wenzel settled in Vienna in 1786, where he earned a meagre existence as a music teacher and piano repairman. Czerny, an only child, was born in Vienna in the year of Mozart’s death. He and his parents resided together until his mother’s death in 1827, and his father’s in 1832. He never married, and lived alone for the remainder of his life.

Czerny describes his childhood as ‘under my parents’ constant supervision… carefully isolated from other children’. He began to study the piano with his father at an early age, and by ten was ‘able to play cleanly and fluently nearly everything of Mozart [and] Clementi’. His first efforts at composition began around the age of seven. In 1799, he began to study Beethoven’s compositions, coached by Wenzel Krumpholz, a violinist in the Court Opera orchestra, who introduced him to Beethoven when he was ten. Czerny played for him the opening movement of Mozart’s C major Piano Concerto, k503, the ‘Pathétique’ Sonata, and the accompaniment to Adelaide, which his father sang. Beethoven indicated that he wanted to teach Czerny several times a week, and told his father to procure C.P.E. Bach’s Versuch. Czerny describes the lessons as consisting of scales and technique at first, then progressing through the Versuch, with the stress on legato technique throughout. The lessons stopped around 1802, because Beethoven needed to concentrate for longer periods of time on composition, and because Czerny’s father was unable to sacrifice his own lessons in order to take his son to Beethoven. Czerny neverthless remained on close terms with the composer, who asked him to proofread all his newly published works, and entrusted him with the piano reduction of the score of Fidelio in 1805.

In 1800, Czerny made his public début in the Vienna Augarten hall, performing Mozart’s C minor Concerto k491. He was renowned for his interpretation of Beethoven’s work, performing the First Concerto in C major in 1806, and the ‘Emperor’ in 1812. Beginning in 1816 he gave weekly programmes at his home devoted exclusively to Beethoven’s piano music, many of which were attended by the composer. Apparently he could perform all of Beethoven’s piano music from memory. Although his playing was praised by many critics (‘uncommonly fiery’, according to Schilling), he did not pursue a career as a performer. He made arrangements for a concert tour in 1805, for which Beethoven wrote a glowing testimonial, but although he describes himself at this time as quite proficient as a pianist, sight-reader and improviser, he concedes that ‘my playing lacked the type of brilliant, calculated charlantry that is usually part of a travelling virtuoso’s essential equipment’. For these reasons, in addition to political instability and the modest income of his family, he chose to cancel the tour. He also apparently decided at this point never to undertake the life of a travelling virtuoso, a path that would have made him more widely known as a performer. Instead, he decided to concentrate on teaching and composition.

He spent a good deal of time with Clementi when the latter was in Vienna in 1810, becoming familiar with his method of teaching, which Czerny greatly admired and incorporated into his own pedagogy (His op.822 is entitled the Nouveau Gradus ad Parnassum). In his early teens Czerny began to teach some of his father’s students. By the age of 15, he was commanding a good price for his lessons, and had many pupils. In 1815, Beethoven asked him to teach his nephew, Carl. As his reputation continued to grow, he was able to command a lucrative fee, and for the next 21 years he claims to have given 12 lessons a day, 8 a.m. to 8 p.m., until he gave up teaching entirely in 1836. In 1821, the nine-year-old Liszt began a two-year period of study with Czerny. The teacher noted that ‘never before had I had so eager, talented, or industrious a student’, but lamented that Liszt had begun his performing career too early, without proper training in composition. Czerny also taught Döhler, Kullak, Alfred Jaëll, Thalberg, Heller, Ninette von Bellevile-Oury and Blahetka.

Around 1802, Czerny began to copy out many J.S. Bach fugues, Scarlatti sonatas and other works by ‘ancient’ composers. He describes learning orchestration by copying the parts from the first two Beethoven symphonies, and several Haydn and Mozart symphonies as well. He published his first composition in 1806 at the age of 15: a set of 20 Variations concertantes for piano and violin op.1 on a theme by Krumpholz. Until he gave up teaching, composition occupied ‘every free moment I had’, usually the evenings. The popularity of his first ten opus numbers issued in 1818–19, and of his arrangements of works by other composers, made publishers eager to print anything he would submit, and he earned a substantial amount from his compositions.

The quantity and diversity of Czerny’s compositional output is staggering. He divided his works into four categories: 1) studies and exercises; 2) easy pieces for students; 3) brilliant pieces for concerts; and 4) serious music. As Kuerti (1995, p.7) notes, it is interesting and revealing that he did not regard the ‘brilliant pieces for concerts’ as ‘serious music’. The compositions for piano illustrate the explosion in the number of works published for the instrument at a critical time in its development. In addition to approximately 100 technical studies, Czerny published piano sonatas, sonatinas and hundreds of shorter works, many of which were arranged for piano, four to eight hands. He also published a plethora of works based on national anthems, folksongs, and other well-known songs. Works for other instruments and genres include much symphonic and chamber music, as well as sacred choral music. Mandyczewski’s tabulation of the works remaining in manuscript in the Vienna Gesellschaft der Musikfreunde includes over 300 sacred works. Czerny published approximately 300 arrangements without opus numbers. These works are based on themes from approximately 100 different operas and ballets, plus symphonies, overtures and oratorios by such composers as Auber, Beethoven, Bellini, Cherubini, Donizetti, Halévy, Handel, Haydn, Hérold, Mendelssohn, Mercadante, Meyerbeer, Mozart, Rossini, Spohr, Verdi, Wagner and Weber.

The predominant view of Czerny at the end of the 20th century – of the pedagogue churning out a seemingly endless stream of uninspired works – is that propagated by Robert Schumann in his reviews of many Czerny compositions in the Neue Zeitschrift für Musik (‘it would be hard to discover a greater bankruptcy in imagination than Czerny has proved’, review of The Four Seasons, 4 brillant fantasias op.434). However, Schumann’s rather cavalier dismissal of Czerny was not uniformly shared. During his sojourn in Vienna (1829), Chopin was a frequent visitor at Czerny’s home, and a good deal of correspondence between the two survives. One of Liszt’s letters from Paris to his teacher in Vienna (26 August 1830) describes his performances of Czerny’s Piano Sonata no.1 in A major op.7, and the work’s enthusiastic reception. He urged Czerny to join him in Paris. Liszt’s high regard is again seen in his inclusion of Czerny as one of the contributors to his Hexaméron, the Grand Variations on the March from Bellini’s I puritani, arranged by Liszt, and including variations by Chopin, Czerny, Herz, Liszt, Pixis and Thalberg, composed in 1837. Perhaps even more striking and challenging is Kriehuber’s famous portrait (1846), which depicts, assembled around Liszt at the piano (in addition to a self portrait of the painter), Berlioz, Czerny and the violinist Heinrich Ernst, who was regarded as one of the greatest virtuosos of the 19th century. All are lost in the Romantic reverie evoked by Liszt’s performance. Perhaps this symbolizes Beethoven’s spirit as transmitted by Czerny to Liszt, Berlioz and Ernst.

Czerny’s complete schools and treatises combine sound pedagogy with remarkable revelations about contemporary performing practices, and present a detailed picture of the musical culture of the day. He assigned prominent opus numbers to his four most ambitious instructional works. In the Fantasie-Schule, opp.200 and 300, he uses stylized models and what he terms a ‘systematic’ approach to improvising preludes, modulations, cadenzas, fermatas, fantasies, potpourris, variations, strict and fugal styles and capriccios. His Schule des Fugenspiels, op.400, comprising 12 pairs of preludes and fugues, is intended as a study in multi-voiced playing for pianists. His most substantial work, the Pianoforte-Schule, op.500, covers an extraordinary range of topics, including improvisation, transposition, score reading, concert decorum and piano maintenance. The fourth volume (added in 1846) includes advice on the performance of new works by Chopin, Liszt and other notable composers of the day, as well as on Bach and Handel, and Czerny also draws on his reminiscences of Beethoven’s playing and teaching. In his last major treatise, the Schule der praktischen Tonsetzkunst, op.600, he returns to the models of form and descriptions of style first expounded in his op.200, but here uses them for the instruction of composers.

Czerny’s works reveal, in addition to the familiar pedagogue and virtuoso, an artist of taste, passion, sensitivity, drama, lyricism and solitude. Douglas Townsend sees in the four-hand sonata in C minor op.10 (Sonata sentimentale) a fine example of the composers who straddled the classical tradition and early romanticism. Kuerti (1995, p.491) has described the Third Sonata in F minor op.57 as ‘outstandingly original’; because it is in the same key and carries the same opus as Beethoven’s ‘Appassionata’, Kuerti suggests that Czerny may have been challenging his former master to a duel in the work. Townsend describes the Concerto in C major for piano four hands and orchestra, op.153 as ‘an interesting example of the late classical piano concerto combined with the emerging bravura piano technique of the mid-nineteenth century’. Certain of the exercises stand as fine compositions in their own right, such as some of the character pieces found in the Left Hand Etudes, op.718, and the Art of Finger Dexterity, op.740.

Czerny’s will (published in Dwight’s Journal of Music, 15 August 1857) details the sizable fortune he had amassed from his published works and wealthy pupils. He left his considerable library to the Gesellschaft der Musikfreunde.

by STEPHAN LINDEMAN (with GEORGE BARTH)

from From New Grove Dictionary of Music and Musicians