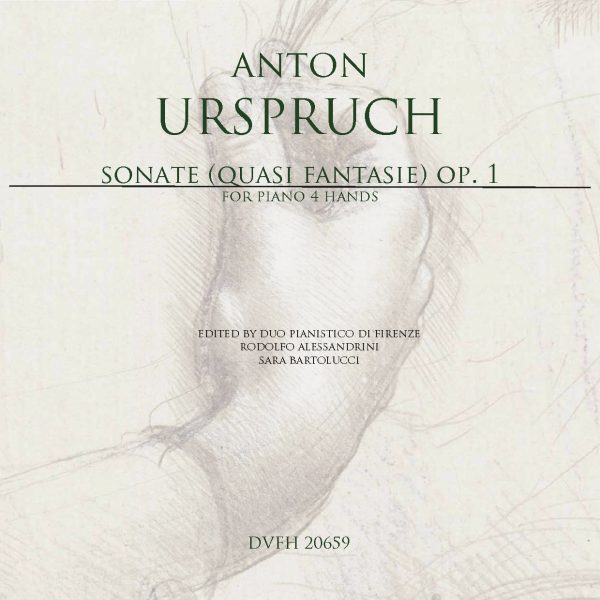 Anton Urspruch: (b Frankfurt, 17 Feb 1850; d Frankfurt, 7 Jan 1907). German composer, pianist and teacher. He studied composition with Ignaz Lachner and Joachim Raff, and in 1871 went to Weimar to complete his piano studies with Liszt, where his contact with the Weimar circle had a decisive effect on his subsequent development. He then devoted himself to composition, and became in 1878 teacher and, from 1883, professor of counterpoint and composition at the Hoch Conservatory in Frankfurt. Urspruch’s compositions were only moderately influenced by the developments taking place at the end of the 19th century and little, if at all, by Wagner. He wrote three operas, Der Sturm (libretto by Pirazzi, after Shakespeare), and Das Unmöglichste von allem and Heilige Cäcilie, both to his own librettos (the orchestration of the last is complete only for Act 1, and sketched for Acts 2 and 3; a complete piano score survives); his other works comprise a large number of songs, both for chorus and for solo voice, a symphony, a piano concerto, a piano quintet and other chamber music, and piano works. His compositions (all in D-F) were popular in their day and are characterized by harmonic originality (including both unusual chromatic progressions and reminders of 16th-century vocal polyphony), ingenious contrapuntal treatment and progressive orchestral style (e.g. Die Frühlingsfrier, a setting of Klopstock’s Ode for tenor, chorus and orchestra). He also worked for a revival of Gregorian chant, his extensive research resulting in his publication of Der gregorianische Choral und die Choralfrage (Stuttgart and Munich, 1901).