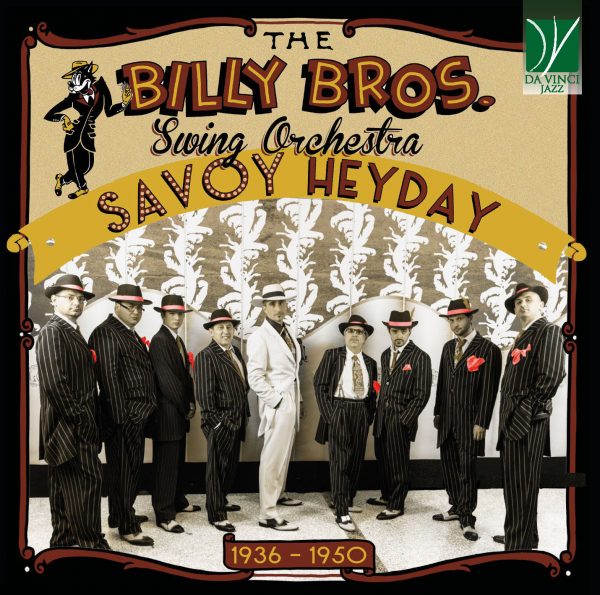 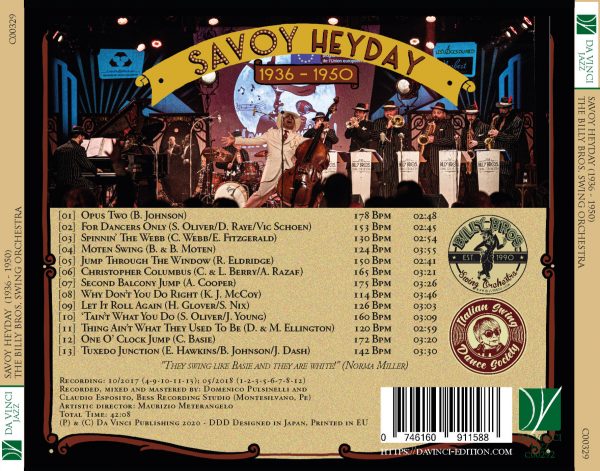 BILLY BROS. Swing Orchestra: Swing and Jump-Swing of the golden age of the black Big Bands: hard, thrilling and swinging!
The sound impact and the repertoire of the Billy Bros. Swing Orchestra are a unique experience that catapults you immediately into the Savoy Ballroom of Harlem, N.Y., in full "Swing Craze". Delivering the sound of the thirties and forties, embellished with personalized arrangements, the band focuses on the repertoire of the Count Basie Orchestra and of the major black orchestras of the Savoy Ballroom. Founded in Sept. 1990 by the Meterangelo brothers as R’n’R Trio, over the years it has expanded the line-up and worked on a more challenging and swinging repertoire. Going back in the history of music, beginning from the late 50’s Rock 'n' Roll, the band worked on mid 50's Jumpin' Jive (Billy Bros.), early 50's Jump-Blues /Rhythm & Blues (The Wild Party), mid 40's Jive (Craze Radio Daze), 40’s/50’s Italian Swing (Swing Italiano), the Count Basie Orchestra (A Swingin' Love Fest), Swing /Jump-Swing of the black orchestras (Savoy Heyday). It is currently working on the roots of the Swing of the late 20s/early 30s (future CD project). This elegant, flamboyant and crazy orchestra for years has reproduced the 3 + 3 + 3 formula dear to Count Basie, for a total of nine Hepcats supported by the voice of Lady Swing and led by the anachronistic visionary Big Daddy. Over the years it has collected three European Tours and several concerts in the best Jazz, Swing, Blues and Rock Festivals of England, France, Germany, Denmark, Spain, Switzerland, Slovenia, Holland and Italy. The live shows are enriched by Chester Whitmore’s choreographies (USA) and completed by notes of retro culture, stage antics, stand-up comedy’s quotes and a great display of vintage clothes. The Billy Bros. Swing Orchestra has been the official band of the Queen of Swing "Norma Miller" with whom in 2017 it released the CD "A Swingin' Love Fest" which will be followed by a new project in the next future. The band has recorded five CDs and took part in seven compilations released in Italy, England, Germany, France, Argentina, USA and Japan; it boasts radio / television broadcasts from Vladivostok to Chicago.