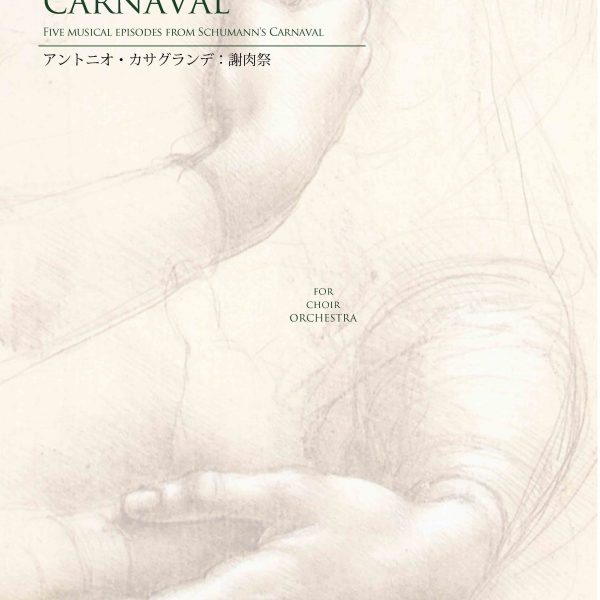 Antonio Casagrande started his musical studies at Conservatory “F.A.Bonporti” of Trento in 2000 with composition under M° Armando Franceschini and Doublebass under M°Massimiliano Rizzoli. At the same institute he studied composition also with M°Luca Cori and M°Leonardo Polato, and finished his master degree with M° Ugoletti Paolo at Conservatory of Brescia. He studied at “Accademia Romano Romanini” in Brescia in the Azio Corghi’s and Mauro Bonifacio’s class and with the same teachers at Verona Opera Academy of Verona where he has done the third level of the master. He participated in several masterclasses and summer courses like in Sermoneta with M°Alessandro Solbiati, in Monterubbiano under M°Stefano Gervasoni, in Aix en Provance with M°Manfred Trojhan. He won few national and international competition of composition like the first prize at the “Antonio Manoni” competition (2010), the second prize at the XVII International Composition Competition “2 Agosto” of Bologna (2011), the second prize at the I. International Composition Competition of Conservatory of S.Cecilia in Rome (2011) and he received a special mention to the first International Composition Competition of the “Fabbrica del Duomo di Milano” (2013). His works are published by Berben Edition (IT) in Ancona, Studiomusicalicata in Noto (IT) and M.A.P. Edition in Milano. He received commissions from some of the most important orchestras and groups of Italy like “Orchestra Haydn” of Bolzano and Trento, the group “Sonata Islands” and the duo “Hungarian Fantasy”, The Orchestra of the Municipal Theater of Bologna, String quartet “Quartetto di Cremona”. He is graduated in second level master in Doublebass (2011) and he had studied in Accademia W.Stauffer of Cremona under M°Franco Petracchi too. He played in many important orchestras like ”Ensamble Zandonai” of Trento, Orchestra da camera of Brescia, Orchestra da camera of Mantova (OCM) and “Haydn Orchestra” of Bolzano and Trento and Orchestra of Tiroler festspiele of Erl (AT). His music has been played in many important Cities of Italy and Europe like London, Paris, Milan and Bologna. He is teaching Double bass at the Liceo Musicale “A.Manzoni” of Varese and Theory, Analysis and Composition at the Liceo Musicale “P.Gobetti” of Omegna. He’s actually working for a new piece for the festival “Settimane Mahleriane” in Dobbiaco.