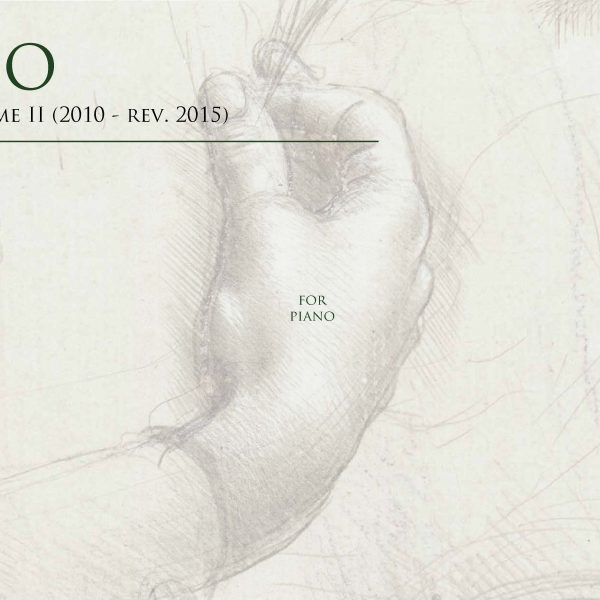 Lorenzo Meo is an Italian pianist and composer, currently living in Zurich, Switzerland. He made his debut concerto appearances performing the Rachmaninov Second Piano Concerto and Mozart’s Piano Concerto K.491 in 2002. Since then Lorenzo Meo has made several significant appearances, performing with important orchestras and ensembles in prestigious Italian and International venues.

Actively engaged in the performance of contemporary music, Lorenzo Meo regularly premieres works written expressly for and dedicated to him. As a particularly renowned interpreter of Estonian composer Jaan Rääts, he recorded his piano works for the albums “Boundaries” (2005) and “The E.P.M. Project” (2009). His discography includes, beside the previously mentioned compositions of Jaan Rääts, recordings of works by Hilding Rosenberg, Erkki-Sven Tüür, Arnold Schoenberg, and Toru Takemitsu, alongside several recordings of works of 21st Century Composers.

As a chamber musician he performed with various ensembles and interpreters. From 2000 to 2005, he played in an acclaimed duo with violist Antonello Farulli. His activity with electroacoustic composer Luigi Pizzaleo has been of particular interest, ranging over a wide variety of productions for piano and live electronics, from 20th Century repertoire to improvisation and multimedia projects. Since 2014, Lorenzo Meo has been collaborating as a duo with Ukrainian violinist Anastasiya Petryshak, performing a wide range of repertoire.

Lorenzo Meo graduated from the Conservatoire “G.B. Martini” in Bologna with a degree in piano, studying with Maria Grazia Noferini Babini. He has attended masterclasses as both a soloist and chamber musician at several important musical institutions in Italy, including the “Accademia Nazionale di Santa Cecilia” in Rome, the “Accademia Musicale Pescarese” and the “Accademia Clodiense”, studying closely with interpreters like Aldo Ciccolini, Boris Bekhterev, Paolo Bordoni, Konstantin Bogino. A prizewinner of several international piano competitions, he also received a Master’s Degree in chamber music at the National Academy of Santa Cecilia in Rome with Rocco Filippini.