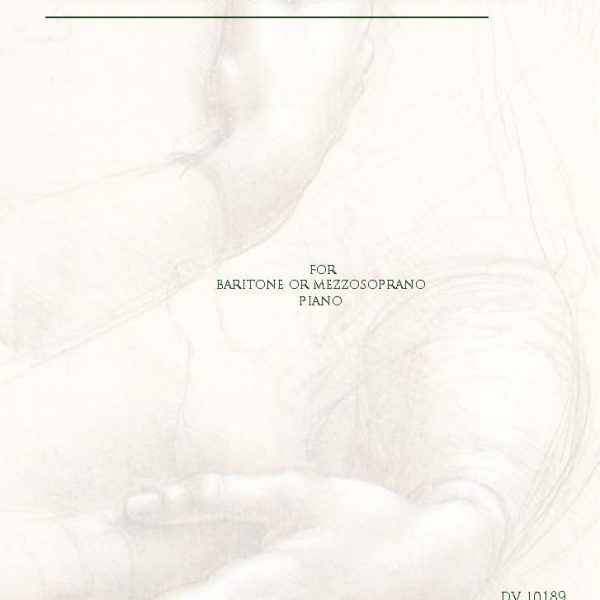 Even, Pierre: Goethe-Selige Sehnsucht op.53, for baritone or mezzosoprano and Piano

Pierre Even, Luxembourger, born 4 December 1946. Descendant of the Even Family from Beaufort (Luxembourg) and Metz (France). Studied 1959-1966 piano and composition at the Conservatory of Wiesbaden with Karl Wilhelm Bruehl and Heinrich Steuernagel. Studied law, music and history from 1966-1973 at the Universities of Frankfurt, Wuerzburg and Mainz; history of music with Prof. Lothar Hoffmann-Erbrecht, esthetic of music with Prof. Theodor W. Adorno, and sacred music with Prof. Diethard Hellmann. Apart from this, as a composer, he is an autodidact. First Juridical State Diploma in 1973, Great Juridical State Diploma (qualification for judgeship) in 1976.

Pierre Even began composing in 1964. His early works for string orchestra, for various ensembles and organ are influenced by the music of Paul Hindemith, the Second Viennese School and Hans-Werner Henze. They were performed between 1966 and 1974 in Germany. During thirty years, Pierre Even then intensified its research and publications include numerous articles and books on the history of Nassau and Luxembourg. After a few creations of chamber and sacred music during this period, he started again composing in 2003.

Since then, public performances of his works for orchestra, chamber ensembles, vocals, piano and organ have taken place in in several places in Luxembourg, Germany, France, Belgium, the United States of America and the PR of China, by the Luxembourg Sinfonietta, the Chamber Orchestra of Luxembourg, the Johann-Strauss-Orchestra Wiesbaden, the sopranos Byung-Lyul Lee, Diana Gamet and Patricia Freres, the tenor Donald George, the baritones Frank Günther and Jean Delobel, the pianists Pierre Alzin, Susanne Duch, Kristi Becker, François Germain, Kae Shiraki, Lucy Mauro, Maria Sofianska, Elodie Vignon, Claudine Renou-Fages and Jean-Michel Gourlain, the violinists Hao-Xing Liang, Dora Entcheva-Heinen and Marie-Denise Heinen, and the cellists Stephan Breith and Marie-Jeanne Baudot. His works have also been performed by Sabine Ambos (recorder), Mirjana Petercol (accordion), the members of the orchestra of the State Opera of Wiesbaden, the “Ensemble Metafora” Luxembourg; the string quartet “Quatuor Koch” Luxembourg; the string quartet of the Wiesbaden Music Academy; the brass quartet of the State Opera of Saarbruecken, the clarinet quartet of the Conservatory of Luxembourg, by different ensembles of the Wiesbaden Music Academy, and by several church choirs and organists like Carlo Hommel (Luxembourg), Doris Hagel (Weilburg) and Walter Haacke (Wiesbaden).

Pierre Even lives in Wiesbaden (Germany) as a barrister of law and is the director of the Grand-Ducal Archives in Luxembourg. He is married to Heide H. Even.