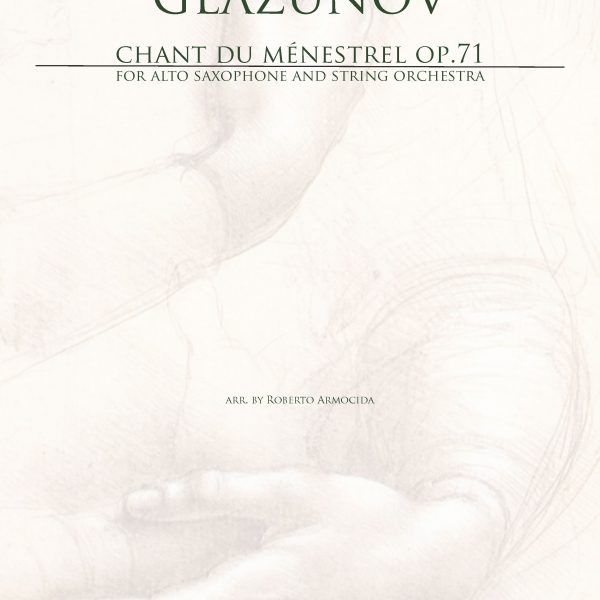 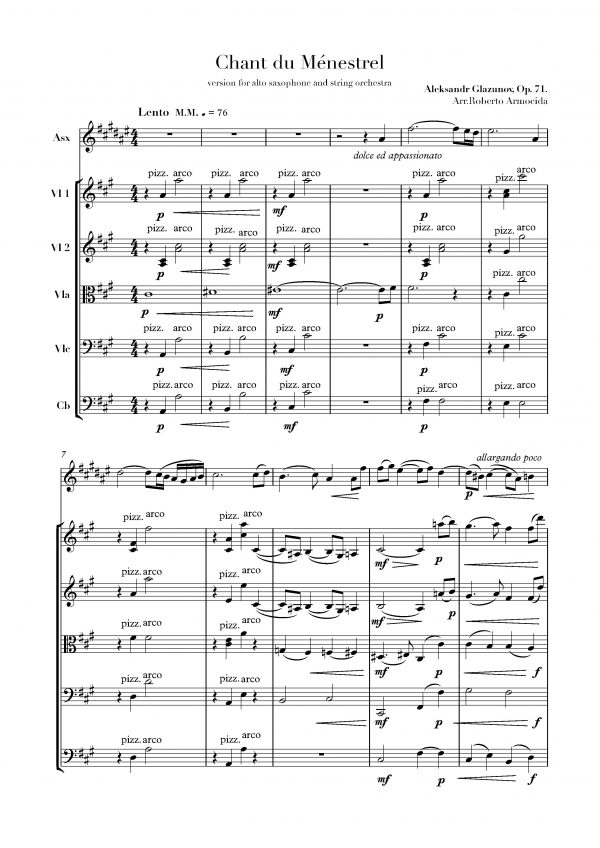 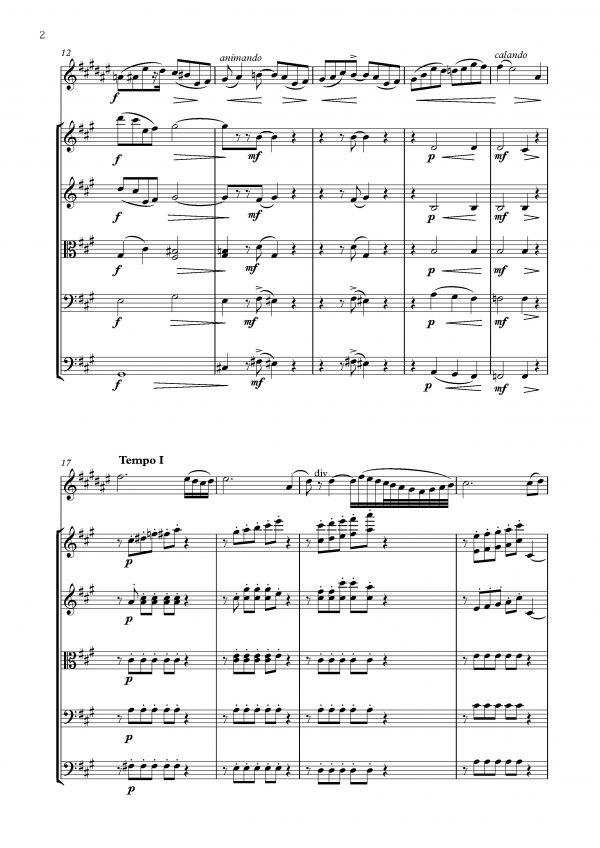 Aleksandr Glazunov: (b St Petersburg, 29 July/10 Aug 1865; d Paris, 21 March 1936). Russian composer. His father was a book publisher, his mother a pianist. Gifted with an exceptional ear and musical memory, he began to study the piano at the age of nine and to compose at the age of 11; his first teacher was Ėlenkovsky. In 1879 he met Balakirev, who recommended Rimsky-Korsakov as a private composition teacher. These studies lasted less than two years as the pupil progressed ‘not from day to day but from hour to hour’, in Rimsky-Korsakov’s words. A lifelong friendship developed between teacher and student, despite the difference in age. When he was 16 Glazunov completed his First Symphony, which was given a successful première on 29 March 1882 under Balakirev’s direction. In November of the same year Glazunov’s First String Quartet was performed. His precocious talent aroused the interest of the art patron Mitrofan Belyayev, who devoted his immense fortune to furthering the career of Glazunov and the younger generation of Russian composers. In 1885 Belyayev organized the Russian Symphony Concerts in St Petersburg and a music publishing house in Leipzig. The ‘Belyayev Circle’, as it became known, assembled every Friday in the palatial home of the patron, and Glazunov, despite his youth, became a prominent member, with Rimsky-Korsakov, Lyadov, Vītols, Blumenfeld, V.V. Ėval’d and others. In a way, the Belyayev Circle continued from where The Five had left off, but with an important difference: by the 1880s, the battle for a national Russian school had been won; the Belyayev Circle consolidated the gains and effected a rapprochement with the West. As Rimsky-Korsakov said: ‘The Balakirev circle represented a period of battle and pressure on behalf of the development of Russian music’.

In 1884 Belyayev took Glazunov on a trip to western Europe; they met Liszt in Weimar, where Glazunov’s First Symphony was performed. After Borodin’s sudden death in 1887, Glazunov (together with Rimsky-Korsakov) became deeply involved in completing and revising the unfinished works left by him. Glazunov’s exceptional memory enabled him to write down the overture to Prince Igor as he had heard it played by the composer on the piano; he also completed Act 3 after extant sketches and orchestrated the incomplete Third Symphony. In 1888 Glazunov made his début in orchestral conducting, an art which he loved but never fully mastered. The following year he conducted his Second Symphony in Paris at the World Exhibition. Although he enjoyed international acclaim, he experienced a creative crisis in 1890–91, yet soon emerged to a new maturity; during the 1890s he completed three symphonies, two string quartets, and the successful ballet Raymonda (1896–7). In 1899 he was appointed professor at the St Petersburg Conservatory, with which he remained connected for some 30 years. During the revolutionary year 1905 he resigned on 4 April in protest at the dismissal of Rimsky-Korsakov, who was in sympathy with the striking students. On 14 December Glazunov agreed to return after most of the demands of the liberal-minded professors had been met. Two days later he was elected director of the conservatory, a post he kept until 1930, although he had left for western Europe in 1928. During his long tenure he worked ceaselessly to improve the curriculum, raise the standards of staff and students, and defend the dignity and autonomy of the conservatory. Among his innovations were an opera studio and a students’ philharmonic orchestra. He showed paternal concern for the welfare of needy students (for example, Shostakovich). At the end of each academic year he personally examined hundreds of students and wrote brief comments on each. After the October Revolution of 1917 he established a sound working relationship with the new regime, especially with Lunacharsky, the minister of education; because of Glazunov’s immense prestige, the conservatory received special status among institutions of higher learning. Yet there were attacks on him from within the conservatory: the teaching staff demanded more progressive methods, the students greater rights. He viewed with a sense of pain the tide of innovation and its destructive tendencies, and was deeply affected by the unjust way in which the classical heritage was being treated. Tired of the controversy, he welcomed the opportunity to go abroad in 1928; some bitterness is evident in his letters to Steinberg, who directed the conservatory in his absence.

At the time Glazunov was elected director of the conservatory (1905), he was at the height of his creative powers. His best works date from that period, among them the Violin Concerto and Eighth Symphony. This was also the time of the greatest international acclaim: he went abroad in 1907, conducted the last of the Russian Historical Concerts in Paris on 17 May and received the honorary DMus from the universities of Oxford and Cambridge. While in London he spent a considerable time at the Royal Academy of Music and the Royal College of Music, studying their curricula. In the meantime, there were cycles of all-Glazunov concerts given in St Petersburg and Moscow in celebration of his 25th anniversary as a composer. But the time and energy he spent on revitalizing the St Petersburg Conservatory took their toll: there was a decided decline of creative productivity in the succeeding years. He left his Ninth Symphony unfinished (the first movement was written in piano score in 1910), and only his First Piano Concerto (1910–11, although conceived earlier) reflects his former mastery, while the Second Concerto (1917) shows an autumnal decline. He composed his Sixth String Quartet (1921) specially for a young and highly talented group which called itself the ‘Glazunov Quartet’; this ensemble toured Europe in the 1920s with immense success.

Like all Russians, Glazunov suffered much deprivation during World War I and the ensuing civil war years. Despite all hardships he remained active: he conducted concerts in factories, clubs and Red Army posts, participated in organizational work (with the All-Russian Union of Professional Musicians and the Leningrad PO) and was named People’s Artist of the Republic in 1922 (in honour of his 40th anniversary as a composer). He played a prominent role in the Russian observation of Beethoven’s centenary in 1927 as both speaker and conductor. On 15 June 1928 he left for Vienna to represent the USSR at the Schubert centenary celebrations; he extended his leave of absence several times to remain abroad, although he kept in close touch with events in Leningrad, showing much concern for the conservatory. On 19 December 1928 he conducted an evening of his works in Paris; during the years 1929–31 he conducted in Portugal, Spain, France, England, Czechoslovakia, Poland, the Netherlands and the USA. In 1932 his health deteriorated and he settled in Paris with his wife Ol’ga Gavrilova and adopted daughter Yelena Gavrilova, a pianist. (Under the name of Yelena Glazunov, she appeared frequently as soloist in his piano concertos with him conducting.) Although he now composed little, some of his last works show professional polish, as, for example, the Saxophone Concerto op.109 (1934). His last thoughts turned to his former teacher and friend Rimsky-Korsakov, who had died in 1908: he wrote some recollections about him and accepted membership in a Soviet-sponsored committee to commemorate the 25th anniversary of Rimsky-Korsakov’s death. On 14 October 1972 Glazunov’s remains were transferred to Leningrad and reinterred in an honoured grave. A research institute devoted to him was established in Munich and a Glazunov archive is maintained in Paris.

Within Russian music, Glazunov has a significant place because he succeeded in reconciling Russianism and Europeanism. He was the direct heir of Balakirev’s nationalism but tended more towards Borodin’s epic grandeur. At the same time he absorbed Rimsky-Korsakov’s orchestral virtuosity, the lyricism of Tchaikovsky and the contrapuntal skill of Taneyev. There was a streak of academicism in Glazunov which at times overpowered his inspiration, an eclecticism which lacks the ultimate stamp of originality. The younger composers (Prokofiev, Shostakovich) abandoned him as old-fashioned. But he remains a composer of imposing stature and a stabilizing influence in a time of transition and turmoil.