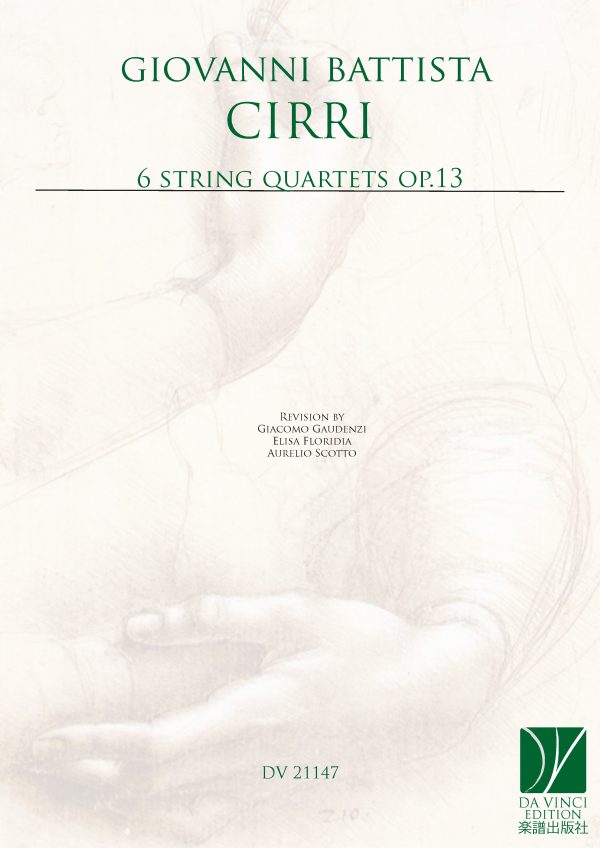 Giovanni Battista Cirri (b Forlì, 1 Oct 1724; d Forlì, 11 June 1808). Italian cellist and composer. He studied with his brother Ignazio (1711–87), organist at Forlì Cathedral from 1759, and composer of 12 organ sonatas, op.1 (London, 1770) and six sonatas for harpsichord with violin accompaniment, op.2 (London, c1772), and Giovanni Balzani, organist at the church of the Madonna del Fuoco. He was admitted to holy orders in 1739 but pursued a varied musical career. He was at first attached to the basilica of S Petronio, Bologna, as a composer and cellist, and may have studied with Padre Martini. From 1759 he was a member of the Accademia Filarmonica; in that year he met the Duke of York in Forlì. Subsequently he began to travel. He was in Paris during the early 1760s, where his first works were published and a ‘symphony’ performed at the Concert Spirituel on 5 April 1763. In 1764 he settled in London, where he was employed as a chamber musician to the Duke of York and director of music for the Duke of Gloucester. His first public appearance in London, on 16 May, was as accompanist to the violinist Marcella. He played solos at the eight-year-old Mozart’s first public concert in London (Spring Gardens, St James’s, 5 June 1764) as well as at his final appearance (13 May 1765). In addition to his duties for the nobility, Cirri was a popular soloist and accompanist. He participated in the Bach-Abel concerts, performed concertos during the intervals of operas and oratorios, and assisted in numerous benefit concerts. Most of his publications date from this phase of his career, the dedications testifying to his patronage by the English nobility and aristocracy. His address in about 1770, as given on his Deux quattuors, was in Greek Street, Soho. In 1780 he returned to Forlì to help his ailing brother at the cathedral, though he often played away from Forlì, and in 1782 was principal cello at the Teatro dei Fiorentini, Naples. In 1787 he succeeded his brother as maestro di cappella at Forlì Cathedral.

Cirri's compositions demonstrate skilful harmonic and structural organization within intimate chamber forms, his obbligato cello parts of the 1760s and 70s reflecting the increasing attractiveness and acceptance of the instrument in a melodic role. While emphasizing tunefulness over technical display, his solo writing employs comfortable use of the upper registers, with scale, arpeggio and string-crossing figurations based on stationary, block hand positions.