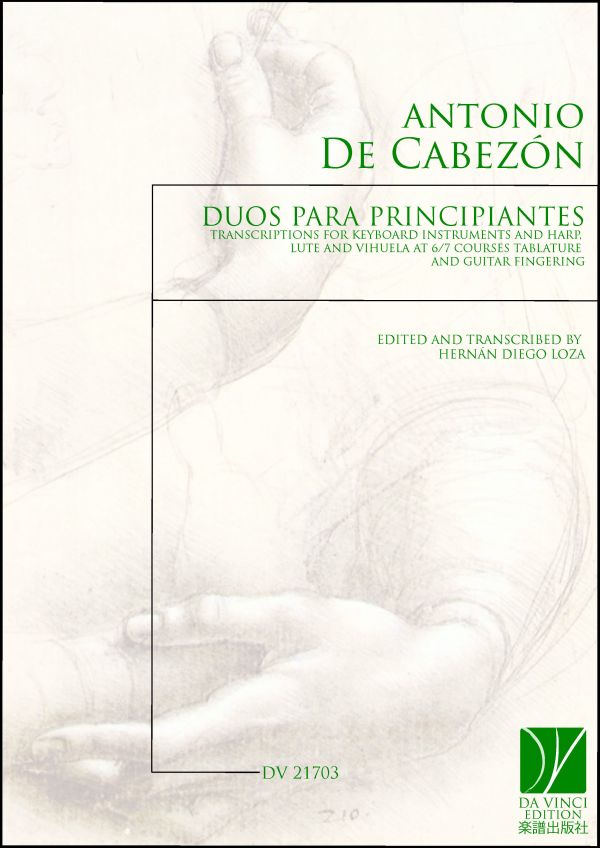 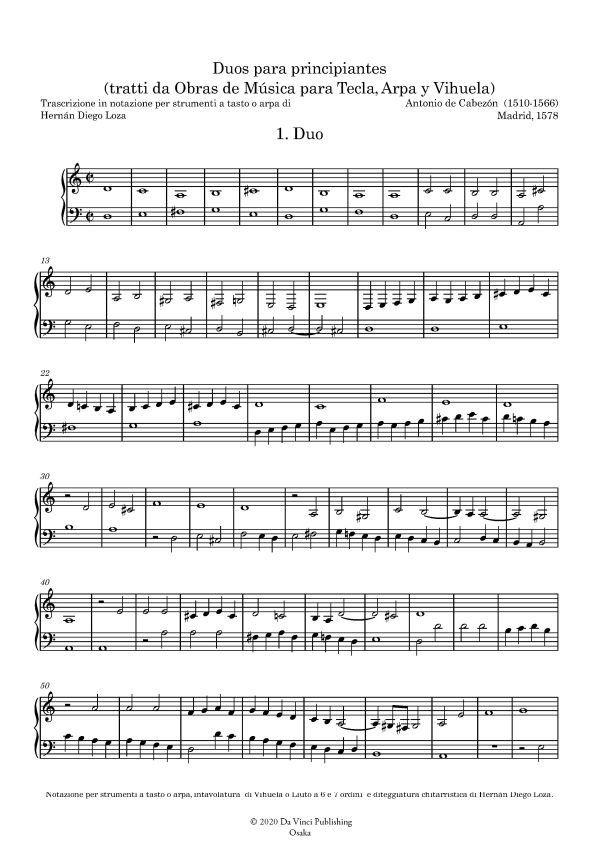 Antonio de Cabezon: (b Castrillo de Matajudíos, nr Burgos, c1510; d Madrid, 26 March 1566). Composer and organist. Blind from childhood, he was probably educated at Palencia Cathedral under the care of the organist García de Baeza. In 1526 he entered the service of Queen Isabella and on 12 February 1538 he was appointed músico de la cámara to Charles V. On Isabella’s death in 1539 he was entrusted with the musical education of Prince Felipe and his sisters. Between 1548 and 1551 he accompanied Felipe on his travels to Milan, Naples, Germany and the Netherlands, and between July 1554 and August 1555 to London on the occasion of Felipe’s marriage to Mary Tudor. Cabezón married Luisa Nuñez de Mocos of Avila and they had five children. In his will, dated 14 October 1564, Cabezón described himself as ‘músico de cámara del rey don Felipe nuestro señor’.

Cabezón is ranked among the foremost keyboard performers and composers of his time. His music is rooted in the instrumental tradition of Spain and was composed for keyboard, plucked string instruments and ensembles (curiosos minestriles, ‘skilful minstrels’) that probably included string as well as wind players. Some of Cabezón’s compositions appeared in Venegas de Henestrosa’s Libro de cifra nueva (Alcalá de Henares, 1557). However, the greater part of his works were printed posthumously by his son (4) Hernando de Cabezón in Obras de música para tecla, arpa y vihuela (Madrid, 1578; ed. in MME, xxvii–xxix, 1966). Together, these two volumes transmit some 275 works (migajas, ‘scraps’ or ‘crumbs’) by Cabezón. (His collected works are edited by C. Jacobs, Brooklyn, NY, 1967–86.)

His compositions fall into four distinct groups and contribute to all the principal musical genres of the period. They include: (i) functional liturgical works including hymns, Kyrie verses, psalm settings, Magnificat settings and fabordones; (ii) free works (tientos); (iii) intabulations (canciones glosadas y motetes); and (iv) variations (discantes). In general the compositions display a variety of styles, influenced by variation techniques, by the glosa or diminution. In the hymns and Kyrie verses, the cantus firmus is the principal structural framework, sometimes abandoned in favour of imitative polyphony. The fabordones comprise variations, organized according to mode, following a homophonic exposition (llano). Cabezón’s tientos form a significant contribution to the development of instrumental music between 1535 and 1540. In these works, the improvisatory style characteristic of the free works written at the beginning of the century is no longer seen; Cabezón used his knowledge of imitative counterpoint and an unusual sense of formal organization to create masterpieces with strong internal coherence. The tientos are linked thematically to plainchant formulas, in keeping with the form’s liturgical function. The intabulations are ordered according to polyphonic density, progressing from works with four parts to works with six. They are based on sacred and secular models by composers such as Josquin and Lassus, and are exuberant witnesses to a practice recommended by theorists such as Bermudo, who demanded that all instrumentalists study Franco-Flemish musical models. Finally the variations, called discantes, diferencias or sometimes glosas, form a high point in the history of the genre. His models include popular Spanish songs, such as El canto llano del caballero, dance forms and melodic-harmonic frameworks (as in the melody Guárdame las vacas, paired with a romanesca bass pattern). A wide range of variation techniques are seen, including migrating cantus firmus themes altered beyond recognition, and profuse ornamentation. During his journeys with the royal chapel Cabezón must have influenced musicians throughout Europe, in particular in England where composers such as Tallis and Byrd took up the art of variation.
A vocal work by Cabezón, Invocación a la letanía, is transmitted in the Cancionero de la Casa de Medinaceli (E-Mmc 13230; ed. in MME, viii, 1949). It also appears, under the title letanías, in an inventory of music from Cuenca Cathedral in 1611 together with ‘una misa de Cabeçon’.
Share this: