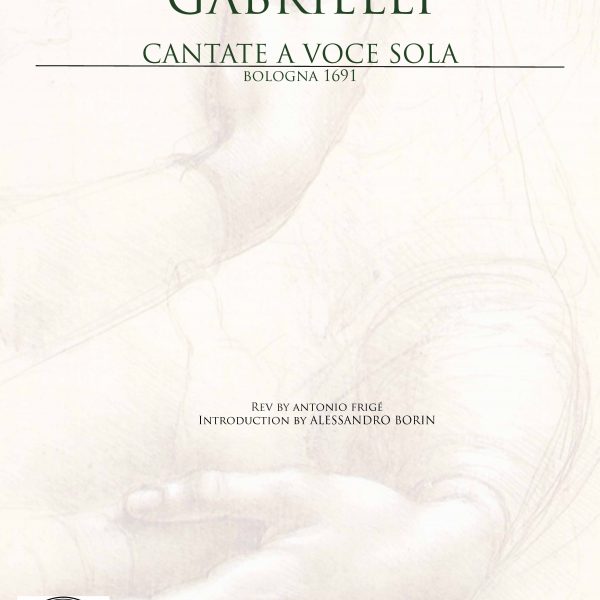 Domenico Gabrielli: (b Bologna, 19 Oct 1659; d Bologna, 10 July 1690). Italian composer and cello virtuoso. The first part of his nickname (‘Mingéin dal viulunzèl’ in Bolognese dialect) is a diminutive of ‘Domenico’. He studied composition with Legrenzi in Venice; he was also one of the best students of Franceschini in Bologna, where on 20 December 1680, after Franceschini’s death, he succeeded him as a cellist at S Petronio. He was elected to the Accademia Filarmonica on 23 April 1676 and became president in 1683. During the 1680s he became widely recognized as a cello virtuoso and composer of vocal music. He turned to the composition of operas in 1683 and in seven years wrote 12, which received their premières in Venice, Modena and Turin as well as in Bologna. This undoubtedly caused him to travel a good deal, and because of his prowess on the cello he also often performed at the Este court at Modena. He was granted frequent leave of absence from S Petronio, but it is no surprise that he was dismissed on 14 October 1687 for neglect of his duties: he failed to play on the feast of St Petronius, the most important function of the year. He immediately went to Modena for a short time, where he entered the regular service of Duke Francesco II d’Este. His prestige, however, was such that he was reinstated at S Petronio on 23 March 1688, but he soon contracted the incurable illness that led to his death.

Gabrielli’s historical significance lies primarily in his virtuosity on the cello, which was just becoming popular, and as the composer of some of the earliest music for it. His canons, ricercares and sonatas reflect both an advanced performing technique and an acute awareness of the sonority inherent in the instrument: his ricercares for unaccompanied cello contain florid passage-work and double, triple and quadruple stops. Except for occasional brilliant passages for the cello, Gabrielli’s other chamber music is strongly influenced by the uncomplicated style of the Emilian school of instrumental music as represented by G.B. Vitali and Corelli. This music includes his op.1 and a set of 12 pairs of dances, each pair in a different key, ranging from C minor to B minor and from E to A.

Gabrielli further demonstrated his interest in the cello by employing it as an obbligato instrument in his trumpet sonatas and vocal works. He composed sonatas for one or two trumpets and orchestra (six of which are extant) specifically for S Petronio. They reveal his mature grasp of this new genre which was so popular in Bologna in the late 17th century. They consist of four to six movements, slow and fast ones generally alternating as in the Bolognese sonata tradition. One remarkable movement contains a concertante duet between cello and trumpet with continuo – basically a trio sonata texture. Gabrielli also used the cello and trumpet, as well as other instruments, in a concertante manner in his vocal music, especially in his operas and oratorios. His opera Flavio Cuniberto, for example, contains several extended florid arias supported by obbligato instruments including cello and theorbo (one aria each), trumpet (two arias) and violin (three).

Gabrielli’s vocal music, the work of a fine craftsman, reflects his Venetian training and background. While his sacred music is more reserved, his cantatas, oratorios and operas reveal a flair for the dramatic. The recitatives are seldom of the secco variety and he often emphasized expressive features in the texts. The way in which he constructed scenes also reflects his desire for relative freedom in organizing recitative, aria and arioso for dramatic purposes. The forms of his arias range from strophic and binary pieces to those built on ostinatos and full-blown da capo arias, and they vary from the simple to the florid. Instrumentally accompanied arias are used for dramatic emphasis, a feature particularly evident in the oratorio S Sigismondo.

Gabrielli’s sacred works, written predominantly for up to five soloists, one ripieno choir and a five-part string ensemble without trumpets, recall G.P. Colonna’s skilful use of S Petronio-style counterpoint, particularly in the final sections of mass movements and psalms and in the contrasts between virtuoso solo sections and homophonic choir passages. The influence of Gabrielli’s former teacher, Franceschini, is evident in his use of short, dynamic rhythmic cells. Other characteristics are the clear polarization between melodic upper parts and walking bass lines, and the frequent use of melodic sequences in the style of the organ compositions of G.B. Degli Antoni and Bartolomeo Monari.