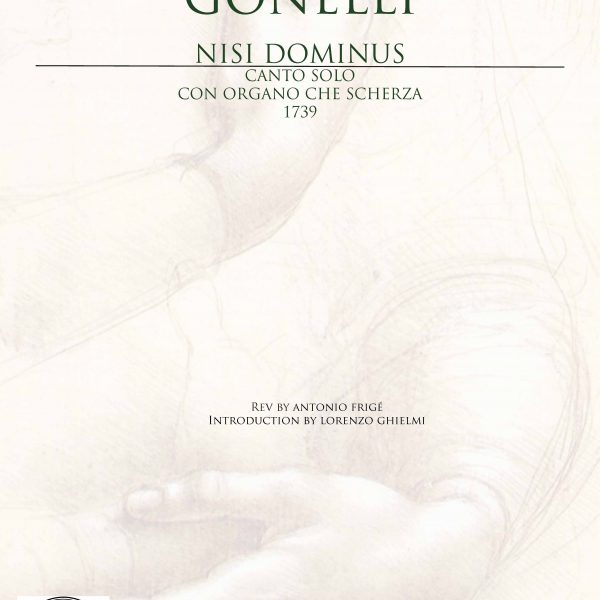 Giuseppe Gonelli: (b Cremona, 24 Oct 1685; d Cremona, 11 Feb, 1745). Italian composer, organist and teacher. He studied music with T.B. Gaffi and after his ordination as a priest he was appointed organist of Cremona Cathedral on 14 December 1708. He later became maestro di cappella there and held the post until 27 April 1727. In 1712 he travelled to Lodi for the celebration of the feast of St Teresa, and to Piacenza for the canonization of St Andrea Avellino. On 30 May 1737 he directed some of his own music in the Chiesa delle Grazie, Lodi, and on 29 November 1740 music by him was performed in Cremona Cathedral for the funerary service of Emperor Karl VI. At the beginning of the same year Padre Martini had undertaken to obtain for Gonelli the post of maestro di cappella at Loreto, but Gonelli refused the post. In 1743, together with Leo, Porpora, Jommelli and Martini, he was one of the judges for the post of maestro di cappella of Milan Cathedral. Between 1735 and 1744 Gonelli was in correspondence with Padre Martini; the two exchanged observations and judgments on their own and others’ compositions. Indeed, Gonelli’s reputation as a contrapuntist was such that Giuseppe Paolucci, in his Arte pratica di contrappunto, ii (Venice, 1766), referred to him as the ‘once celebrated master of Cremona’ and included the score of his Dona eis requiem as an example of double fugue together with a lengthy analysis.
Gonelli’s music, all in manuscript, is exclusively sacred and includes masses, psalms, antiphons, motets, spiritual cantatas and some pieces for organ. His choral works, mostly accompanied by strings and organ continuo, occasionally use trumpets and horns as well (a letter of his reveals that solemn music at Cremona Cathedral was always accompanied by instruments). In his choral writing traditional counterpoint and homorhythmic sections, which use a more modern harmonic language, alternate. The string writing is influenced in places by the trio sonata, and his solo writing is melodic and decorative. His organ works show a marked influence of the galant style in their relatively short phrases and graceful melodies. He has sometimes been confused with his brother, G. B. Gonelli (1670–?1751), an organist at Cremona Cathedral.