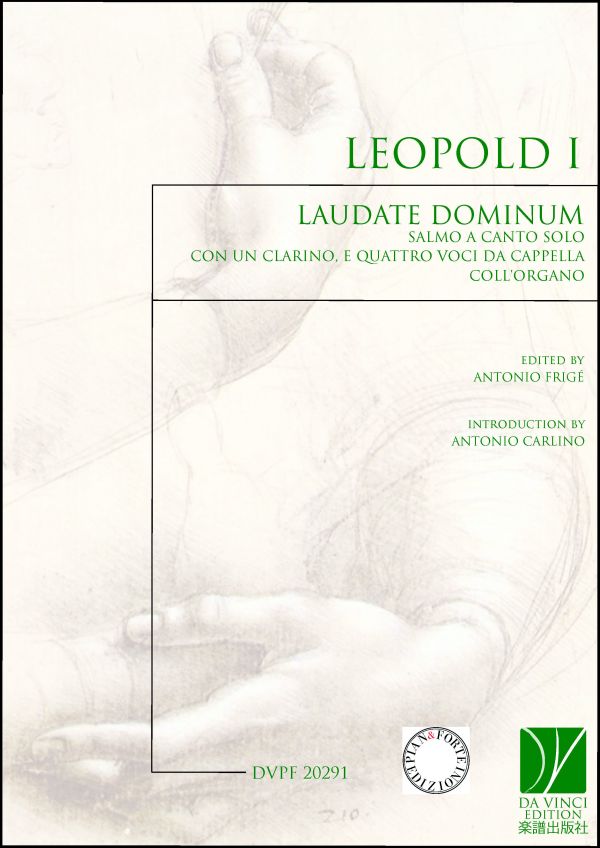 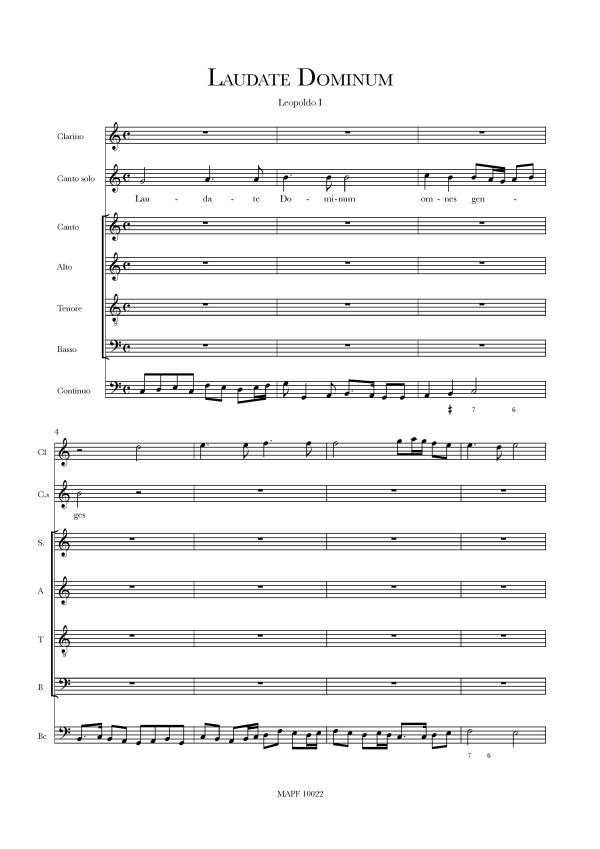 I Leopold: (b Vienna, 9 June 1640; d Vienna, 5 May 1705). Austrian composer and patron of music. He was the second son of Emperor Ferdinand III. A member of the house of Habsburg, he received a broad humanistic education under the tutelage of the Jesuit Neidhard to prepare him for intellectual and spiritual pursuits rather than for the succession to the throne. His training included extensive instruction in playing various instruments (notably the harpsichord, violin and recorder) and in composition, probably at the hands of Antonio Bertali and Markus and Wolfgang Ebner, the last of whom kept a collection of his early works, Spartitura compositionum sacrae regiae maiestatis Hungariae, Leopoldi I, composed and copied between 1655 and 1657. When the first son and chosen successor to Ferdinand III died, however, Leopold succeeded to the royal thrones of Hungary (1655) and Bohemia (1656) and on the death of his father was crowned Holy Roman Emperor on 18–19 July 1658. To ensure the succession he entered into three marriages: in 1667 to Margarita Teresa of Spain (1651–73), in 1673 to Claudia Felicitas of Tyrol (1653–76) and in 1676 to Eleonora Magdalena Theresia of the Palatinate (1655–1720), who gave birth to his successors, Joseph I and Charles VI.

Contemporary accounts of Leopold I stress the following aspects of his personality and habits: his deep religiosity, reflected in his tenacious defence of the Roman Catholic Church and penetrating the entire life of the court; his love of outdoor activities such as hunting and open-air entertainments of various kinds; his knowledge of at least four languages and skill in Italian poetry; and his love of, and excellence in, music. As a politician he relied heavily on the advice of his counsellors and was strongly influenced by the court clergy. Kann, comparing him with Louis XIV, characterized him as

irresolute in action but tenacious in the defense of the status quo, narrow and yet with an artistic mind, impecunious and splendour-loving, homely, unheroic, and unmartial, he was indeed the true antithesis of his more brilliant opponent and cousin.

For the history of music, Leopold I is significant both as a major patron and as a composer. Considering the severe internal as well as external political problems during his reign (including the siege of Vienna by Ottoman forces in 1683 and subsequent campaigns to alleviate the Turkish threat, the attempts to secure the western frontiers of the empire against French invasions, the artificially prolonged Counter-Reformation and the great plague of 1679–80), it is surprising to find an unprecedented cultural growth at the Habsburg court and in the heartland of the empire in general. Building on the foundations laid by his predecessors (especially Ferdinand III), Leopold considerably expanded the court musical establishment – the imperial Hofkapelle – by continuing to employ Italian musicians, among them the composers Antonio Bertali, G.F. Sances, Antonio Draghi, Giovanni Bononcini, M.A. Ziani and Francesco Conti, but also by drawing on native talent, including the composers J.H. Schmelzer, J.K. Kerll, F.T. Richter and J.J. Fux. Although he did not neglect church music or independent instrumental music, his main interest was in dramatic music. Outside the court this interest can be seen in his encouragement of Jesuit drama, probably for religious as well as artistic reasons. At court, secular and sacred dramatic music flourished. Generous financial support for opera productions, including the extravagant expenditure of about 300,000 florins for the performance of Antonio Cesti’s Il pomo d’oro (as opposed to an average of about 20,000 florins per opera production and the average yearly salary of 2000 florins for the Kapellmeister); the judicious hiring of librettists, composers and stage designers, among them the dominating collaborators Nicolò Minato, Draghi, Schmelzer and L.O. Burnacini; participation in performances by members of the imperial family; the emperor’s personal interest and support: these all resulted in a theatrical life at court not equalled at any other court during his reign. Thus, between 1658 and 1705 more than 400 dramatic compositions were presented there: operas and shorter secular dramatic works during Carnival and as celebrations of birthdays and name days of members of the imperial family as well as on other important occasions at court; and oratorios and sepolcri mainly in Lent, notably to commemorate the Passion on Maundy Thursday and Good Friday.

As a composer, Leopold I contributed a large number of works to the repertory performed at court. In style they follow the Venetian tradition as seen especially in composers active in Vienna, such as Bertali and Draghi. His sacred and secular Italian dramatic compositions evince a careful attention to the text, skilful manipulation of recitative and arioso sections, and a preference for a simple and deeply felt melodic style. By contrast his ballet music and his contributions to the developing German-language comedy – mainly short songs and arias – are light and extremely simple and use folk music idioms; they are clearly influenced by Schmelzer. Leopold’s most successful compositions are without question his liturgical works. In them he combined polychoral techniques, the concertato style, and effective melodic writing influenced by characteristics of monody to produce substantial works – especially the Missa angeli custodis, the requiem for his first wife, and the three lections for the burial of his second wife – that proclaim him as no mere aristocratic dilettante, but as a talented and successful composer. He also conducted a private performance of Draghi’s Chi più sa manco l’intende from the harpsichord in 1669.