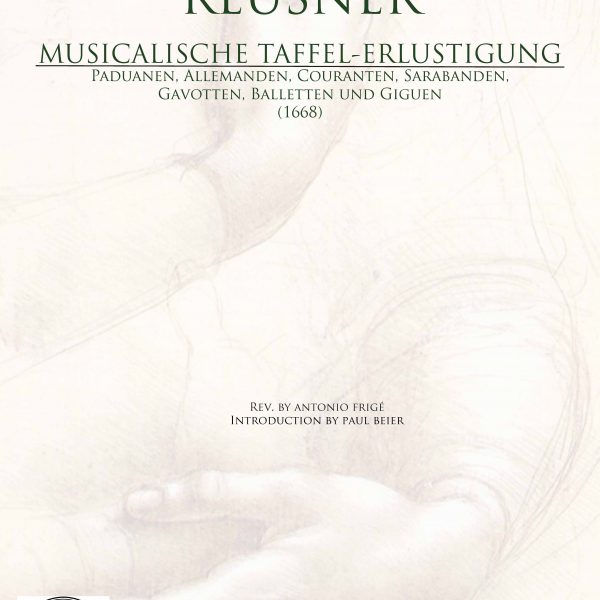 Esaias Reusner: (b Löwenberg, Silesia [now Lwówek Šląski, Poland], 29 April 1636; d Cölln, Berlin, 1 May 1679). German composer and lutenist, son of Esaias Reusner. He was taught the lute by his father and became a child prodigy. About 1645, after the death of his mother, the family moved to Breslau, where at about the age of 12 he entered the service of the Swedish general Count Wittenberg as a page. He spent the next year in the household of the royal war commissioner, Müller. In 1651 he was employed in Poland as a valet at the court of Princess Radziwiłł, where he became a pupil of an unidentified French lutenist. He returned to Breslau in 1654 and in the following year became lutenist to Georg III, Duke of Silesia, an appointment he retained until 1672. He then moved to Leipzig, where he taught the lute for a year at the university. From 5 February 1674 until his death he was a chamber musician at the court of the Elector Friedrich Wilhelm of Brandenburg in Berlin. His two collections of suites for the lute, Delitiae testudinis and Neue Lauten-früchte, are important as showing the first application of French lute style by a German composer and also as early documents in the development of the instrumental suite. They contain a total of 28 suites, varying in number of movements from four to nine. Each suite is unified by a major or minor tonality. They all include the basic structure of later dance suites, allemande–courante–sarabande–gigue. Most of the longer suites begin with another dance, such as a paduana or ballo, or the characteristically French improvisatory prelude, and many conclude with a dance other than the gigue. Reusner’s influence was widely felt in Germany in the 17th century, and the style of his music established a precedent evident in the works of subsequent lutenists such as Silvius Weiss.