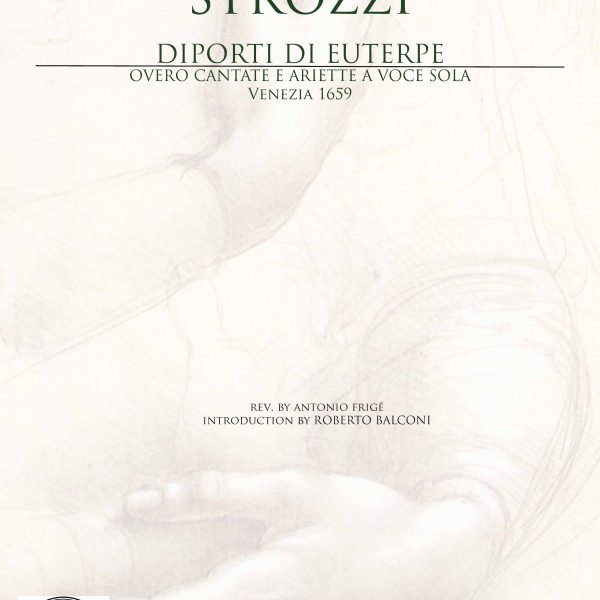 Barbara Strozzi: (b Venice, 1619; d Padua, 11 Nov 1677). Italian composer and singer, adopted (possibly illegitimate) daughter of Giulio Strozzi. She was sometimes referred to by him as Barbara Valle; by 1650 she was his sole heir. Her mother was Isabella Garzoni, called ‘la Greghetta’, Strozzi’s longtime servant. Barbara was a pupil of Francesco Cavalli and the dedicatee of two volumes of solo songs by Nicolò Fontei, the Bizzarrie poetiche of 1635 and 1636, for which Giulio Strozzi wrote most of the texts, and which Barbara sang at his home in the presence of various Venetian letterati. Her performances were institutionalized in 1637 when Giulio founded the Accademia degli Unisoni, a musical offshoot of a more important literary academy, the Accademia degli Incogniti. As indicated by published minutes of the Unisoni (Le veglie de’ Signori Unisoni, 1638), she sang at the meetings and suggested the subjects on which the members exercised their debating skills.

Strozzi’s career as a professional composer began in 1644 with the first of her eight publications, a volume of madrigals for two to five voices on texts by Giulio Strozzi, which she dedicated to Vittoria della Rovere, Grand Duchess of Tuscany. All but one of her subsequent surviving publications – op.4 is missing – appeared after Giulio’s death in 1652. Dedicated to a variety of important patrons, including Ferdinand II of Austria and Eleanora of Mantua (op.2, 1651), Anne of Austria, Archduchess of Innsbruck (op.5, 1655), Nicolò Sagredo, later Doge of Venice (op.7, 1659) and Sophia, Duchess of Brunswick and Lüneburg (op.8, 1664), they suggest that she may have been forced to rely on her abilities as a composer for her livelihood after her father’s death. She apparently dedicated the missing op.4 to Carlo II, Duke of Mantua in 1655. She composed several songs for the duke in 1665, a year after her last known published works. Although Strozzi never married, by 1651 she had four children; it seems likely that the father of at least three of them was Giovanni Paolo Vidman, a friend of Giulio Strozzi, and the dedicatee of his La finta pazza of 1641. Her two daughters, Isabella (c1642–57) and Laura (c1644–86), entered the convent of S Sepolcro in Venice in 1656, the latter taking her final vows in 1661. Strozzi’s son Massimo (d after 1680) took vows in the Servite order in 1662 and became a monk at the monastery of S Stefano in Belluno. Another son, Giulio Pietro (b c1641), was still alive in 1680.

Apart from the madrigals of op.1 and the solo motets of op.5, nearly all of Strozzi’s surviving works are ariettas, arias and cantatas for solo voice (mainly soprano) and continuo. A few works call for strings as well. Although the generic categories are not fixed, and terminology is only loosely applied in the publications themselves, the simplest pieces are the ariettas, which are essentially short arias in strophic form (such as most of the pieces in op.6). The most complex are the cantatas (such as those in opp.7 and 8). These are lengthy, varied works containing several sections and a mixture of vocal styles: recitative, arioso and aria, responding to textual distinctions between open narration and formal lyricism. The arias are generally shorter than the cantatas, often strophic, and frequently enclosed by a refrain at beginning and end.

The texts, many of them apparently written to order and about half of them anonymous, are in the Marinist vein: precious love poetry filled with various conceits, ironic and lachrymose by turns. The known poets include, besides Giulio Strozzi, several figures associated with the world of opera in Venice around the middle of the 17th century: P.P. Bissari, Aurelio Aureli, Pietro Dolfino, Marc’Antonio Corraro, Nicola Beregani, Francesco Piccoli and G.B. Maiorani; G.B. Pellicani wrote texts for several dramatic works presented in Bologna. Although she wrote no operas, the best of her works (most notably the lamento ‘Sul Rodano severo’, opp.2 and 3) convey dramatic action in which the progress of a protagonist – partly described by a narrator – towards a resolution of his predicament unfolds in a carefully calculated series of musico-dramatic events. In cantatas as well as arias, her primary formal procedure is contrast, usually combined with some kind of refrain idea. Strozzi’s style, with its easy shifts between unmeasured and measured passages and between duple and triple metre, and her occasional use of the stile concitato, all in response to a faithful adherence to the form and meaning of the texts, reflects her training in the seconda prattica tradition, as exemplified in the music of her teacher, Cavalli. But her melismatic expansions are longer and repetitions of text more frequent than his, and her style is altogether more pointedly lyrical, more dependent on sheer vocal sound. It is emphatically singer’s music, and very grateful to the lyrical soprano voice, neither excessively virtuoso nor especially demanding as far as range or tessitura is concerned. The similarity in vocal style among her works, the scoring for soprano and continuo, and the frequent puns on her name in the texts suggest that she sang most of her music herself, at academic meetings and similar social occasions.

The Genoese Bernardo Strozzi painted a portrait of Barbara Strozzi and by 1639 he had made a copy of it for a Venetian patron. The Female Musician with Viola da Gamba (now in the Gemäldegalerie, Dresden) is most likely Strozzi’s original portrait of the composer.