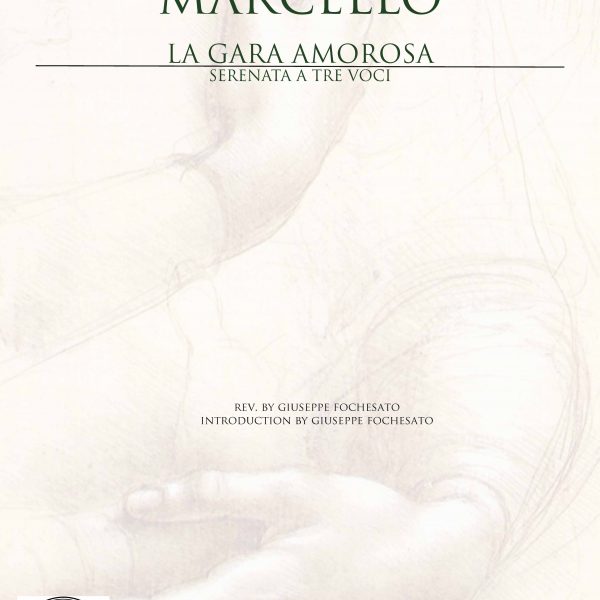 Benedetto Marcello: (b Venice, 24 June or 24 July 1686; d Brescia, 24 July 1739). Italian composer and writer. The son of a Venetian nobleman, he followed the career path of all Venetian nobles of his time: he was admitted to the Maggior Consiglio of the Republic on 4 December 1706 and, after completing studies in literature and law, served in various magistracies over the next two decades. The last decade of his life is riddled with mysteries: he married the commoner Rosanna Scalfi, his singing pupil, in May 1728; had a religious experience in August of the same year; was exiled to the Istrian city of Pula (then part of the Venetian Republic) for three years (1730–33) as provincial governor; was absent from civic records for the next five years; and received his final appointment in Brescia as chief financial officer.

It is not easy to segment the musical continuum of Marcello’s life, since he held no regular appointments of a musical nature and the majority of his musical works are undated. This demonstrates how severely separated in social experience dilettante composers were from the common ranks of musical maestri. Nonetheless, Marcello’s cultivated intellect exerted, particularly through his psalm settings and cantatas, a major influence on Italian musical thought and performance throughout the 18th century and, to various degrees, on the musical practices of many other European countries until the end of the 19th century. After a perfunctory involvement with instrumental music, his main interests as a composer, particularly between 1710 and 1720, were the cantata and the chamber duet. Thereafter, his attention turned to works on a larger scale: the 50 Psalms of David, the serenata and the oratorio. The claim that Marcello forwent composition after 1728 cannot be entirely true since two of his oratorios neatly circumscribed his years in Pula.

Marcello’s intent in his Salmi, which were published with etchings by Sebastiano Ricci, was to restore dignity to devotional music by reviving musical practices of antiquity (seeillustration). They are set in texturally differentiated sections and are for the most part through-composed. Numerous testimonials (by Gasparini, Antonio and Giovanni Bononcini, Sarri, Mattheson and Telemann) were included in each of the eight volumes. Caldara, who found the music ‘eccentric’, was one of Marcello’s few detractors. Later Italians, in particular Padre Martini and Giovenale Sacchi, revered Marcello’s Salmias models of contrapuntal writing. Still more accomplished examples are the six-voice canon In omnem terram, published with the psalms, and the four-voice Missa Clementina, which Marcello composed for his admission to the Accademia Filarmonica, Bologna, in 1711. Being impressed with the fact that women were not permitted to sing in the ancient temple, Marcello favoured low, mainly male, voices in his psalms. Some 16 of the works incorporate sections based on quotations from Greek and Hebrew psalmody; the original sources are interpolated at the appropriate points. Like his secular vocal music of the 1720s, which is inspired by Roman and Greek epics, the melodic content varies from an ambitus which is very restricted to one which is almost impossibly broad, expressing emotional peaks and depths.

In the 1710s, when Marcello was coaching the young Faustina Bordoni and writing music for Roman nobles, such as the Borghese family, he led, in parallel with Apostolo Zeno’s attempted reform of the opera libretto, a movement to reform singing style. Here his goal was to remove ‘tasteless’ ornamentation and to focus more on actual sound. In this phase of his life, his vocal music was much more lyrical and formally structured. Several of his chamber duets were composed for Laura and Virginia Predieri. The vast majority of his lyrical cantatas seem to have been written for performances at weekly academies (social gatherings of the nobility that featured poetry, music, oratory and debate). The texts, many of which were written by the composer, were usually pastoral. Mattheson praised the rhetorical detail of Marcello’s approach to the setting of (lyrical) aria texts. More original are Marcello’s intensely dramatic cantatas on tragic and heroic subjects from antiquity, which feature such figures as Andromeda, Arianna, Cleopatra, Dido, Medea and Timothy (probably mediated through the dramas of Corneille and Racine). Some of these works lack arias: others use abberations of musical notation to express a heroine’s (or hero’s) mental frenzy or anguish. Although the subject matter is again usually from antiquity, Marcello’s serenatas are somewhat more conventional and use obbligato instruments and instrumental figuration to reinforce images and to convey elements of the drama.

The lighter side of Marcello’s nature was expressed in his several satires. Of prime importance among these is the treatise Il teatro alla moda, first published anonymously in 1720, which is concerned especially with the decline of careful composition and well-rehearsed performance, as well as the invasion of Bolognese singers, at the Teatro S Angelo, Venice. It was especially popular in Italy in the 18th century, in France in the 19th, and in Germany in the early 20th, and it appears never to have been out of print from the time of its writing to the present. Comic musical works include the letter cantata Carissima figlia (1718), in which the singing styles of such opera figures as Vittoria Tesi, Faustina Bordoni and Gaetano Berenstadt are imitated; the castrato madrigals, in which it is debated whether the divinity of the singing of (adult) male sopranos and altos can save them from eternal damnation (1715); and the comic intermezzos Spago e Filetta (?1719). Although Marcello’s two late oratorios are not satirical works, a playful mood prevails.

The impetus for the keyboard and recorder sonatas is likely to have come from academies. While the Marcello family had one of its own on the Fondamenta Nuove in Venice, Benedetto seems to have maintained a network of contacts in Rome, Florence, Bologna and various rural retreats in the Veneto. Only the motivation for composing the Concerti op.1, remains unaccounted for. These works now lack the principal violin part and so accurate evaluation is impossible. Within this opus was the one piece by Marcello known to, and transcribed by, Bach. Of Marcello’s keyboard works, the sonatas are the most important, for they seem to have played a role in the establishment of the genre as it was later developed by Platti, Pescetti, Galuppi and J.C. Bach. His cello sonatas, which are among his most widely performed works today, were probably composed much earlier than their date of publication suggests and, in fact, their authenticity is not beyond question.

Marcello’s legacy was greatest for those who lived between 1750 and 1875, when recognition of his Salmi led to their translation into many other languages (French, German, Swedish, English, Russian) and their performance, as liturgically generic sacred works, in a host of different liturgical contexts. It was during this period that a great number of the manuscripts in which Marcello’s secular works are now preserved seem to have been copied. In the 19th century the Salmi were sometimes divided into short ‘motets’ or ‘songs’, or stripped of their texts and offered as instrumental works, or retexted and offered as ‘new’ works. Such varieties of psalm progeny seem to number well beyond 10,000 (arrangers included Paer, Mayr, Rossini and Bizet; Verdi was a great enthusiast). Another work of the same period, the oratorio Joaz, is reckoned to have anticipated the reforms of Gluck many years later. Marcello’s call to restore the classical virtue of ‘noble simplicity’ in music, found in the preface to his Salmi, anticipates the analogous invitation of the German archaeologist Winkelmann (who spoke of sculpture) by 30 years. Although little noted today, Marcello’s role in formulating the values of classicism and promoting their musical implementation was his most significant contribution to cultural history. His influence was enormously, if subtly, pervasive.

Differing national values coloured perceptions of Marcello’s music: the English revered its ‘harmony’, the Germans its ‘melody’ and the Italians its ‘counterpoint’. It was only in the 20th century that Marcello’s name started to fall from grace in lists of important composers in the past. Even as this change occurred, however, the influence of his Salmi was regenerated in ethnomusicology: the materials Marcello quoted from Judaic and Hellenic traditions in the 1720s are frequently requoted (often without attribution) in studies of ancient and oriental music. He undoubtedly would have been amused by the reflexive nature of the esteem that accrued to his work after his death.