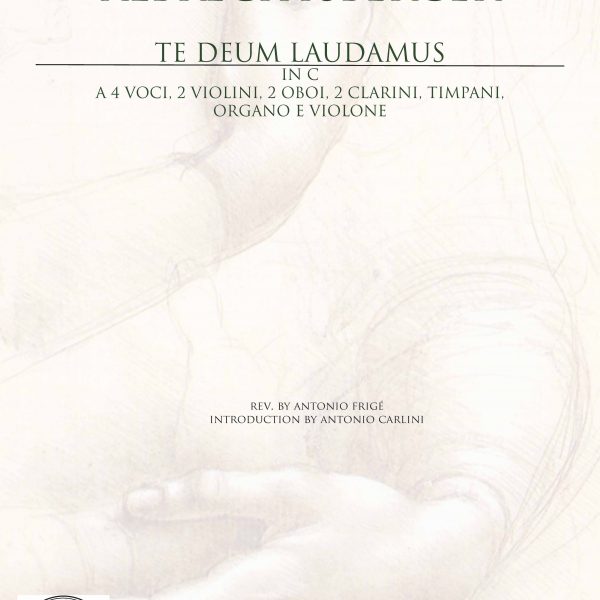 Johann Georg Albrechtsberger: (b Klosterneuburg, nr Vienna, 3 Feb 1736; d Vienna, 7 March 1809). Austrian composer, teacher, theorist and organist. From the age of seven he served as a choirboy for the Augustinians in Klosterneuburg, where he learnt the organ and figured bass from the dean, Leopold Pittner. His studies in composition under G.M. Monn (if accurately reported by Albrechtsberger’s pupil Johann Fuss) must have taken place during this period. As a student and choirboy at Melk Abbey from 1749 until 1754, he received a thorough training in composition and organ from Marian Gurtler, the regens chori, and Joseph Weiss, the abbey’s organist. After a year of study at the Jesuit seminary in Vienna he worked as an organist in various provincial localities: Raab (now Győr, Hungary), 1755–7; Maria Taferl, near Melk, 1757–9; and Melk Abbey, 1759–65, where he succeeded his former teacher Weiss. His precise place of employment in 1766 remains unknown, but Melk sources indicate that he left the abbey voluntarily in November 1765 to join his brother Anton in the service of a Baron Neissen in Silesia (perhaps at what is now Nysa, Poland).

Albrechtsberger’s activities can be traced from his parents’ home in Ebersdorf (near Melk) in 1767 to Vienna, where he married in May the following year. From 1772 he served both as regens chori for the church of the Carmelites (later known as St Joseph’s) and as organist in the imperial court orchestra. In addition he was appointed assistant to the Kapellmeister Leopold Hofmann at the Stephansdom in 1791, a position arranged for him by his friend and predecessor Mozart. All of these duties were set aside when he became Kapellmeister following Hofmann’s death in 1793. He retained this post – the highest in the empire for a church musician – for the remainder of his life.

Albrechtsberger was a prolific composer of some 284 church compositions, 278 keyboard works and over 193 works for other instruments. His most interesting and original music was composed during his years as a provincial organist before settling permanently in Vienna. He cultivated a modern, homophonic idiom in the instrumental works of this period and used unusual instrumentation with special effects such as scordatura and slow movements marked ‘con sordino’. The church music is more contrapuntal in conception and occasionally experimental in its treatment of the voices (e.g. alternating solo quartet and chorus, and the use of recitative). Some of his best vocal music is in the early oratorios, several of which belong to the Austrian tradition of Easter sepolcro. At Melk he was considered ‘a most commendable artist in this genre’, although there seems to have been no occasion for him to write oratorios after 1781.

After his imperial appointment in 1772 he became increasingly preoccupied with the composition of fugues – over 240 for instruments in addition to numerous examples in the sacred music. His two-movement sonate (slow homophonic, fast fugal), of which he wrote over 120 for various instrumental combinations after 1780, developed out of the Baroque church sonata but were intended for chamber rather than church performance. They had little influence on the already mature sonata form. His approach to Viennese church composition tended, as Weissenbäck noted, towards formal sectionalization or polarization of homophonic and polyphonic textures. In spite of their technical refinements, these late works seem less imaginative than those of his earlier years.

Eye-witness accounts by critics such as Maximilian Stadler, Burney, Nicolai and Pasterwitz leave little doubt that Albrechtsberger was an extraordinarily talented organist. Mozart, the most reliable judge of all, considered his playing the standard by which other organists were to be measured (letter to Constanze, 16 April 1789). Towards the end of his life he was recognized as ‘perhaps the greatest organist in the world’.

Nevertheless it was through his teachings and theoretical writings that Albrechtsberger exerted the strongest influence on his contemporaries and succeeding generations of composers. He began attracting students as early as 1757 (Franz Schneider), and by the time of his death he was the most sought-after pedagogue in Europe. Haydn regarded him as ‘the best teacher of composition among all present-day Viennese masters’ and unhesitatingly sent Beethoven to him for instruction (1794–5). The fugues of Beethoven’s last years, particularly op.133, owe much to his teachings. His international reputation as a theorist rested on his extremely popular treatises on composition (1790) and figured bass (c1791). In place of innovatory theoretical concepts these works contained a skilful combination of elements borrowed primarily from Fux and Marpurg. His principal achievement in this area was to formulate 18th-century theory in a language and format which were practical and suitable to the needs of contemporary instruction.

As a champion of the contrapuntal tradition Albrechtsberger occupied a unique position among composers of the Viennese Classical school. His intensive study of polyphonic writing – as shown by music examples in his theoretical works, and by his copies and arrangements – extended from Palestrina to Mozart (k228/515b). He copied most of the fugues in Bach’s ‘48’ and collected canons by other north German Protestant composers (Mattheson, C.P.E. Bach, Kirnberger, Marpurg and C.F.C. Fasch). By perpetuating this tradition into the second half of the 18th century, he helped to create the atmosphere in which Baroque polyphony and mid-century homophony fused to form mature Classicism. Unfortunately his own music remained largely unaffected by this stylistic synthesis.