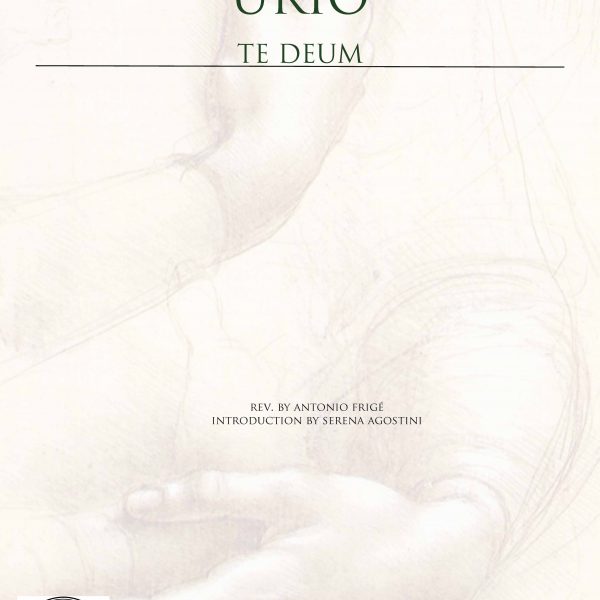 Francesco Antonio Urio: (b Milan, ?1631/2; d Milan, 1719 or later). Italian composer and Franciscan friar. A Francesco Urio, aged 40, is listed as a member of the Venetian instrumentalists’ guild in 1672, but it is not known whether he is identifiable with Francesco Antonio. The latter was maestro di cappella at Spoleto Cathedral in 1679, then at Urbino (1681–3), Assisi and Genoa (dates unknown). In April 1682 he was nominated for the post of maestro di cappella of the collegiate church of S Maria Maggiore in Spello, but there is no evidence that he ever held it. According to the title-page of his Motetti op.1, he was maestro di cappella of the basilica of SS Apostoli, Rome, in 1690; the motets were composed for and dedicated to Cardinal Pietro Ottoboni, in whose concerts Urio may have been involved. From 1693 to 1695 he was maestro di cappella at Pistoia; Pougin said he wrote a cantata (1696) and two oratorios (1701 and 1706) ‘pour le service’ of Prince Ferdinando de’ Medici, but there appears to be no evidence of any permanent appointment at Florence. The title-page of his Salmi concertati reveals that he was maestro di cappella of the Frari, Venice, in 1697, and he held the same post at S Francesco, Milan, during the period 1715–19.

Urio is now known mainly for his Te Deum, of which Handel owned a copy and from which he borrowed. Robinson (1908) suggested that the work was composed by Handel at the village of Urio on Lake Como, but that theory is now discredited. Three copies are known to survive: the first (GB-Lcm 1033) belonged to John Stafford Smith in 1780; the second (Lbl Add. MS 31478) was transcribed in 1781 from an ‘Italian Copy’ that ‘formerly belonged to Mr Handel’ and was then ‘in the Collection of Dr Samuel Howard’; and the third, now in the Paris Conservatoire collection, was once the property of Edmund Thomas Warren. The work is ascribed to Urio in all three. In the first two sources he is described as a ‘Jesuit of Bologna’ and ‘Bolognese’, a mistake suggested perhaps by the prominence of the trumpet parts. In the first and third sources the Te Deum is dated ‘Apud 1682’ and ‘1660’ respectively; it is not certain whether either date is correct, but to judge from the style of the work the former seems nearer the mark. The Te Deum provided the basis for passages in Handel’s Dettingen Te Deum, Saul, Israel in Egypt and L’Allegro il Penseroso ed il Moderato. How it came into his hands is not known, but in view of Urio’s apparent relations with Ferdinando de’ Medici and Cardinal Ottoboni, it seems possible that Handel first saw it in Florence or Rome. Though sometimes prone to squareness, it is an impressive piece, encompassing a wide range of moods. Apart from the trumpet, there are obbligatos for cello (‘Patrem immensae majestatis’) and violin with graces in Corelli’s manner (‘Fiat misericordia tua’), a vigorous duet in 12/8 for soprano and bass (‘Tu Rex gloriae’) and a gentle trio in 3/4 for soprano, alto and bass (‘Tu ad dexteram’) – all bound together by spirited choruses in homophonic and fugal styles. In view of the quality of this work, it seems a pity that only one of Urio’s oratorios appears to survive.