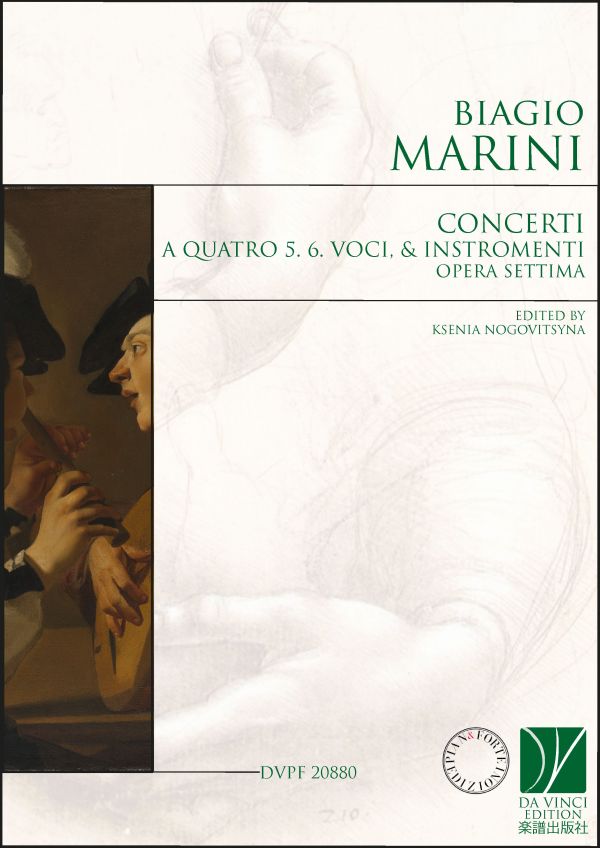 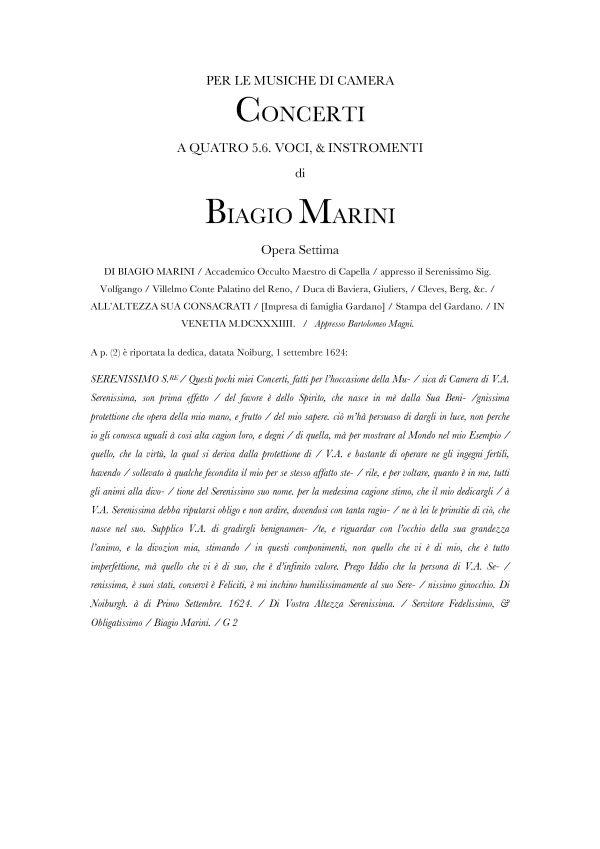 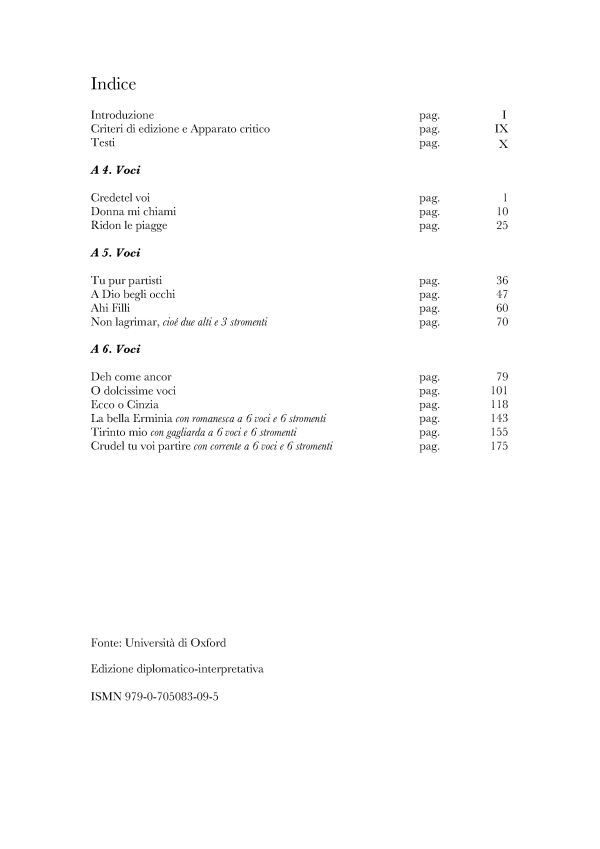 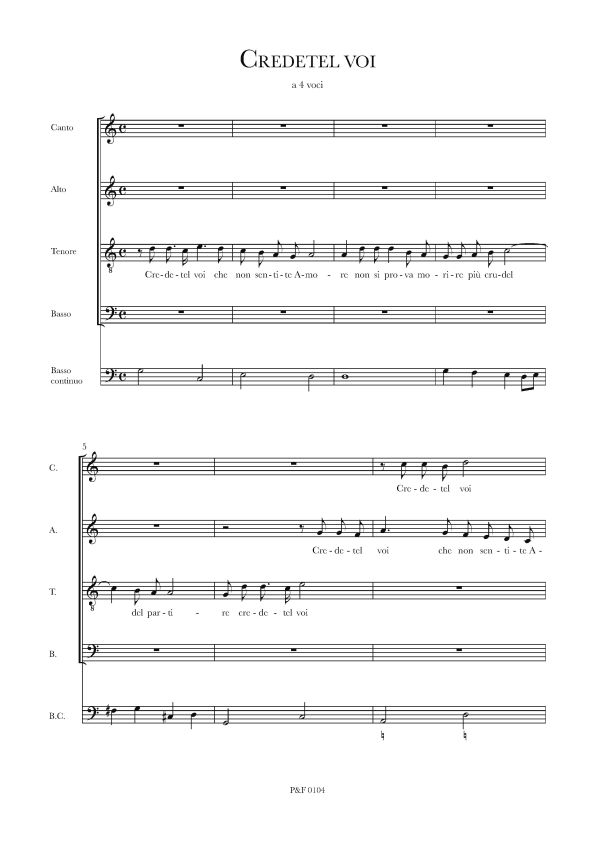 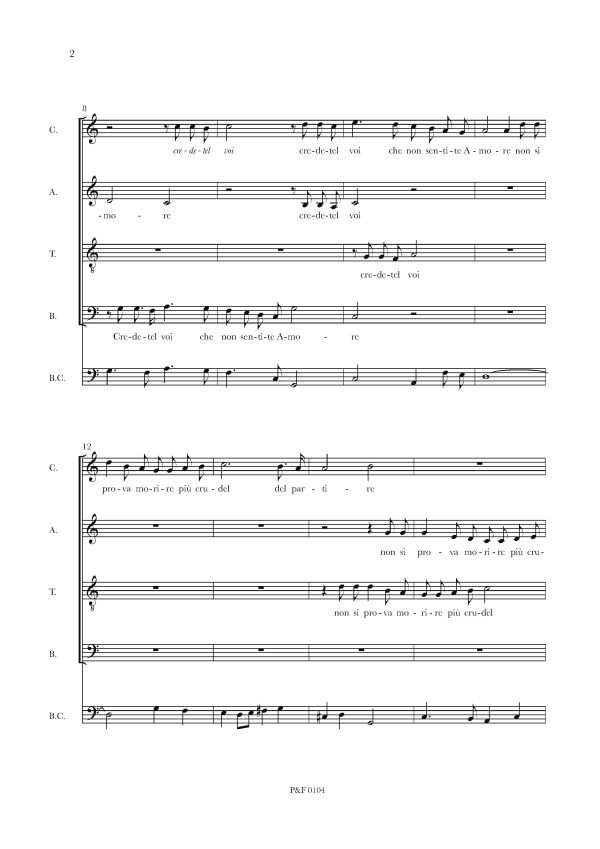 Biagio Marini (b Brescia, 5 Feb 1594; d Venice, 1663). Italian composer and instrumentalist. He seems to have come from an established Brescian family. An uncle, Giacinto Bondioli, was also a composer and may have been one of his teachers; there is no evidence to support the claim that he studied with G.B. Fontana, another Brescian. On 26 April 1615 Marini was appointed as a violinist at S Marco, Venice, and thus probably worked under Monteverdi. By 1620 he was back in Brescia, as maestro di cappella at S Eufemia and music director of the Accademia degli Erranti; on 30 January 1621 he was hired as an instrumentalist to the Farnese court at Parma. Between 1623 and 1649 he served, part of the time as Kapellmeister, at the Wittelsbach court at Neuburg an die Donau, but he was also away for extended periods, in Brussels (in 1624), Milan (1631–2), Bergamo (1632), Düsseldorf (in 1640 and 1644–5), Brescia and possibly Venice. He was again in Milan in 1649, as maestro di cappella at S Maria della Scala, and worked in Ferrara and Venice in 1651–3. By 1654 he was once again in Milan and then in Vicenza during 1655–6. Three marriages are documented; a document from 1641 mentions five children. The atto di morte recording his death cites his age as about 76 years (reproduced in Fano, 1973).

All of Marini’s extant music is in printed form. At least seven volumes are lost, others are incomplete, and there is a curious time-lag of several years between the dedications and publication of opp.7–9. Marini’s vocal music spans many of the vocal genres of the time, including the strophic air, monody, and large-scale concertato madrigal with instruments. Op.2 (1618) is notable for the first appearance in print of a lettera amorosa (Monteverdi’s well-known examples appeared in 1619). The publication of opp.13 and 16, in the 1640s, marked the culmination of his work with the secular concertato madrigal: op.16 was especially indebted to Monteverdi's Madrigali guerrieri ed amorosi. In the 1650s, Marini seems to have focussed his attention on sacred music, here too exploiting the concertato style. As in his final volume of instrumental music, tonal direction is strongest in these late works.

It is as a composer of instrumental music, however, that Marini is best known. His op.1 (1617) contains sinfonias, sonatas, canzonas and dances, all for one or two violins and continuo. Stylistic distinctions between sonatas and longer sinfonias are not always clear. The sinfonias La Ponte and La Gardana, and the sonata La Orlandina, all for one violin with continuo, are the first datable examples of an extended solo piece for violin (or cornett) in which the continuo part is truly accompanimental. Two sonatas, La Foscarina and La Agguzzona, both for two violins and continuo, are the most substantial works in the collection; they are divided into several broad sections. The term tremolo con l'arco in La Foscarina is the first specific request for this effect, and slurring indications appear in both sonatas; both features point to the establishment of a string idiom.

Passages requiring double stopping and the use of the improvisatory instruction ‘affetti’ both first appear in the solo instrumental pieces of op.2; another solo work, based on the romanesca, is found in op.3. Marini’s largest and most innovatory collection of instrumental music is op.8, which contains examples of virtually all the instrumental genres of the time. The trio sonatas are longer than those in op.1, while the third and fourth sonatas for solo violin and continuo represent, along with those of G.B. Fontana, the first notable achievements in the genre. In these works Marini explored unusual instrumental effects such as triple stopping (in the Capriccio in modo di un lira) and scordatura, as well as unusual compositional procedures (the Sonata senza cadenza).

It is unfortunate that there is a gap of 29 years between op.8 and Marini’s next and last completely instrumental print, op.22. Instrumental music from the intervening years is represented only by four sonatas in op.15 and two ballettos in op.16. Two kinds of sonata, da camera and da chiesa, are mentioned on the title-page of op.22, but individual sonatas are not labelled. Four of the six sonatas in the collection are clearly divided into separate contrasting sections, pointing towards the future multi-movement sonatas. Dances and sinfonias are also included, and the Balletto secondo is a true dance suite. Consistent with Marini’s increased interest in the use of relatively large concerted forces, as exemplified in the vocal works of the 1640s, these pieces are on the whole more fully scored.

Marini’s instrumental music is of a high level of craftsmanship, and he generally avoided merely mechanical solutions to compositional problems. His melodic writing has an individual lyricism. Over the course of his career, Marini's works show an increasing tendency toward tonally conceived writing: his last publication, op.22, includes sequences modulating by 5ths as well as his boldest forays into chromaticism, his most unusual chordal progressions, and his most extended use of fugal imitation.