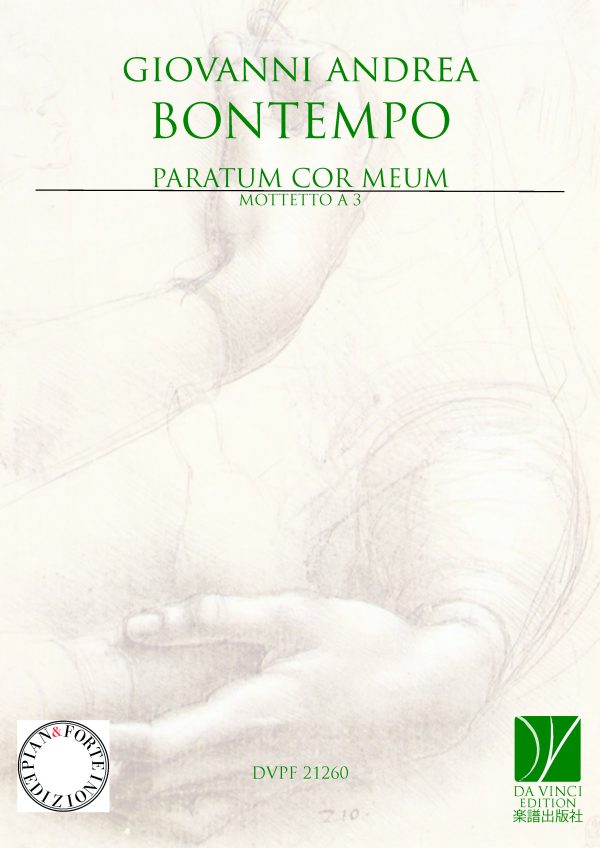 Giovanni Andrea Bontempo (b Perugia, 21 Feb 1625; d Brufa, nr Perugia, 1 July 1705). Italian composer, singer, librettist, historian and architect. Born Angelini, he studied under Sozio Sozi, father superior of the Oratorio dei Filippini at Perugia, in 1635, continuing in Rome as a protégé of Cesare Bontempi, a nobleman whose name he adopted. There he studied singing under Virgilio Mazzocchi and won the patronage of Cardinal Francesco Barberini. In 1641 he travelled to Florence for an apparently fruitless audition, but from 1643 to 1650 he was a singer at S Marco, Venice, under Monteverdi, Rovetta and Cavalli. In 1651 he entered the service of the Elector Johann Georg I of Saxony in Dresden, where, after the elector's death and the amalgamation of the two Kapellen in 1656, he was appointed joint Kapellmeister along with Schütz and Vincenzo Albrici. The favour that Albrici enjoyed with Johann Georg II and the arrival in 1667 of Carlo Pallavicino were given by Bontempi, in the preface to his Historia della ribellione d’Ungheria (Dresden, 1672), as reasons why he turned his attention away from music; but he had already been appointed stage designer and master of the machines at the court theatre in 1664 (and was later inspector of the comedy house), and his first non-musical publication, a (lost) discourse on civil architecture, appeared before his Historien des durchlauchtigsten Hauses Sachsen (Dresden, 1666). From 1666 to 1670 he was in Italy, but by 1671 he was back in Dresden as designer and master of the machines. When Johann Georg II died in 1680, his musicians left Dresden and Bontempi returned to Italy, retiring to his villa near Perugia. He sang and composed for S Maria Maggiore at Spello, near Foligno, and was maestro di cappella there from January to July 1682, but he devoted most of his time to study and writing. Apart from his Historia musica (1695), the first history of music in Italian, he published an Historia dell'origine dei Sassoni (Perugia, 1697) and in the same year was elected to the Accademia degli Insensati of Perugia.

Bontempi is remembered for his two surviving operas and his Historia musica. Il Paride (1662), the first opera in Italian to be performed at Dresden, was given in the castle on the marriage of Erdmuthe Sophia, the daughter of the elector of Saxony, and Christian Ernst, Margrave of Brandenburg. The scenery was by Giacomo Torelli and the performance lasted five hours. The staging of the opera and the publication of the printed full score in celebration, a practice by then abandoned in Italy, suggest that Dresden was attempting to reproduce the atmosphere of the festive early Italian court operas. The action is in five acts and 39 scenes, with many minor roles and episodes revolving around the central plot. Stylistically it shows Venetian influence, of Monteverdi, Cavalli and Cesti, and is characterized by a predominance of arioso. In the text, however, 25 passages of ‘Rede’ (recitative) and ‘Lied’ (aria) are clearly indicated. Each act ends with a dance, the music of which does not appear in the score; there is only one chorus, of minor gods, but there are many numbers for two and three voices.

Il Paride has often been cited as a forerunner of Cesti's Il pomo d'oro, performed in Vienna six years later. They are on similar subjects and both are more lyrical than dramatic, showing a taste for Italian bel canto which in Bontempi is accentuated by the modest instrumentation (two violins and continuo). Ermillo's lament in Act 5, on a chromatic bass descending by a 4th, is an important example of a 17th-century operatic lament, although its comic context (the character wrongly believes he is wounded) modifies the dramatic tension, which is also affected by an interruption. Il Paride represents, along with Loreto Vittori's Galatea, a rare instance of a 17th-century opera for which the composer had sufficient classical background to be able to write his own libretto. Bontempi described the work as neither comedy, tragedy, tragicomedy nor drama but ‘erotopegnio musicale’.

Dafne (1671) and Jupiter und Io (1673), both in German, were written with the literary and possibly the musical collaboration of M.G. Peranda. Dafne was inspired by early Florentine opera, borrowing directly from Rinuccini's libretto which had been translated by Martin Opitz in 1627 for Schütz. Jupiter und Io, of which only the libretto survives, has many comic and grotesque moments deriving from the contrast between the ideal world of the gods and the humble condition of the peasants; the model appears to be A.M. Abbatini's Ione.

The Historia musica was apparently stimulated by the Sistema musico (Perugia, 1666) of Lemme Rossi. Bontempi devoted most of his work to the music of the ancients, arguing that Greek music was not polyphonic, but he also touched on the theory and practice of Baroque music. His interest in theory had already been manifested in his Nova … methodus (1660), dedicated to Schütz and described by Bukofzer as one of ‘the four outstanding treatises on counterpoint’ of the Baroque period; in the Historia he anticipated modern ideas on the nature of fugue. On the practical side, his account of the daily timetable of the pupils of Mazzocchi is justly famous: apart from singing practice it included music theory, counterpoint, letters and harpsichord playing or composition. Judged literally as a history of music, however, his book is less satisfactory: ‘Bontempi merely perpetuates the scholastic treatment of the subject as a mathematical discipline’ (Allen) and for doing so was scathingly censured by Burney and Hawkins.