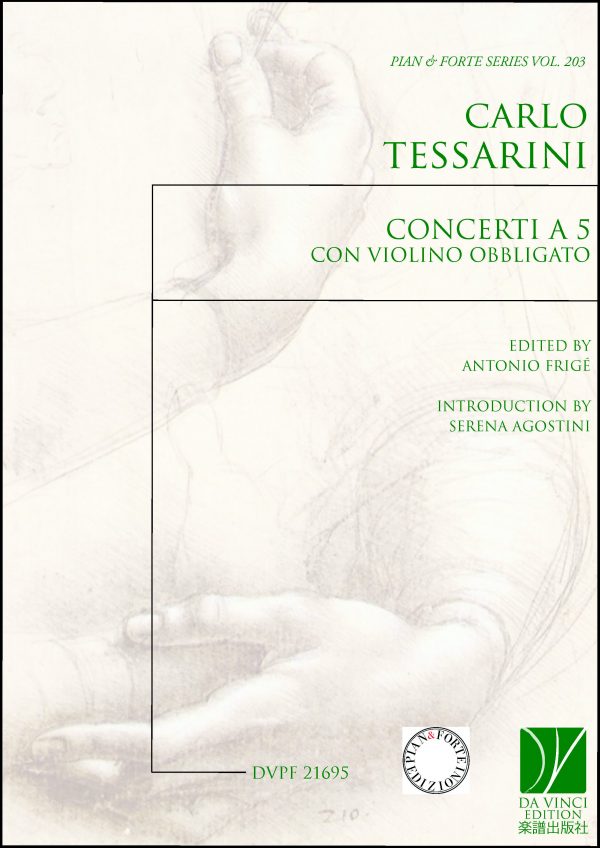 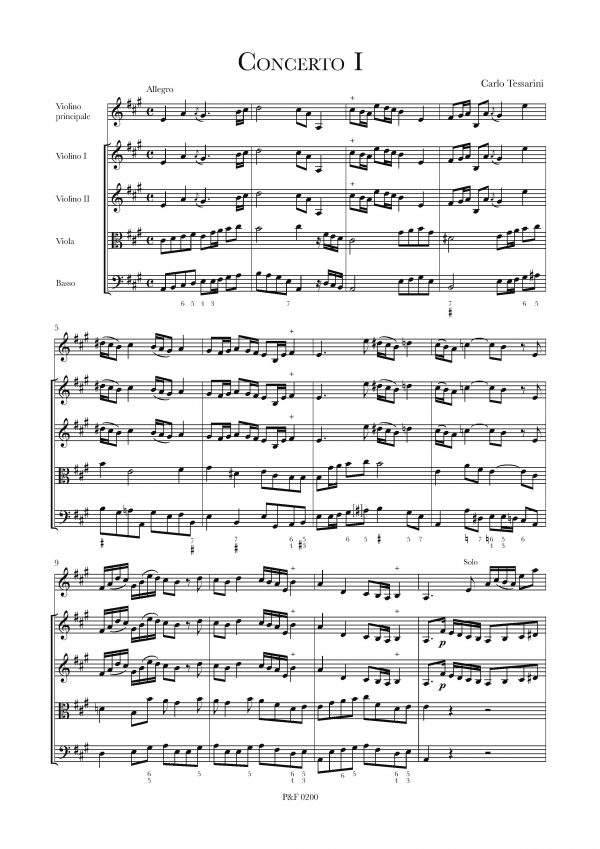 Carlo Tessarini (b Rimini, c1690; d ?Amsterdam, after 15 Dec 1766). Italian violinist and composer. The earliest known reference to him is in a charter of 15 December 1720, where he is mentioned as a violinist in the cappella of S Marco, Venice: his work here is documented up to 1735. Between 1723 and 1730 he was active in the Ospedale dei Derelitti, Venice, and his Sonate op.1 (Venice, 1729) names him maestro de’ concerti there. In 1731 he applied for a post at Urbino Cathedral, where his presence is documented from 1733: his involvement there was interrupted several times for various journeys. From 27 December 1738 there is again documentation of his activities at Urbino Cathedral, but in the preceding years he seems to have been direttore della musica instromentale at the court of Cardinal Wolfgang Hannibal von Schrattenbach in Brno (as indicated in his Sei sonate, Amsterdam, c1737). As early as the 1730s Tessarini had begun, together with one of his relations, Giovanni Francesco, to publish music: he issued his own works and those of others. In 1740 he was appointed first violin at the Teatro di Valle, Rome, but the death of Pope Clement XII meant that the theatre closed on 6 February of the same year. On 13 February he set off for Naples. While he was in Rome Pierleone Ghezzi made a caricature of him. There is no further trace of Tessarini at Urbino Cathedral from 1743, and on the frontispiece of his op.5 (c1744) he described himself as direttore perpetuo of the Accademia degli Anarconti in Fano, near Urbino. From 1744, however, many of his works were published by Boivin in Paris and dedicated to members of the Parisian nobility, which suggests that he lived there for a time (although there is no documentary evidence to support this). On 17 February 1747 he gave a concert at Arnheim (now Arnhem) in the Netherlands. In the same year he arrived in London, where he was engaged as leader of the orchestra of Ruckholt House, a pleasure garden in Essex where every Monday morning during the summer there was a breakfast concert followed by a dance. The season opened on 24 April and Tessarini’s name appeared regularly until October, when it was replaced by that of Richard Collet. On 9 March 1748 Tessarini began a subscription series for his Allettamenti armonici op.13 and his VI Sonate op.14: every Friday morning at his lodgings with ‘Mr Roure’s, Peruke-maker, in Oxenden Street near the Haymarket’ music could be heard. On 18 April of the same year he appeared in Hickford’s Room in the ninth concert of a series open to the paying public organized by Palma, performing many of his violin concertos. London sources occasionally call him ‘Carlo Tessarini il Catelgarreuil’; it is not known what this nickname means. From 1750 to 1757 he was again active, with brief interruptions, at Urbino Cathedral. On 6 September 1752 he gave a concert in Frankfurt; on 17 March 1761 he was again at Arnheim; and at the beginning of December of the following year he played at Gronigen. Between 1762 and 1763 his compositions were published in Holland, suggesting that he spent a considerable time in that country. The last information on Tessarini is a reference to a concert he gave at the Collegium musicum in Arnheim on 15 December 1766; after this all trace of him disappears.

Tessarini’s work is exclusively instrumental and consists mostly of sonatas and concertos. While there are influences of Vivaldi in his music, there is no more documentary evidence for his being a pupil of Vivaldi than for Fétis’s assertion that he was a pupil of Corelli. Tessarini began to publish his works at a relatively advanced age, and his productivity increased considerably during the course of his life. Already in his early works there are formal innovations, and the cyclical form of the solo concerto became the norm in his sonatas. Tessarini’s musical idiom, characterized by syncopated, cheerful, clear themes, often with a dance quality, provides an early example of the features of galant style. As a violinist he must be counted among the best of his age, even if technically, in his compositions, he does not normally go beyond seventh position. His violin method, Grammatica di musica (Rome, 1741), is one of the first such methods and contains specific information on cadenza and ornamentation practice. There are still no detailed studies on Tessarini’s output as a whole.