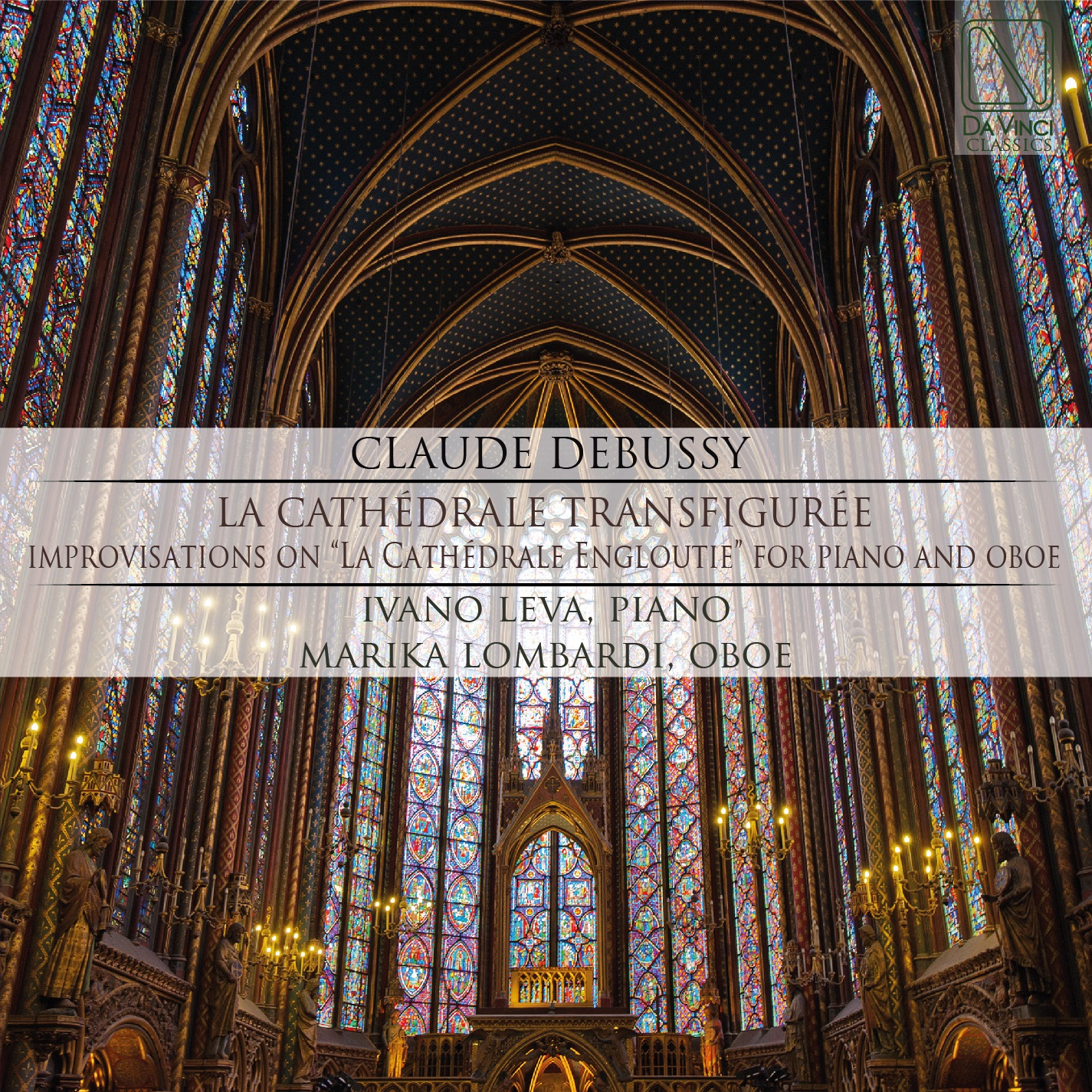 The project “Debussy: la Cathédrale Transfigurée” is a tribute to the genius of the great French musician on the 100th anniversary of his death in 2018. A tribute having as its cornerstone the evoking fascination of the free improvisation: Debussy was devoted to it to seize the “colour” of the sound resonances that he called “the gift of the hearing”.
It is well known that La Cathédrale engloutie -the 10th prelude of the first volume of Préludes- is a piece inspired by the Breton legend of the Ys Cathedral: an island swallowed up by the sea as punishment for dissolute lifestyle of its princess Dahud, who surrendered to the flattery of the devil disguised as a young and attractive magician. This prelude, composed between December 1909 and February 1911, is one of the most famous and performed gems of the Debussy pianist repertoire. We can find the masterful use of both aesthetic and formal highly refined compositional techniques to create a narrative atmosphere. […] (Translation by Marco Beccari)

Leva, Ivano (Pianist) was born in 1975 in Naples, Italy. He studied piano with Alexandra Brucher at the Conservatory of Campobasso and composition with Gaetano Panariello at the Conservatory of Naples. Having been interested even in improvising approaches and jazz music since his youthful years, he also attended regular courses of jazz piano with pianists Francesco D’Errico, Francesco Nastro and Enrico Pieranunzi.
An esteemed, award-winning composer, he currently receives commissions from important authorities and his works have been premiered in several places in the world, from Australia (Geelong Performing Arts Centre, Melbourne Recital Centre) to France (Auditorium M.Ravel, Académie Diplomatique -Paris) and Italy (Goethe Institut, Auditorium Scarlatti – Naples).
As piano player or real-time improviser he has appeared at many festivals and concert seasons (Katerinburg Jazz, Festival dei due mondi, Camerata Musicale Barese, Festival Oboe Paris, Nick La Rocca Festival, Pietà de’ Turchini, Piano City Napoli), enumerating also several exhibitions in tv and radio programs for the Italian national channel RAI. For a long time committed to exploring the possibility of merging classical music and real-time composition into an own unique style, he recently released a cd of original compositions, L’ala del silenzio, focused on the balance between the typical formal architecture of the piano quintet and elements of pure improvisation.
He also works as music tutor and lecturer, teaching both classical and jazz piano, harmony, and theory at the pre-academic courses of the Conservatory of Salerno.
Share this: