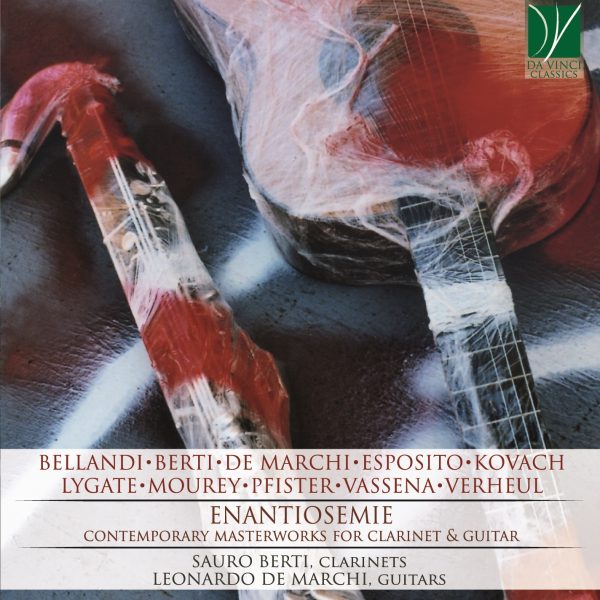 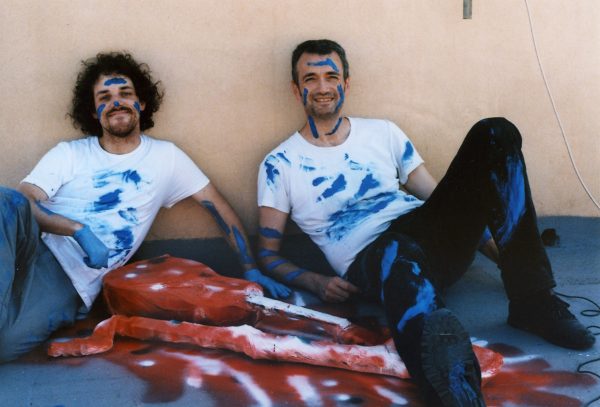 Leonardo De Marchi: Concert player, mainly devoted to the most recent guitar literature. He obtained master degrees with honours in guitar in the conservatoires of Venice, Novara and Pavia and followed specialization courses at Giulio Regondi Academy in Milan. He also holds a bachelor degree with honours in German and Slavic studies at Ca’ Foscari university, Venice.
He obtained the first prize in the music competitions of Musile (2008, as chamber musician, and 2009, as soloist), Piombino (2009), Treviso (2014, as chamber musician). Besides his concerts, both in Italy and abroad, he has a significant discography: he recorded, among others, Bach and Haydn for two guitars (DotGuitar), Sergio Sorrentino – Quattordici studi sulla creatività (Sinfonica) and Enantiosemie – Contemporary masterworks for clarinet and guitar (Da Vinci).
He also took part to the monography Parade – Guitar works by Giorgio Colombo Taccani (GuitArt). As editor, he worked on 24 Preludi e Ricercari by A. Franco (Ut Orpheus) and Dedica 2015 by G. Manzoni (Rai Com).
As lecturer and musicologist, he holds masterclasses on the guitar literature for relevant institutions and has written several booklets and listening guides.
His research on the new musical languages led him to study the literature of the ten-string guitar, which he broadened through the cooperation with prominent Italian composers. The first results of his work are published in his essay Nuovi orizzonti per la chitarra a dieci corde (Viator).

Antonio Bellandi: Graduated in Composition, with honors and praise in Conservatory “G. Puccini” of La Spezia, under the guidance of M° Andrea Nicoli. He received also the two-year specialization in composition in the same Conservatory with honors. Graduated in Piano at the Musical Institute “L. Boccherini” of Lucca, under the guidance of Prof. Clara Cesa. Graduated in History of Modern and Contemporary Music, with honors and praise, in University of Florence, under the guidance of Prof. Franco Piperno. His catalogue of compositions includes symphonic pieces, chamber music, vocal music (sacred and secular), electronic. His compositions have been performed in Italy, Czech Republic, Germany, Republic of Macedonia, Azerbaijan. Selected by M° Giorgio Battistelli he attended the Masterclass for Composers, held by Klangforum Wien , during the Festival of Contemporary Music of the 51st Biennale of Venice. Selected composer by Ostava days 2009 Institute (Czech Rep.). In 2011 with his composition “La leggenda del nocciòlo e del caprifoglio”, for Chamber orchestra and actor, he won the “Premio Nazionale delle Arti 2011” (Italian Ministry of University and Research). This prize is given to the most talented Italian artists. Played in several important music festivals (Ostrava Days, Festival Chitarristico Internazionale di Lagonegro, Intersonanzen 2016 and others) He wrote for Sergio Sorrentino, Michele Bianchini, Fabio Sammarco, Antonino YekNur Siringo, Duccio Ceccanti, Ethymos Ensemble, ConTempora Ensemble of Skopje, Nyky Ensemble, Exclusive Saxophone Quartet.

Pfister, Hugo (b Zürich, 7 Sept 1914; d Küsnacht, nr Zürich, 31 Oct 1969). Swiss composer and teacher. He trained as a schoolteacher, then studied the piano and music theory with Czeslaw Marek. He taught music in the Teachers’ Training College in Küsnacht for most of his life. He composed in a light French manner until 1956–7 when he went to study in Paris with Nadia Boulanger; he then quickly developed an individual style integrating linear thinking, a widely enlarged tonality with polytonal characteristics, and polyrhythmic textures stemming from the music of Bartók, Schoenberg and Berg. In many of his works the main formal force is a rhythmic impulse, combined with astute melodic and timbral invention. Pfister wrote much incidental music for stage and radio plays performed primarily in Germany and Switzerland.