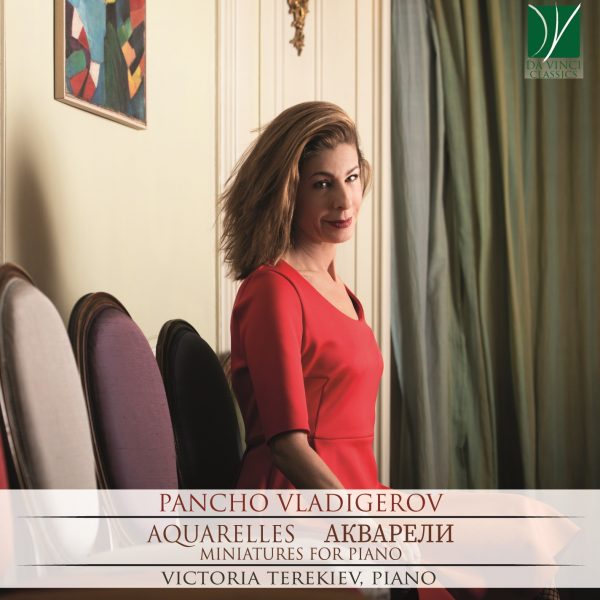 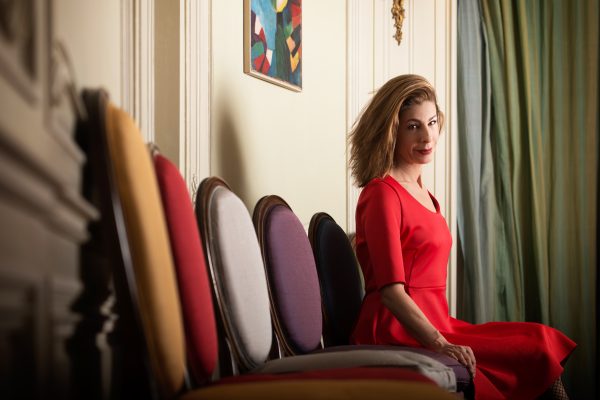 too. What is unique in this composition is the orchestral approach that the composer used in each page, the density of the piano writing with full chords and the repetition of sixteenth-note pulse create a peculiar mode that let us easily understand why in 1942 only these two pieces were orchestrated.
As above mentioned, after composing many large symphonic works, Vladigerov turned back to piano miniatures. The title that closes this cd is Aquarelles Op.37, similar in construction and style to the previous one.
Reason for this sudden “retirement” into small pieces form could be found, maybe in the historic event of the period. The strong anti-Semitism in Europe during World War II had damaged the composer’s life and career. Being a descendant of a Jewish mother, he was constantly attacked and accused of plagiarism for incorporating Bulgarian folk elements in his music. In a Berlin publication called The Yellow Book, the names of all Jewish musicians were listed from the past up to 1941. Among the names were Mendelssohn, Offenbach, Gershwin, Reinhardt, and Vladigerov, listed as composer No. 295. Due to this situation, Valdigerov was not productive during the whole war, with only a ballet at its end “The legend of the Lake” Op.40 and other two composition dedicated to Romanian folk music. This Aquarelles can be considered as one of the last examples of Miniatures, the next one would be composed only in 1950, the Pictures op.46.
Into Aquarelles we found another interesting aspect of the rhythmical folk influence on the composer. He often uses rhythms that are contrary to the regular or steady pulse found in Western art music. Some of his used rhythms are typical for a traditional Bulgarian dance called Daychovo Horo, and the same rhythm is found even into other tradition, like some Turkish dances, both characterised by uneven meters and syncopations. The “Rhythmic Movement,” the piece that closes the cycle, is one of the best examples of this use.
(Album Notes by Edmondo Filippini)

Pancho Vladigerov (b Zürich, 13/25 March 1899; d Sofia, 8 Sept 1978). Bulgarian composer. He lived in Shumen, Bulgaria, until 1910 before studying theory with Khristov and the piano with H. Vizner at the private Music School in Sofia (1910–12). He then took private lessons in composition with Paul Juon and the piano with H. Barth (1912–15) and in 1914 enrolled at the Staatliche Akademische Hochschule für Musik in Berlin. There he studied composition with Gernsheim and Georg Schumann and the piano with Leonid Kreutzer at the Akademie der Künste (1915–18, 1920–21). He was awarded the Mendelssohn Prize in 1918. He worked for Max Reinhardt at the Deutsches Theater in Berlin as a composer and conductor (1920–32) before returning to Sofia where he was appointed reader (1932–74) then professor (from 1940) of piano, chamber music and composition at the State Academy of Music. As a pianist and composer he toured Bulgaria (having made his début in 1904) and most other European countries. He is one of the founders of the Bulgarian Contemporary Music Society and was an executive of the Union of Bulgarian Composers.

One of the most important representatives of second generation Bulgarian composers, he underwent a natural creative evolution and formed an individual musical style following the traditions of Rachmaninoff, Richard Strauss and others. He wrote the first instrumental concerto in Bulgarian music, while his 6 Lyric Songs (1917) mark the beginning of many such vocal works in Bulgarian music. In general terms, his music is highly expressive and employs Romantic harmonies.

The year of 1922 is a turning point in Vladigerov's creative evolution towards a national musical style based on the Bulgarian folklore (Bulgarian Rhapsody ‘Vardar’, 1928), while, almost a decade later, Klasichno i Romantichno (‘Classic and Romantic’, 1931) represents an original interpretation of the neo-classical styles of that period and at the same time is notable for its synthesis of Bulgarian and west-European musical traditions. His first significant achievements date from the 1930s with the composition of the opera Tsar Kaloyan (1936) and the First Symphony (1939). In the 1940s he extended his activities as a pianist and teacher and established his own composition school (his students include Konstantin Iliev, Georgy Kostov, Lazar Nikolov and Pencho Stoyanov). This period marks a new development in his work with the appearance of epic-dramatic pieces Deveti Septemvri (‘The Ninth of September’) in 1949 and the Fourth Piano Concerto in 1953. Although the lyrical Legenda za ezeroto (‘Legend of the Lake’) had been written in 1946, this trend becomes even stronger after 1960 with works such as the Fifth Piano Concerto (1963).

Vladigerov is a significant figure in 20th-century music. Influenced by German and Russian music (but also using elements of Bulgarian, Jewish, Romanian and Spanish music), he composed original works reflecting many aspects of early 20th-century music. The Gottfried Herder Prize which he was awarded in 1968 reflects the importance of his work.