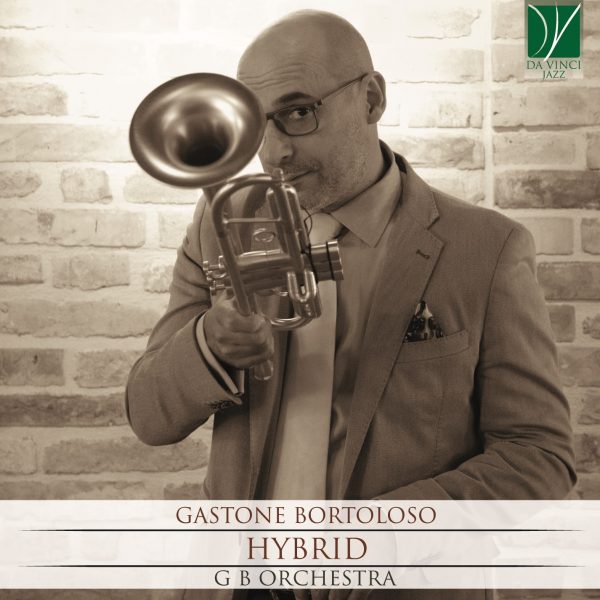 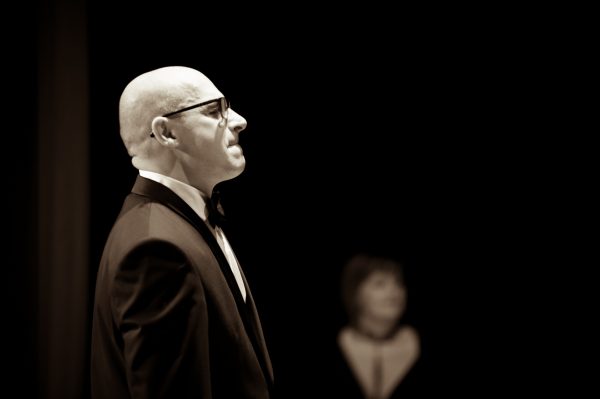 To work in big orchestras always involves a considerable investment of energy and responsibility. Big Bands are one of the most complex musical groups not only for its members, plenty for a standard jazz ensemble but especially regarding the single musician mind. A comprehensive vision of jazz music which does not start from a “Solo” but start from a “Together” it is required, essential to continuing the ensemble activity.
At its new project, this orchestra has its fil rouge in the orchestral training, where everybody tries to go in the same direction, doing jazz as jazz began: “working” for the satisfaction of improving the most important reason: to be TOGETHER. The musicians were able to organise themselves during several rehearsals, showing great flexibility, quickly adapting to the inevitable shifts of hours, due to the complicated logistics of the group. I’m happy to point out how they have been relentless in their efforts and patience, as well as their respect for our work. HYBRID is a sort of collection. It compiles a path consisting of a HYBRID repertoire (hence the title), made up with more ideas, more periods, more styles related to each other and pursued energetically and strategically, through a language that I love so much and I do not want to forget: JAZZ.
Several elements create this tracklist, not as a demonstration of eclecticism, but rather with the intention to “seek the melody there, so close that you can almost see …” as Duke Ellington said and sometimes to offer a different way respect to the one that characterised our style so far. It is the case for the version of “Body And Soul”, where the main theme does not arise as the lead but remains hidden within the tissue of harmonic arches, creating a completely intimate and meditative mood. Into “E se domani” and “Estate” there is the elegance and musicality of the Radio and Television of the ’60s when the great Rai orchestra of light music performed it with perfect elegance for the evening audience. “Admiral’s Horn”, “Gonna Fly Now”, “Birdland” and “Gospel John” are the celebration of the hard but penetrating and rocking repertoire of an unforgettable “boss” of the trumpet Maynard Ferguson. “In A Sentimental Mood” is a modest tribute to the genius of Duke Ellington, and this personal version of the score follows three well know styles: funk, swing and bossa nova. “Joy Spring”, a composition of the great Clifford Brown, has a place in the Hard Bop style: the orchestra has performed this work in the best way. “Blues For Basie” contains colours and accents typical of the Blues for large orchestra and follows the stylistic idea left by the great bandleader Count Basie. “Hybrid” is a composition born during the period of my stay in New York. I felt the frenzy of American life through the cacophony created by the traffic noise and the constant metropolitan sounds that I tried to bring into the score. Making stronger some musical elements coming from tradition with a well-controlled use of electronics it was possible to create a unique nuance, hybrids if compared to our usual production. The result was a sensation of persistent dynamism that into Hybrid leads at some point with the top of music licensing: the collective improvisation. The original arrangements were made taking regard the single ability of each instrumentalist looking for the fun even into a difficulty. This aspect is good for the soul, because does not stop at the technical capacity achieved, but it tries to communicate to other members the joy of making music and the satisfaction of reaching a result together.
All this it was for me the most exciting challenge and even for this reason Jazz was born. Also if we have the will to communicate with the audience, sometimes it’s not possible to give the right idea of all these sensations. Maybe this is why art has a real evolution: the needing to share something into a universal language that, under an occident perspective, can unify all humankind.

A hug to these musicians and all my greetings: but this is only a moment. Another program it’s waiting for us.