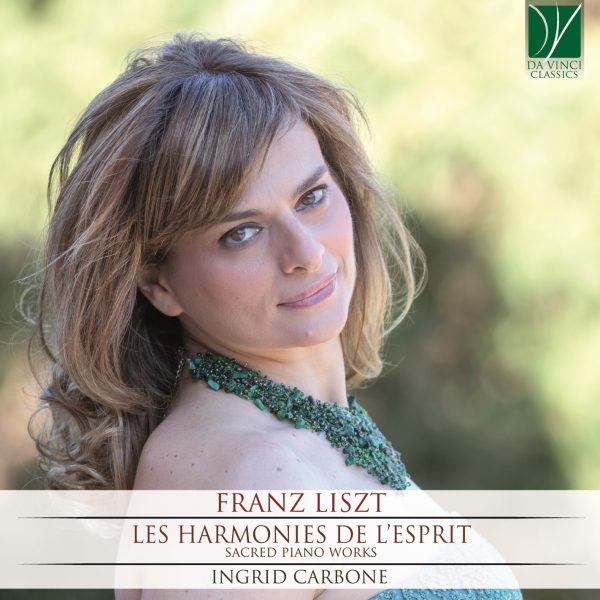 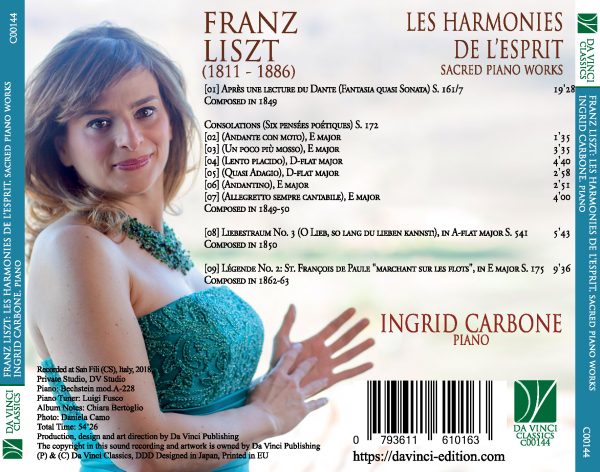 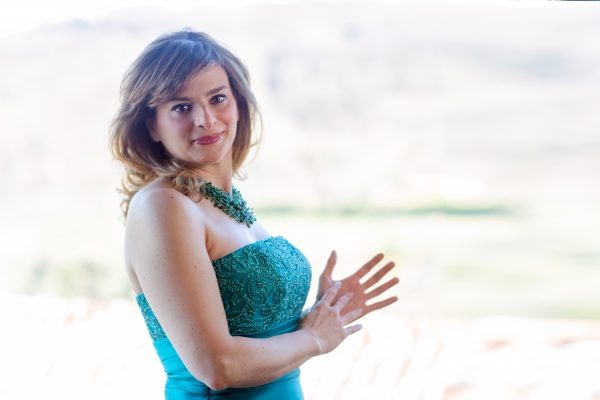 Ingrid Carbone: In 2021, Ingrid Carbone received the Career Award by Città di Montalto Uffugo”, the Calabrian town where the great Ruggiero Leoncavallo spent his childhood, “for her extraordinary artistic career that has brought prestige to the whole of Calabria”.
In 2020, the Conservatory of Music of Cosenza, her hometown, on the occasion of its 50th anniversary celebration ceremony, selected Mrs Carbone as one of the brightest and most successful students that the Conservatory has had, and awarded her “for her highly prestigious artistic activity“.
In 2018 she is awarded the XXI edition of the Prize “La città del sole” (section Art) by the Rotary International Association “La città del sole”. In 2017 the International Federation of Professional and Business Women – FIDAPA BPW  Italy (Rende) awarded her the biennial prize “Donna del Sud” for her artistic value. In the same year, her artistic history and her Liszt’s music appeared in the movie-documentary (and soundtrack) “Italian genius under the stars”, which has been presented at the Venice Film Festival.

Mrs Carbone has a wide repertoire which runs from the baroque period (including Bach concertos with string orchestra) to the 20th century. She has performed as a soloist, with orchestra and in duo with violin for several associations, conservatories of music, Italian consulates, foundations, theaters and universities in Austria, China, Germany, Hungary, Israel (including West Bank), Italy, Poland, Spain, Slovenia. She also gave masterclasses in China, Israel and West Bank.
Beside the concert activity, Ingrid Carbone is interested to spread musical and cultural knowledge through lecture – concerts, and she is very engaged in social issues also through charity concerts, and is attentive to its own territory, which she promotes in Italy and abroad with projects involving composers linked to Calabria.
She has been invited to be a jury member of international piano competitions and jury member for Italian Piano Diplomas. In 2018 Mrs Carbone has founded the Musical Association “Clara Schumann”, of which she is the President.

Ingrid Carbone began her musical training in Italy, at the Conservatory of Music in Cosenza, where she studied with Maria Laura Macario and Flavio Meniconi, and obtained the Piano Diploma with full marks at the age of nineteen with Francesco Monopoli. At the Conservatory she also studied Composition.
She specialized in Italy and abroad at prestigious academies such as the Internationale Sommerakademie - Universität Mozarteum in Salzburg and the Tel-Hai International Piano Master Classes in Israel and with internationally renowned pianists, including Lazar Berman, Cristiano Burato, Aquiles delle Vigne, Eduardo Ogando, Ronan O’Hora, Hector Pell, Andrzej Pikul.