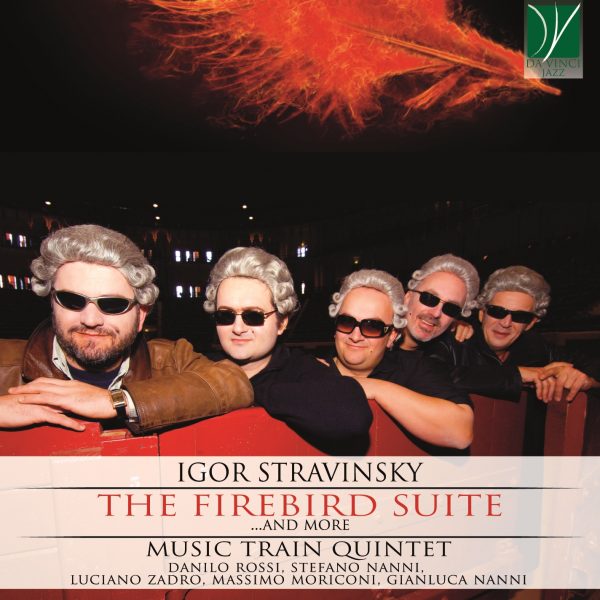 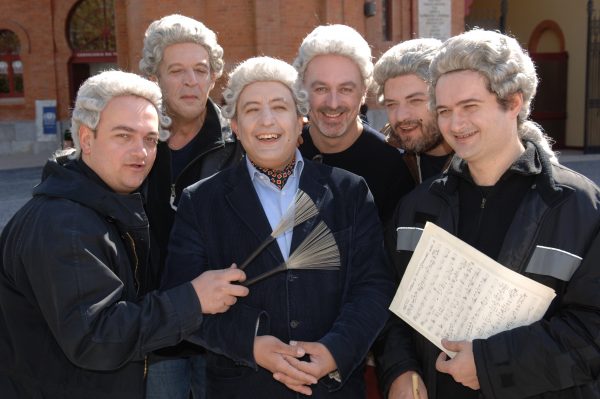 Music Train Quintet was founded on a quiet August night by a group of friends, five ltalian musicians with a strong desire of making music together, trying to put out their feelings and create new originai musical stories. Following up their first recording experience, when they issued a really remarkable and much appreciated CD, the group are now trying to set out on a new, intriguing, and amazing musical journey. An originaJ and colourful interpretation of I. Stravinskij’s “The Firebird”, transformed into a total-music symphony, beyond every language barriers. All arrangements clearly show the different artistic origins of the five excellent musicians, mingled in one perfect team work.

Massimo Moriconi: Mythical bass player, who has gone through all modem music styles.
Danilo Rossi: First viola at “La Scala di Milano”. For over twenty years at the top of his career. Mr. Rossi plays on his 17th century instrument by Maggini.
Stefano Nanni: Composer, arranger and talented pianist. One of the most well-known and requested performers on the Italian scene.
Luciano Zadro: Extraordinary guitarist with the ability of drawing incredible, heavenly sounds out of his semi-acoustic guitar.
Gianluca Nanni: A drummer who perfectly knows all the secrets related to his instrument, which he can play with strength and sweetness.

To complete this CD are three pieces, all written by the musicians of the group, which reveal their passions and their personal artistic experience. Then the Music Train Quintet want to pay a tribute to beautiful Portugal, the country that has witnessed the work in progress of this recording, with two pieces – “O claro ceu de Coirnbra” and “So a tì” a remake of “Dreaming Bertinoro”. This is to seal the important meeting between the Quintet and tenor Giovanni D’Amore, of Sicilian origin, but Portuguese in adoption, whose warm, gentle voice is worldwide appreciated. Another citizen of the world getting on this music crain! Well, then ….. everybody on the carriage … .we are leaving!

Student of some of the most important viola masters (Merlini, Farulli, Asciolla, Bashmet) and getting his diploma with the highest grade (cum laude), Danilo Rossi shown his musical skills already when he was 16, when he won his first International Competition. At 20, he was chosen to take the part of First Soloist Viola at the prestigious Teatro alla Scala di Milano, becoming the youngest musician of the whole history of the theatre to cover that role. Since that moment his career became an infinity of concerts, festivals, meetings and recitals that brought him all around the world.
During his career as soloist he performed the whole viola repertoire guided by Riccardo Muti, Gianandrea Gavazzeni, Riccardo Chailly, Gianandrea Noseda, Ottavio Dantone, Mung Wung Chung, Seji Ozava, Zubin Mehta, Mario Brunello, Lorin Maazel, Umberto Benedetti Michel-angeli, Adam Fischer, with some of the most prestigious orchestras of the world (Filarmonica della Scala, Teatro Comunale di Bologna, l’Orchestra d’Archi Italiana, Rai di Torino, Orches-tra Regionale Toscana, Regio di Torino, Suddeutchekammerorchester, Filarmonica di Mosca, Kioi Symphony Orchestra di Tokyo, I Solistidi Mosca, Filarmonica di Budapest, Orchestra dellla Svizzera Italiana di Lugano, etc.).
During the last 30 years, covering the role of First Viola at the Teatro alla Scala, he collaborat-ed with some of the best living orchestra conductors, like Claudio Abbado, Daniel
Barenboim, Carlos Kleiber, Wolfgang Sawallisch, Daniel Harding, Gustavo Dudamel, Leonard Bernstein and Daniele Gatti.
Danilo Rossi has also been a practicing chamber musician. Indeed, he has been guest of some of the most relevant Festivals of Chamber Music (ST. Moritz, Cork, Asolo, Ravenna, I Suoni delle Dolomiti, Vicenza, Joliette, Nijny Novgorod, etc.), where he performed with some of the greatest musicians: Paul Tortelier, Jury Baschmet, Pier Narciso Masi, Bruno Canino, Giuliano Carmignola, Mario Brunello, Andrea Lucchesini, Tomas Brandis, Franco Gulli, il Quartetto Arditti, il Fine Arts Quartet, il Nuovo Quartetto Italiano.
In 2018 Danilo Rossi will celebrate a 30-years collaboration with the pianist Stefano Bezziccheri. Together with him, Rossi played in the most important European concert halls, recording many CDs that cover completely the relevant repertoire for viola and piano.
Some of the most important contemporary composers dedicated a piece to Danilo Rossi, like Stefano Nanni, Carlo Boccadoro, Roberto Molinelli, Alessandro Appigiani, Valentino Metti, Nicola Campogrande, Simonide Braconi.
Numerous the radio and tv recordings that have seen Danilo Rossi performing, as well as the 40 CDs published. About this, in 2016 he has been dedicated of five episodes by the well-known radio broadcast RadioTreSuite, owned by RadioRai.