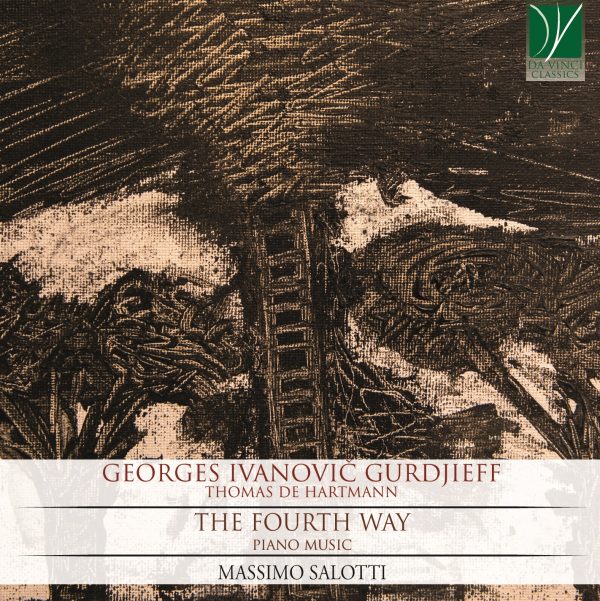 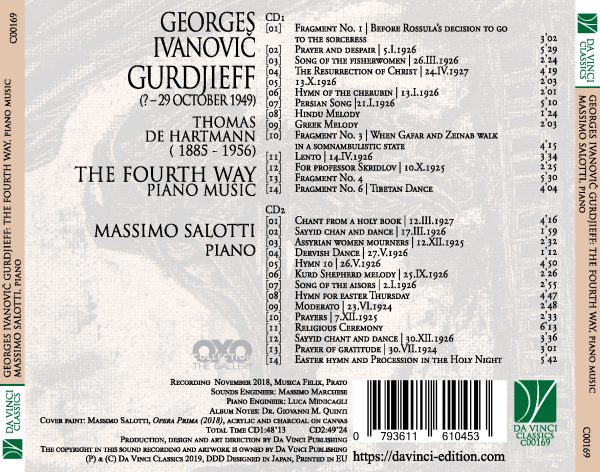 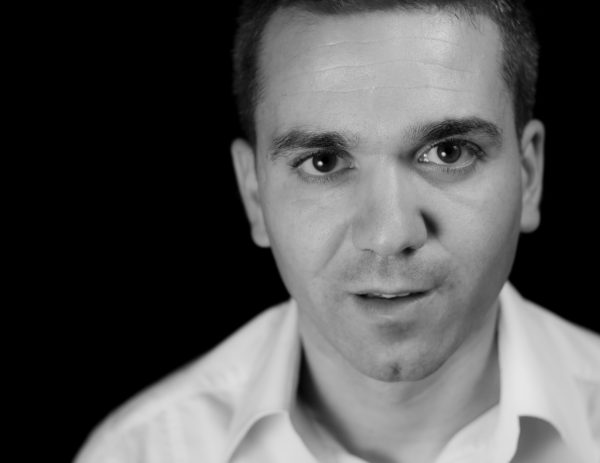 Massimo Salotti is a pianist, composer, painter and digital performer.
He obtained his Master in Music very young at the Istituto Musicale “L. Boccherini”, in Lucca, under the guidance of M°. Riccardo Pieri. He then specialized with M° G. Sacchetti, M° P. Rigacci and M° Pier Narciso Masi.
In 1997 Massimo Salotti had already won many first prizes in solo competitions and started his artistic career.
He performed for important concert associations such as: the Fondazione Walton, the Associazione Musicale Lucchese, the Festival da Bach a Bartok, the Amici della Musica, the Goethe Institut and the Festival delle Nazioni. He also performed for important theatres like the Comunale of Bologna, the Sala Sinopoli of Rome, the Teatro Ponchielli di Cremona, the Teatro Regio di Torino, the Teatro dei Rozzi of Siena and the Teatro Regio of Parma.
In 1998 Massimo Salotti founded the Alban Berg Duo, a chamber ensemble that won many international first prizes, and the prestigious Master in Chamber Music at the Accademia di Alto Perfezionamento of Imola.
In 1999 Massimo Salotti had important collaborations with theatres that highlight his abilities as a vocal coach and opera répétiteur, making him work with great artists such as Andrea Bocelli, Katia Ricciarelli, Roberto Servile, Herbert Hands, Maria Billeri, Gabriele Viviani, Massimo Cavalletti, Isa Danieli and Mariano Riva. He was also the person in charge of the UNESCO C.I.D.M. projects in 2006 and 2011.
Massimo Salotti is a poliedric artist. He further developed his studies in composition and digital-photo art, bringing his “musical visions” in Brazil (Sao Paulo, Brasilia, Curitiba, Belo Horizonte), England (London), Switzerland (Zurich, Uster, Dietikon), Azerbaijan (Baku) and Belgium (Bruxelles).
In 2013 Massimo Salotti was invited by the Italian Embassy to hold a Master class on Italian Opera at the prestigious Teatro Sao Pedro of Sao Paolo.
In 2014 Salotti had a leading role in the construction installation of “XXIV Waves for Piano Solo” dedicated to the american artist David Lynch at the Xth Festival Internazionale on cinema “Lucca Film Festival”. David Lynch himself attended the event and was particularly impressed and enthusiastic about it.
In 2016 Massimo Salotti was finalist at the Premio Internazionale di Arte Contemporanea Premio Lynx.
Massimo Salotti is the Director of the Scuola di Musica Sinfonia in Lucca.

(b Khoruzhevka, 9/21 Sept 1885; d Princeton, NJ, 26 March 1956). Ukrainian composer and conductor. He studied the piano with Yesipova at the St Petersburg Conservatory (1900–02) and took lessons in composition from Arensky and in counterpoint from Taneyev (1907). Subsequently he studied with Boleslav Yavorsky (1906–12) and taught at the Tbilisi Conservatory (1919–21). Hartmann met George Gurdjieff (1877–1949) and joined his circle of ‘Seekers of the Truth’. For the next 12 years he travelled widely with him and they collaborated in the composition of numerous piano works which were used as accompaniments to the dances and exercises performed by Gurdjieff’s pupils. He lived variously in Erevan, Constantinople, Berlin (where he founded a Russian orchestra), Paris and New York (from 1951). His early compositions show influences from Musorgsky and the Russian tradition in general, but from 1925 he introduced modernistic traits, particularly polytonality and polyrhythm.