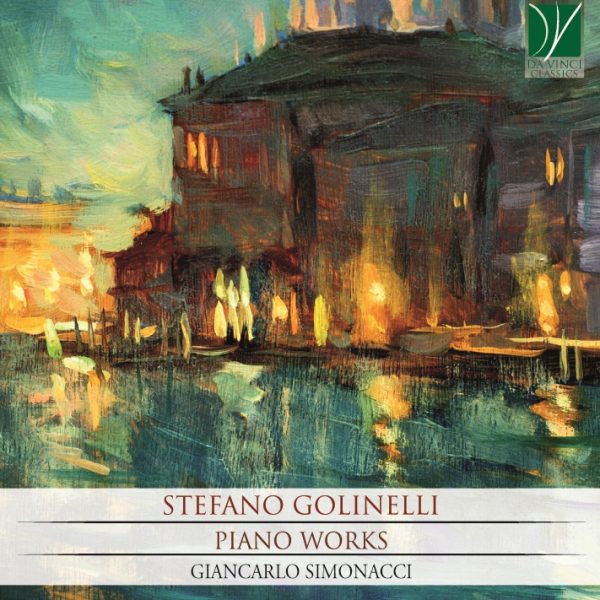 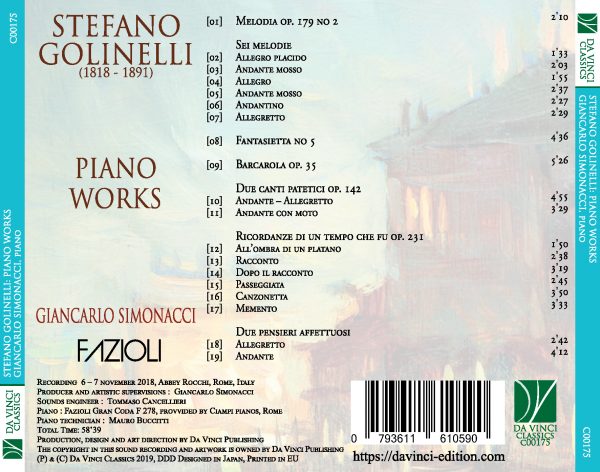 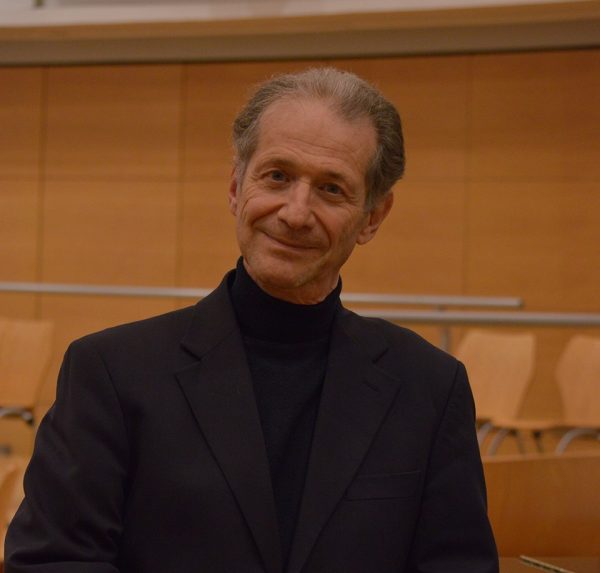 Outshined by opera, which ruled the fates of music in nineteenth-century Italy, many musicians – both composers and performers – devoted their energies to instrumental music. One famous representative of this group was Stefano Golinelli (Bologna, 1818-1891), a composer, pianist and pedagogue who attracted lively attention both in Italy and abroad. He was held in high esteem by Rossini, who gave him the post of Professor of Piano at the Liceo Musicale of Bologna in 1840; in 1842, composer and conductor Ferdinand Hiller (1811-1885) referred to him as to the best Italian pianist of the era on the Parisian Revue et Gazette Musicale. Hiller would later be the dedicatee of Golinelli’s 12 Studi op. 15 (1843), which would receive a positive review on Leipzig’s Zeitschrift für Musik in 1844. Golinelli’s output is mostly focused on piano music, even though it comprises a scanty (but significant) number of chamber music works, among which the three String Quartets op. 100 (1854) are worth mentioning. His piano works are in a variety of genres, including Etudes, Sonatas, Preludes, Toccatas, character pieces, album leaves, Reminiscences and Fantasies on operatic themes. The instrumental traits of Golinelli’s piano writing reveal his real awareness of the instrument’s idiosyncratic features of timbre and colour. His language demonstrates his attention to the aesthetic guidelines set out by the great Romantic composers of the time, such as Chopin, Liszt and Schumann, while, at the same time, it maintains a stylistic connotation of its own. There is, therefore, a great focus on the melodic tension (with belcanto influences), sustained by a refined harmonic texture which is not without a peculiar charm. The Melodia op. 179 n. 2, an intensely poetical piece, belongs to a triptych whose subtitle is Pensieri intimi (“Intimate thoughts”), aptly underpinning its spiritual and refined nature. The Sei melodie, dedicated to Nicola Vaccaj (Golinelli’s teacher) are pieces which, in their seeming simplicity, stand out for the delicate clarity of their melodic texture. While it would impossible here to point out the individual features of each piece, it is worth mentioning that Golinelli’s choice of their keys creates an interesting parallel between the first and the second group of three pieces each. The first piece, in fact, is in F major, the second in A major, the third in D major; the fourth is in F sharp major (enharmonically equivalent to G flat), the fifth in B flat and the sixth in E flat. There are twelve pieces among Golinelli’s Fantasiette; their formal structure is free but corresponds to expressive requirements, such as, for instance, the juxtaposition of at least two thematic groups. The Fantasietta n. 5, whose instrumental writing is very varied and appealing, features also a somewhat unusual tonal plan. The first thematic nucleus, in G major, points with increasing focus to the note B, which becomes the dominant of E major. In this key, the second thematic element flourishes generously, while in the third section, after a robust chromatic descent, the beginning of the first thematic kernel tenuously reappears (this time in E minor), immediately followed by a final Coda in a shining E major. The fluent singing style of the Barcarola op. 35 finds (both at the centre of its itinerary and in the concluding peroration) tones of dramatic tension, though the serenity of its principal theme is its qualifying trait, characterising the piece as melancholic and introverted.
The explicit emphasis of the Due canti patetici op. 142 employs an expansive and communicative declamation: here the operatic atmosphere is at work, with a plot and characters which are, at the same time, subtly perceived and elusive. The title of Ricordanze di un tempo che fu op. 231 (“Memoirs of a past time”) seems to allude to a past seen with nostalgia. It is composed of six scenes, connected to each other by thematic motifs found again and again, punctually and almost identically, throughout this Suite. The composer is very alert to the emotional conflict between one piece and the following, even though he delineates a single, overarching, evocative narrative. With his diptych Due pensieri affettuosi, Golinelli reaches a more elevated dimension, thanks to the nobility of the content, to the skilful elaboration of the two pieces’ only thematic fragment, to the notable relationship between melody and harmony (particularly in the Andante). This work, as a whole, is worth including in the ideal artistic sphere in which the pieces of the most famous European composers of the nineteenth century are found.

Giancarlo Simonacci, pianist and composer, was born in Rome, where he studied music at the Conservatorio “Santa Cecilia”. He then took advanced courses in composition with Aldo Clementi and piano in piano with Carlo Zecchi at the Mozarteum in Salzburg. He is active as a piano soloist and plays regularly in a piano duo with Gabriella Morelli, also performing frequently with singers and other instrumentalists.
As a composes and performer he takes part in the foremost international festivals and concert series. His compositions have been published by BMG Ricordi, Edipan, Rugginenti and Accord for Music, and he also recorded for RAI (the official Italian television and radio network), Discoteca di Stato Italiana, Radio Vaticana and ORF (Austria). Silence Records produced a CD, interpreted by Francesco Negro, dedicated to his piano works. He has made recordings for CRI, Edipan, Fonotipia, RCA, Domanimusica, Mr Classics, Irtem, AFM, Atopos and Twilightmusic.
Particularly noteworthy are his recordings of the music of John Cage, for Brilliant Classics, which were well received by the press both in Italy (Messaggero, La Repubblica, La Gazzetta di Parma, La Stampa, Musica, Suonare News, Amadeus, Classic Voice etc.) and abroad (ABC, Magazine Klassics, Piano, Le Monde de la Musique, Diapason, Scherzo, BBC Music Magazine, Los Angeles Times etc.). For Brilliant Classics he has recorded the complete piano works of Ildebrando Pizzetti and complete works for cello and piano of Morton Feldman with his son Marco and a CD with works of Giulio Ricordi for 4 hands piano (duo G. Morelli – G. Simonacci).
For Da Vinci Classics he has recorded the piano works of Stefano Golinelli.
For over 40 years Giancarlo has taught piano at the Sassari, Frosinone and Rome conservatories. He has also given numerous masterclasses, seminars and conferences in Italy, Spain and Austria.

Stefano Golinelli (b Bologna, 26 Oct 1818; d Bologna, 3 July 1891). Italian composer and pianist. He studied the piano and counterpoint in Bologna with B. Donelli, and also had brief instruction in composition with Vaccai. In 1842 Ferdinand Hiller was passing through Bologna and advised Golinelli to take up a concert career; he considered him to be the best Italian pianist of his day and also praised him as a composer. Schumann himself was interested in Golinelli’s music and commended his 12 studi in the 1844 Neue Zeitschrift für Musik. Golinelli subsequently made brilliantly successful concert tours of Italy, performing in Naples, Florence, Milan, Genoa and Palermo; he also toured France, Germany and England, where he performed with Piatti and Sivori at the London Musical Union in 1851. He acquired a reputation throughout Europe both as a performer and as a composer, reaching his peak during the years 1845 to 1855; some acclaimed him ‘the Italian Bach’. In 1840 Rossini nominated him professor of piano at the Liceo Musicale in Bologna, a post that he held until his retirement in 1870, after which he devoted himself entirely to composition.

One of the leading exponents of the 19th-century Italian piano school, Golinelli wrote more than 200 piano pieces. They are elegant and melodically inventive, particularly when cast in a short, even miniature, form. Their graceful lines and fresh harmonies contribute to their lyrical, Romantic character not immune from elegiac sentimentality and recalling some of Chopin’s more overworked devices. The longer works show a closer and at times overwhelming similarity to German models; in other works the rapid, manneristic sketch predominates. In the whole of his output a didactic aim is often apparent, with a pseudo-Classical, rather solid pianistic style that recalls Clementi and Beethoven. Golinelli was one of the first to repudiate the vacuous tricks of virtuosity particularly prevalent at the time in fantasias and variations on opera themes; his main achievements were to forge musical links between northern European and Italian cultural spheres, and to restore to Italian music a certain classicism and sense of tradition.