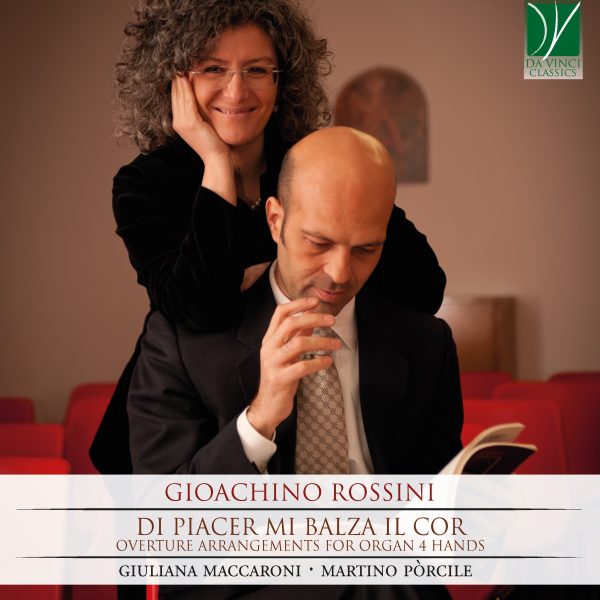 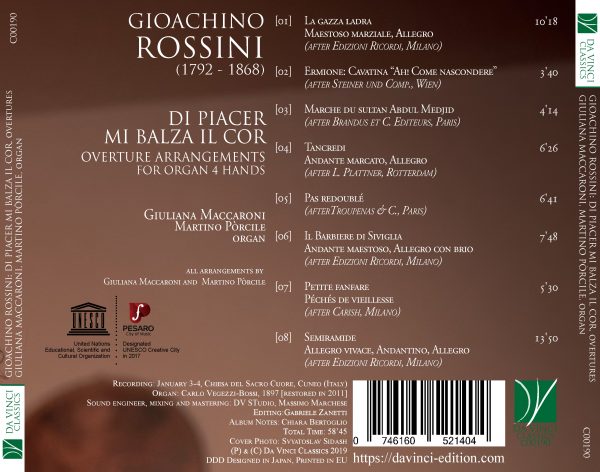 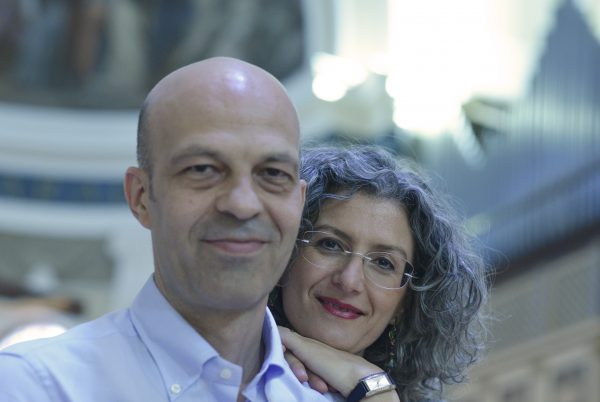 Giuliana Maccaroni teaches at the High School of Music G. Verdi of Torino. She is the titular organist of Christ the King Church, Pesaro. In this church she is the artistic director of the international organ festival “Vespri d’organo a Cristo Re”. Giuliana Maccaroni has a busy curriculum, both as a soloist and in ensemble playing at important Italian and foreign places Festivals: Belgium, Germany, Austria, France, Czech Republic, United States of America, Russia, Switzerland, England, Finland, Norway, Republic of Andorra, Polland, Malta. Particularly interested in organ compositions opera style, it deepens the repertoire and performing both original pages and transcriptions. Significant is her activity as a duo for organ duet with organist Martino Pòrcile, with which offers programs ranging from early music to contemporary, with particular reference to the Italian operatic tradition. Her interest in this repertoire has led her to make recordings, world premieres, much appreciated by critics and audiences. She also published, for Armelin Music, the second volume of the Opera omnia of keyboard sonatas by Baldassare Galuppi, a critical edition.

Martino Pòrcile is the titular organist of the Pesaro Cathedral, where he conduct the main choir. Graduated from the G. Tartini Conservatorio he also attended Choral music and Composition. Martino Pòrcile has taken courses on organ methodology and execution and interpretation in Italy and abroad with well-known Masters. Martino Pòrcile played at important Italian and foreign Festivals both as a soloist and in ensemble. With his italian collegue Giuliana Maccaroni has a duo for organ for four hands. They participated in important international organ festivals in Italy and abroad (Germany, France, Switzerland, United States of America, Republic of Andorra, Norway, Belgium, Russia, Malta). He taught music and he is very interested in promotion and valorisation of the musical patrimony of his own region.

Gioacchino Rossini: (b Pesaro, 29 Feb 1792; d Passy, 13 Nov 1868). Italian composer. No composer in the first half of the 19th century enjoyed the measure of prestige, wealth, popular acclaim or artistic influence that belonged to Rossini. His contemporaries recognized him as the greatest Italian composer of his time. His achievements cast into oblivion the operatic world of Cimarosa and Paisiello, creating new standards against which other composers were to be judged. That both Bellini and Donizetti carved out personal styles is undeniable; but they worked under Rossini’s shadow, and their artistic personalities emerged in confrontation with his operas. Not until the advent of Verdi was Rossini replaced at the centre of Italian operatic life.