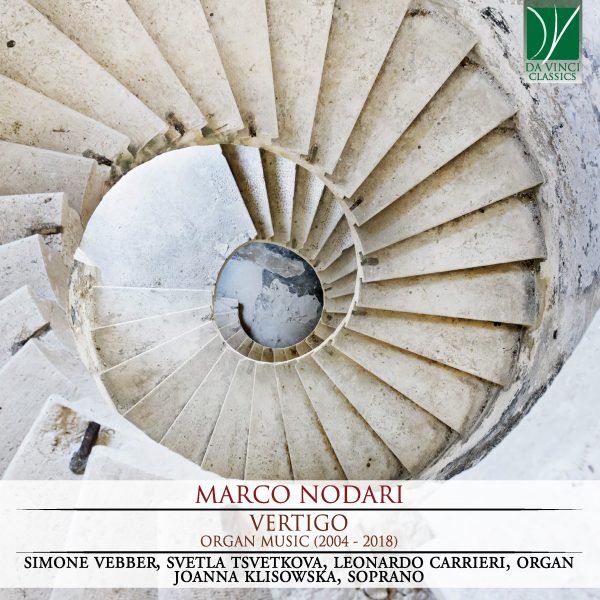 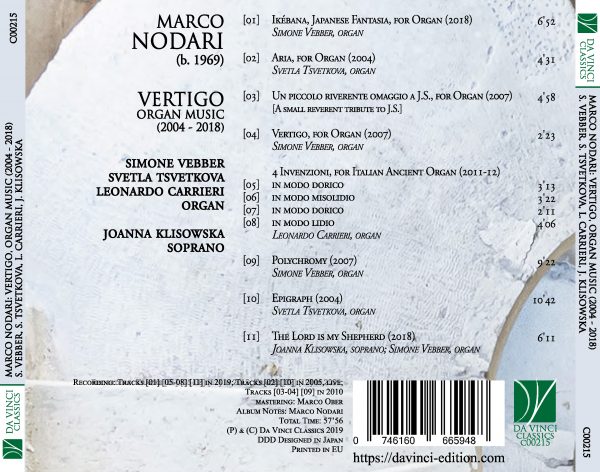 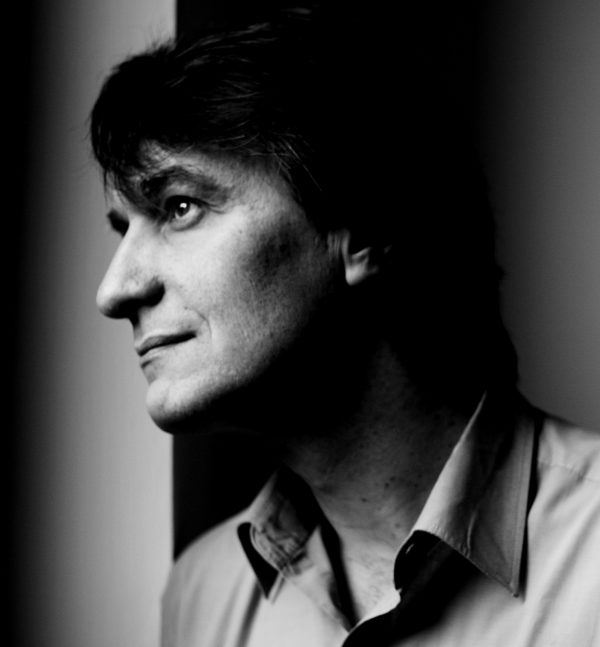 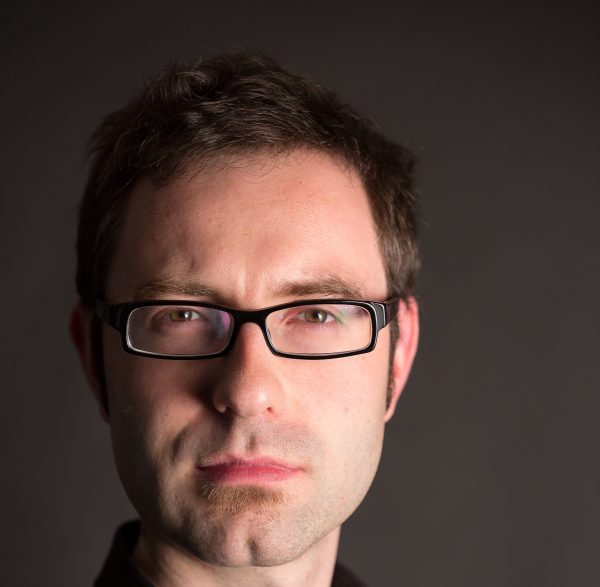 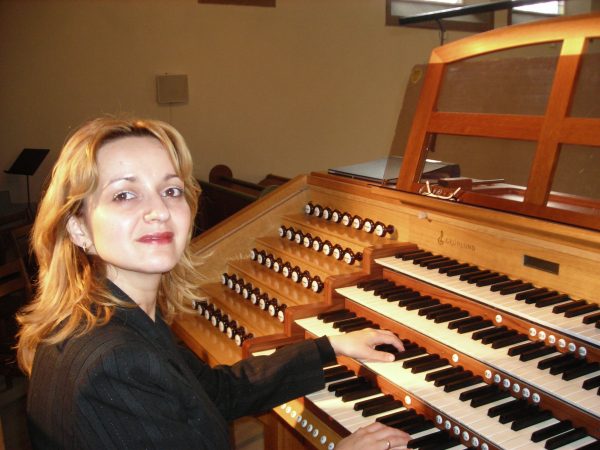 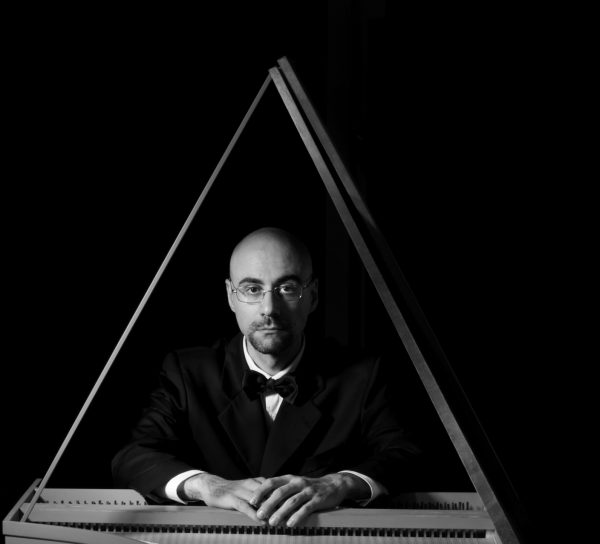 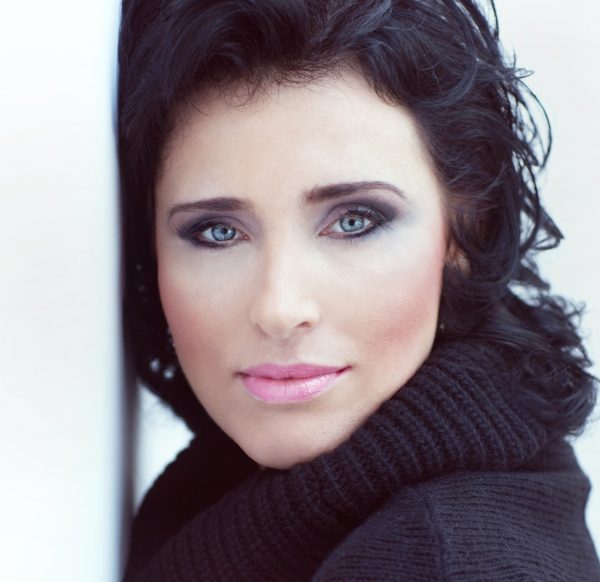 Ikébana, Japanese Fantasia
The piece is built and based on three popular japanese melodies very well-known, that are presented and harmonized in a personal way. The organization of the piece is: Intro, theme A (elaboration of a part of the melody “Nanatsu no ko”), theme B (quote of the melody “Sakura Sakura”), theme A varied and differently harmonized, theme C (“Tanko Bushi”); at the end a Coda (new short variation of A). Recapitulating: Intro-A-B-A’-C-Coda (A”); to notice that the melodies are joined by short connections and developments.

Aria
The piece has a slow pace and a lyric-expressive character. The melody develops on a repetitive harmonic structure and basic line outlining a sort of modern passacaglia.
The chant, assigned to the right hand and quite simple at the beginning, becomes richer and richer at any following variations, as well as more complex and polyphonic. Even the rhythmic articulation proceeds towards a progressive intensification reaching its peak at the forte of the 12th variation. At the end, after a strong cadential thrust, the music fades away in a sweet pianissimo.

A small reverent tribute to J.S.
In a series of original compositions for organ it could not be missing a tribute to the greatest composer for this instrument. At the beginning of the piece, a short rhythmic-melodic motif is introduced, from which a section springs in almost imitated style, with sudden explosions of motor energy and a shifting, unsteady and variable harmony. In the central section the above-mentioned thematic motif transforms itself and changes character: the initial lightness bends towards introspection, and the original harmony, characterized by a joyful pandiatonicism in the early sections, gives way to an expressive chromaticism. The final part of the piece is again full of brio, the range is wide and the dynamic is forte.

Vertigo
Virtuosistic toccata-style musical piece to be played with momentum. It is almost entirely characterized by semiquaver quadruplets and scales rapidly going up and likewise precipitously down, creating a sensation of “moto perpetuo” and vertigo. Only in the middle of the piece the constant flow of quick notes gives the impression of being interrupted. In this short internal section the value of quarter notes prevails, resulting in a slowing down of the main pace or tempo, though contrasted by an unsteady and capricious harmonic movement. A last energetic and darting section closes the piece.

4 Invenzioni
The four pieces belong to two separate collections (1st and 2nd series). All the six Invenzioni composing them were thought for the Italian ancient organ (only manual) with the consequent restrictions at the expense of harmony and instrumental technique.
The first Invenzione presented is built mostly on the Dorian mode and it is moved and brilliant; the second instead, is based on the Mixolydian scale and it is characterized by a slow pace; the third is founded again on the Dorian mode, and the fourth on the Lydian scale and shares with the second one the pace and the lyric-meditative character.

Polychromy
As the title suggests, the piece was inspired by the light, vivid and sparkling with thousand colours and shades, filtering from the stain glass windows of a Gothic cathedral. All the composition is built around the continuous variation of a short, unique and almost minimal motif of 4 notes introduced at the very beginning. These few notes are proposed in many ways throughout the piece, both from a harmonic point of view and as far as sound and texture are concerned, changing continuously, but remaining always recognizable. At the end of the composition a short meditative moment preludes to the blazing final Coda.

Epigraph
Strongly autobiographic composition, it is characterized by an intense chromaticism, at times by moments of harmonic sourness, that is to say full and dense episodes, yet justified by a precise musical directionality. In the piece two attitudes alternate, two different musical characters: an initial solemn and epic theme, which turns into dramatic and upset, is followed by an episode wholly introspective and elegiac. Later the two contrasting thematic-expressive moments come up again, even though greatly renovated.
At the end a Coda leads to a huge sound divergence between the hands: the left sinks to the deepest bass, while the right ascends to the extreme highs.

The Lord is my shepherd
Psalm 23 is one of the best known of the Old Testament. Here David describes the Lord as his shepherd, who guides him along the way of life. This Psalm, which can be divided into 3 stanzas, develops the theme of trust. Likewise, this musical piece can be divided into 3 parts, preceded by a short introduction and followed by a Coda played by the organ. The first part (in a verse it says “He makes me lie down in green pastures”) as well as the third have a pace moderately mosso and a calm character. Instead, the central part is slower and more thoughtful, in accordance with the meaning of the words (“Even when I walk in a dark valley”). The mainly syllabic melody is embellished by some melismas, while the accompaniment of the organ is almost polyphonic in style (though not imitative) and harmonically rich.

Joanna Klisowska was born in Wrocław, Poland, where she started her music education first as a violinist and then as a singer. The artist conducts lively concert activities cooperating with, among others, C. Astronio, G. Capuano, B. Kuijken, L. Ghielmi, V. Luks, P. Nemeth, P. Neumann, Mand also together with ensembles such as: Accademia della Arcadia, Artsemble, Collegium 1704, SWR Stuttgart Vocal Ensemble. She performed at many festivals: Utrecht Early Music Festival, Festival Ambronay, Rheingau Musik Festival, and many others. She has recorded for Brilliant and Da Vinci Publishing.

Leonardo Carrieri studied harpsichord and organ at the Trento Conservatoire and piano in Mantua. He has specialized interpretation of organ literature with Jean Guillou, Giancarlo Parodi, Claudio Astronio, in improvvisation with André Ajdu, in French piano repertoire with Nadine Durand, in harpsichord literature with Enrico Baiano and in the practice of basso continuo with Jesper Christensen. He has received various prizes in national and international competitions. He carrys on an intense concert activity both as a soloist and collaborating with orchestras, ensembles and choirs, meeting everywhere with the approval of public and critics. He has recorded for EDB, Edizioni Paoline and AVA Germany. Besides concert activity he carrys on his musicological studies, giving particular attention to Italian music of Settecento and Ottocento, of wich he is very appreciated interpreter.

Svetla Tsvetkova was born in Bulgaria. She began her piano studies at the age of 5 and at the age of 12 made her orchestral debut as a piano soloist. She studied organ, piano, clavichord and harpsichord performance and has graduated the State Music Academy - Sofia, Bulgaria, the Conservatory of Music in Florence, Italy, the Academy of Music and Drama at the University of Gothenburg, Sweden. She has been awarded prizes at the international organ competitions and performed at numerous international organ festivals. Svetla carries out intensive concert activity, like F. Liszt complete organ works, L. Vierne complete organ symphonies, M. Reger organ works. She has recorded for Bulgarian National Radio and TV, Radio Vaticana, and Swedish Radio.

Born in 1969, Marco Nodari started his studies of Composition at the Conservatory of music of Brescia with the professors G. Facchinetti, E. Brusa and P. Ugoletti, and graduated in Milan with the Professor A. Corghi. He also studied piano with the professors U. B. Michelangeli, R. Pinelli and R. Bettini, and graduated from the Conservatory of Mantova. Being interested also in non-musical subjects, in 1999 he graduated in Architecture at the Polytechnic of Milan. In 2009 he specialised with honours in Composition at the Conservatory of Brescia. He attended specialised courses (“Livorno Music Festival”/M°P. Maxwell Davies, Fondazione “ A. Toscanini” of Parma, Civic School of music of Milan/M°A. Guarnieri, “ Seminario di tecnica e riflessione compositiva”/M°A. Giacometti, Music for movies/Accademia Chigiana/M°E. Morricone) and he was awarded prize in many national and international competitions (1st prize at the “First Young composers selection” organized by Radio France in collaboration with Suvini Zerboni Editors, 1st prize at the International competition “ Val Tidone”, 1st prize at the National competition A.Gi.Mus, 1st prize at the National competition “ R. Toscano” of Pescara, Finalist at the International competition City of Nizza, 2nd e 3rd prize at the National competition City of Pavia, recognized at “ Bacchelli” of Livorno, 3rd prize at “ F. Margola” of Brescia etc.). His music has been performed by eminent musicians (including M. Zoni, L. Prandina, G. Tampalini, S. Vebber, M. Marzi, G. Baldocci, F. Lama, N. Bogdanov, M. Scilironi, S. Pisciali, G. Artunghi, A. Pianelli, G. Pirollo, M. Grisanti, S. Marrini, Dedalo Ensemble etc.) and has been played in important classical events and seasons (Concerts season/ Metropolitan Theatre/Tokyo,“ Altre mete”-OFT Torino, “ Armonia e incanto”- Orchestra Haydn di Trento e B., Festival pianistico internazionale “ A. B. Michelangeli”, Stagione della Societa Filarmonica di Trento, Saison musical de Radio France, “ Sulle ali del novecento”, “ Alfeo Gigli”, Stagione A.Gi.mus, “ Sardegna Isolafestival”, “ Scintille di musica”, “ Bresciachitarra”, “ Musica in Abbazia”, Stagione di Concerti Cortina d’Ampezzo, 20° Ciclo de Organo J. De Sesma etc.) in many places both in Italy and abroad (including Tokyo, Parigi, Berlino, Roma, Firenze, Bologna, Basilea, Kiel, Mainz, Nizza, Perugia, Todi, Pescara, Gorizia, Bologna etc. as well as in the Italian Institutes of Culture of Brussels, Stuttgart, Grenoble, Cologne, Wolfsburg, Hamburg, Beirut, Tripoli). He has published works with editors such as Suvini Zerboni, Fone, Rugginenti, Ludo, Berben, Armelin, Eufonia and Concertoclassics/Musicmedia. In 2006 the 43° International Piano Festival “ A. B. Michelangeli” has commissioned him a piece for ensemble dedicated to the Victims of Piazza della Loggia of Brescia. In 2013 he recorded a Cd completely dedicated to his piano music compositions in collaboration with Eufonia Editions (“ Appunti di viaggio”/N. Bogdanov, M. Nodari, piano) and in the same year the piece for guitar named “ Tiliguerta” it’s been included in “ Strong Emotions on classics Contemporary music”, a Cd by the “ Concerto/Musicmedia” Editions (G. Tampalini, guitar). In 2014 the Conservatory of city of Potenza has commissioned him a piece performed in a live recording at the RAI studios of Rome. In 2015 a monographic Cd dedicated to his chamber music its been made for the “ Concerto/Musicmedia” Editions of Milan. He has taught Harmony and Analysis at the “ G. Martucci” Conservatory of music of Salerno, “ G. da Venosa” of Potenza, “ N. Piccinni” Conservatory in the city of Bari. Currently he is teaching Theory of Harmony and Analysis at “A. Buzzolla” Conservatory of Adria and he is director of the editorial series “Analisi&riflessioni” (www.aldebaraneditions.com); he also has been for seven years the artistic director of the classical music season “ Sundays in music” in Brescia.