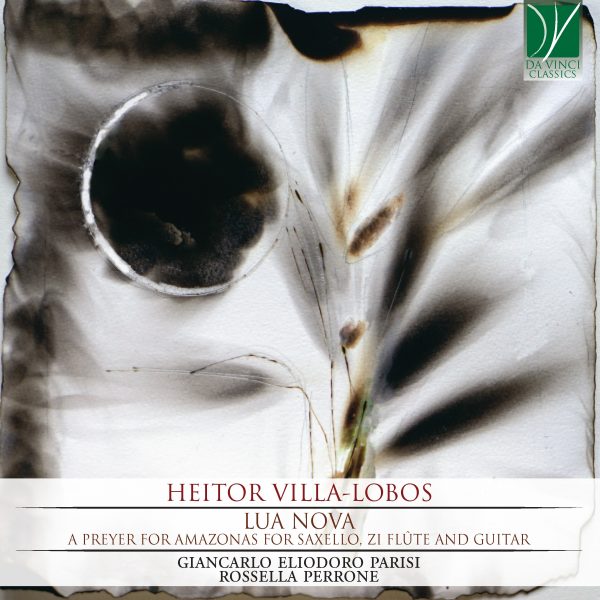 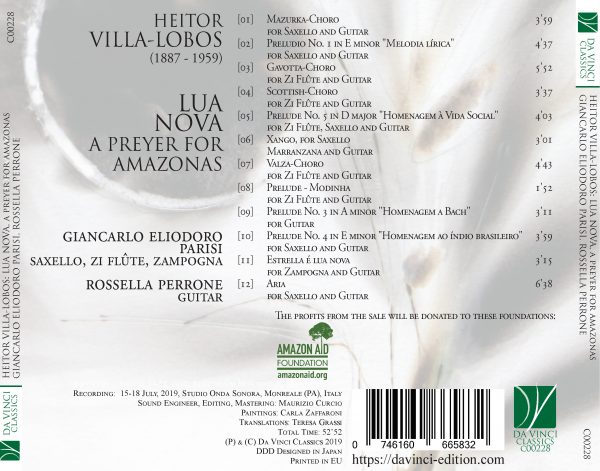 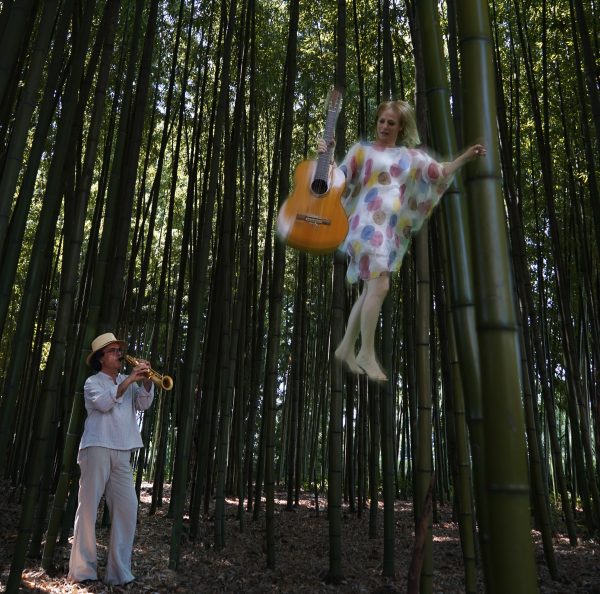 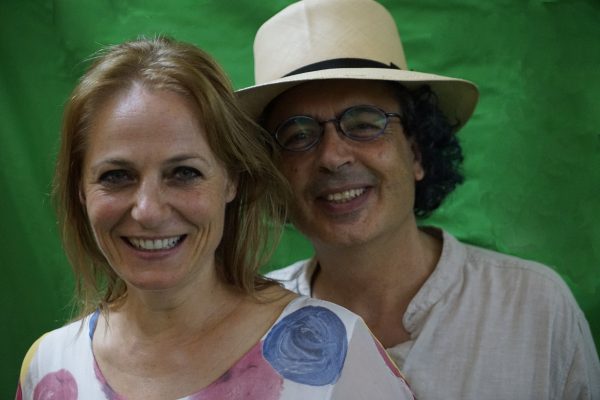 The unusual blend of zi flute, bagpipes, saxello and the sound of classical guitar distinguishes the unique richness of this duo, together with the choice of the masterpieces of one of the most interesting artists of the XXth century: Heitor Villa-Lobos. Some of the chosen pieces (such as the Preludes and the Suite Populaire Bresilienne dances) composed for guitar by Villa-Lobos by grasping and skilfully using its distinctive traits and its grammar, have been rearranged for this unusual duo. In these new arrangements the woodwind instrument fathers the melodies in constant dialogue with the guitar and generates improvisational moments with ethnic echoes. By merging his homeland floklore with indigenous music and European classical music elements, where Bach stands as the absolute reference, Villa-Lobos’ music is the ideal balance among a melancholic lyricism, a creative mix of popular elements and a visceral modernism. The Choro (“the essence of the brazilian musical soul”, as Villa-Lobos defined it) becomes the backbone of the Suite Populaire Bresilienne, where the typical language of carioca music builds on the European dance rhythms. The Brazilian songs Xangò and Estrella e Lua Nova, composed for orchestra and voice and resulting from Villa-Lobos’ researches on the ethnomusical aspects of the Brazilian culture in several travels through the north-est lands and the Amazon, show Villa-Lobos’ ability to reinvent folklore. He deals with these themes with an extremely original and advanced touch and evokes them with the unique richness of the saxello, zi flute or the bagpipes. His melodies are based on a harsh style, with reminiscence of the Old Continent composition rules together with an essential, very evocative and often percussive accompaniment that revives the Indios roots. In these unfortunate times, in which deforestation in Brazil is endangering one of the most important natural resources on our Planet, this project wants to be a musical tribute to the Indios people and the Amazon facing a great risk of extinction. The inspiration for the artwork created by the artist Carla Zaffaroni comes from the rainforest bamboo as a metaphore of life and hope because of its vitality, its strenght and its grow speed. Therefore, bamboo becomes the symbol of spiritual elevation resulting from the constant dialogue between creativity and the environmental and civic issues of our times.

Rossella Perrone: Born in Milan, she studied guitar with Paolo Paolini at Giuseppe Verdi Conservatoire and graduated with the highest grade in 1995. She continued her studies with Massimo Laura at Lugano Conservatoire where she obtained her MA with Honors. She perfectionated her technical and interpretative skills with Oscar Chiglia at Accademia Chigiana in Siena and with David Russel and Matteo Mela. Later, she obtained the teaching qualification with the highest grade at Conservatoire of Milan. In 2011 she published with Carisch the essay “Leuto, tiorba and Mandolin in Vivaldi’s compositions”. As solist, she won the first prize in several music competitions, such as the National Competition in Genoa and the International Competition in Nova Milanese. She played with the Orchestra of Teatro La Fenice in Venice, with the Musica Rara Ensamble, with the choir of the Verdi Orchestra in Milan and with the “A. Viotti” Orchestra. She also featured several recording for labels such as Bayer Records, for the Italian Swiss Radio and for Decca. For Decca in 2003 she accompanied the singer Juan Diego Florez for the “Una Furtiva Lagrima” recording. From 1995 to 2010 she taught guitar at the Italian Swiss Conservatoire in Lugano.

Giancarlo Parisi:
Born in Messina, graduated in flute, saxophonist, multi-instrumentalist, he devoted himself to the study of flutes and woodwinds with a simple reed and began his activities as an author and performer of music for theater. In the 90s he collaborated in the studio and concert with the most important singers-songwriters of the italian scene including Fabrizio De Andrè, Mia Martini, PFM and Eugenio Finardi. With several original projects (including the group Asteriskos) of which he was the author of all the songs) he has partecipated in numerous international festivals of folk and world music. He has partecipated in the realization of several editions of "La Notte della Taranta" collaborating, among the others, with Stewart Copland, Vittorio Cosma and Giovanni Sollima. He is considered one of the most representative performer of the Sicilian bagpipes, called “Zampogna a paro”, and he has created and patented a model of bagpipes "Chromatic" as development of the traditional "diatonic" which allows this instrument musical languages and possibilities so far inaccessible and unimaginable. He composed and performed the "Concert no. 1" for bagpipes “Zampogna a paro cromatica” and orchestra. Together with "Ramponi and Cazzani”, an Italian woodwinds maker, he has conceived the resumption of the production of "Saxello". In june 2014 he conceived, created and patented a new bitimbral headjoint for flute called “zi-flute by parisi” produced and marketed by Briccialdi flute.

Heitor Villa-Lobos (b Rio de Janeiro, 5 March 1887; d Rio de Janeiro, 17 Nov 1959). Brazilian composer. Heitor Villa-Lobos stands as the single most significant creative figure in 20th-century Brazilian art music. This significance stems not only from his international recognition, but from his achievement in creating unique compositional styles in which contemporary European techniques and reinterpreted elements of national music are combined. His highly successful career stood as a model for subsequent generations of Brazilian composers.