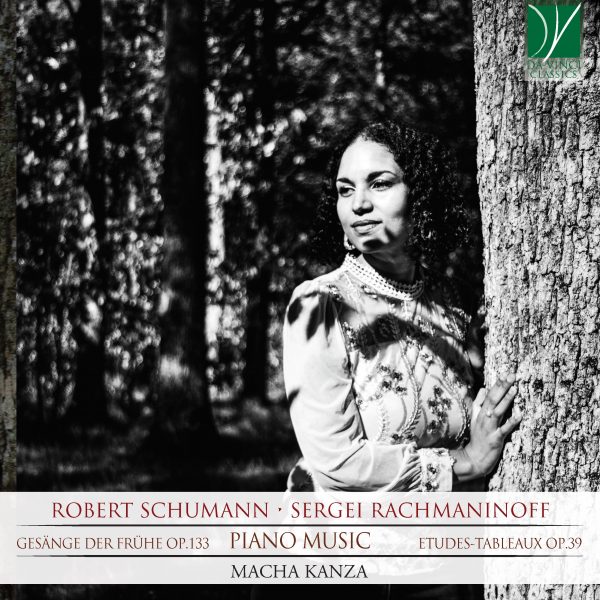 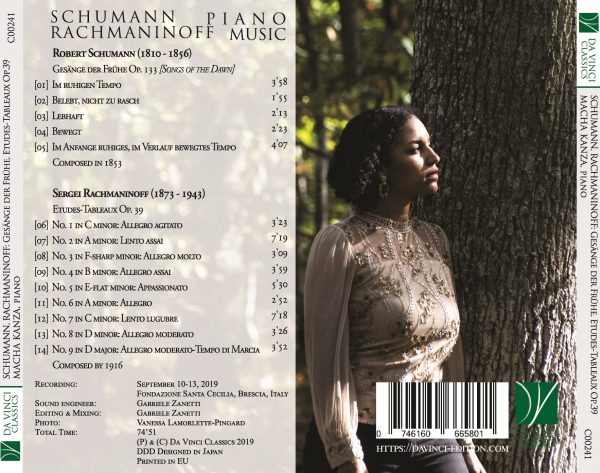 For our debut recording project, we decided to focus on composers from distant ages. The modern and contemporary repertoires aim to maintain a link with the ancient musical tradition through the careful selection of pieces with a stylistic form inspired by the past. The journey starts from two Renaissance dances, a pavan and an almand from the collection Lachrimae, or Seaven Teares, written by John Dowland when he was employed as lutist to the King Christian IV of Denmark. The choice to play the first piece, Lachrimae Antiquae, with the whole ensemble and a singer – replacing the cantus line with the lyrics of the sung version Flow my tears – was made to start with a rich sound and to show the full potential of the ensemble. The common thread of all Benjamin Britten’s works is the meticulous study of the great English musical tradition from the Elizabethan Age to H. Purcell, in particular Dowland’s work. The ensemble plays here his Boisterous Bourrée from Simple Symphony Op. 4 for string orchestra, in which Britten alternates an agile counterpoint with the English folk dance. As the title suggests, the composer based this work on simple melodies he wrote as a teenager, however the arrangement made it tricky to play. So it was a challenge for us to record it. In this musical journey we have also included some works written for choir, that is Diffusa est gratia by Giovanni Maria Nanino, Hymne à la nuit by Joseph Noyon and two famous chorals by Johann Sebastian Bach. Our version of these pieces does not differ much from the original one, being the sound of the cello so close to the human voice. Therefore, recording these pieces, we have taken into consideration the lyrics with a particular attention to the prosody, so that the instruments could sing like voices in order to highlight the choral qualities of the ensemble. The focus of our recording project is represented by two original works for four cellos: the Toccata by Francesco Cerrato, written for our ensemble and recorded for the first time, and the Suite by Pierre Petit, a little-known piece. Toccata is a late Renaissance musical form that comes from an improvised research on the instrument. The system built on free and vague motifs, the extemporaneous improvisation and the lack of a regular rhythmic and harmonic structure are the peculiar characteristics of Cerrato’s work. The rhythmic elements unfold like a free flow of thoughts and the theme exposed at the beginning changes and shapes itself in time and in harmony or hides between the internal parts of the counterpoint. Instead, the Suite is born from the composer’s desire to make a modern contribution to this chamber music ensemble that over decades had not been considered by composers. The impressionist musical background of Petit can be heard in the polytonal harmony, a malinconic salute to the old French school (we are already in the 50’s). The perfect Sonata Form of the first movement, the persistent rhythm of the second movement which sustains a melancholic and romantic solo of the fourth cello and the Scherzo influenced by Afro-American popular music (swing and blues) suggest that the composer had been inspired by different periods and musical styles. Our musical journey ends with one the most famous work written for cello ensemble: Bachianas Brasileiras No. 5 for eight cellos and soprano by the Brazilian composer Heitor Villa-Lobos. The entire cycle is formed by nine suites written for various combinations of instruments and voices that represent a fusion of the Brazilian popular music with the style of Johann Sebastian Bach, as an attempt to create a Brazilian version of Brandenburg Concerts. The No. 5 is formed by two movements: Ária (Cantilena) and Dança (Martelo). Both have two names: one Bachian, and the other Brazilian. The first is Villa Lobos’s best-known work and it is really close to the famous Air on the G string by J. S. Bach. The second is an embolada, a rapid song of the Brazilian Northeast and its lyrics is a poem of nostalgia for the birds of the Cariri Mountains (in the state of Ceará) whose chirping and singing is often mimicked by the music.
Album Notes: Emanuele Rigamonti, Stefano Cerrato, Francesco Cerrato, Alessandro Brutti, Sergio Locatto

Macha Kanza: French pianist and violinist, began her piano studies at the age of five in Saint-Quentin with Irene Kutin.
A couple of years later, she was honoured with the First Prize of the City of Paris, and in the same year was accepted into the Brussels Royal Conservatory of Music under Yevgeni Moguilevsky (also teacher in Moscow Conservatory, 1rst prize Queen Elisabeth competition), where she brillantly completed her Master’s Degree in performance, obtaining the highest distinctions, among others with her special rendition for Rachmaninoff’s 3rd piano concerto, two years after getting her bachelor with Prokofiev 2nd Concerto.
During her studies, she participated in several international piano competitions, such as «Aqua Viva International Piano Competition » in Italy (2nd Prize), «Sergei Rachmaninoff International Piano Competition» in Los Angeles (Prize laureate), and performed in several festivals in France, Europe and the United States.
She has also had the occasion to play in various famous concert halls around the world, including Salle Gaveau, Salle Cortot, Salle Pleyel, Théâtre de la Ville d'Atri (Italy), «Aula Nova of Poznan» (Poland), «Pasadena Concert Hall» (Los Angeles), «Museum of Musical Instruments in Bruxelles», Bialystok Philarmony (Poland), Odessa Philarmony (Ukraine), Steinway Hall (New York), La Seine Musicale (Paris) etc...
She was also an invited soloist with the Bialystok Orchestra (Poland) under the direction of Reinhart Seehafer (conductor of the Comic Opera of Berlin), and with the Odessa Philarmonic Orchestra (Ukraine) with Hobart Earne.
Macha Kanza was a finalist and was awarded 4th Place at the «Emil Giles International Piano Competition» in Odessa in 2009. She was also invited to play live Rachmaninov 2nd piano Sonata and the violon piece «Narcisse» of Szymanowski at France Musique (Émission of Gaëlle Le Gallic).
In parallel with her pianistic endeavours, Macha studied the violin at the Conservatoire Jacques Ibert in Paris with Marie-Helene Vivanco and was accepted into the Brussels Royal Conservatory of Music studying under Adam Korniszewki.
This dual instrumental practice has allowed her to enlarge her soloist and chamber music, and has given her the opportunity to benefit from the precious guidance of Masters as Jean-Claude Pennetier, Emil Naoumoff, Daria Hovora, Philippe Cassard, Ivry Gitlis, Laurent Cabasso, Bruno Rigutto, Tigran Alikhanov, and many others.