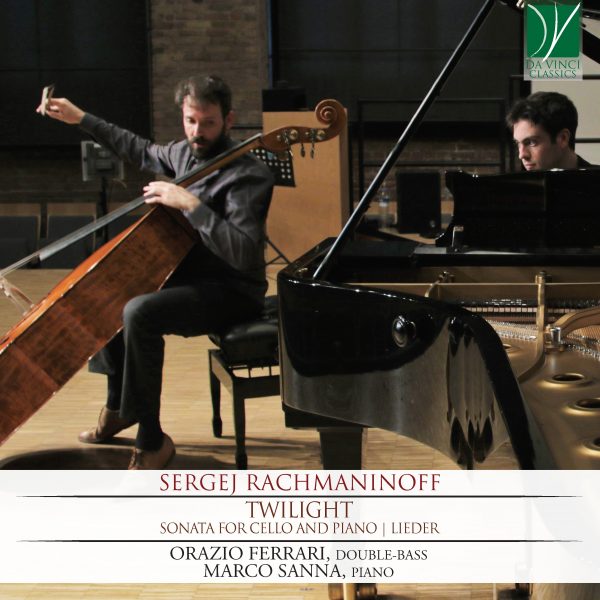 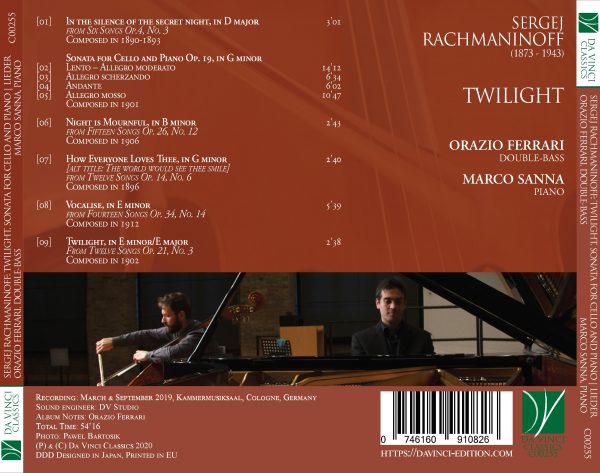 Marco Sanna, born in Cagliari (Italy) 1989, has already made a name for himself by playing both as a soloist and also in chamber ensembles in Italy, Germany, Sweden, USA, Switzerland, Spain, France and Belgium, in important concert Halls as Philharmonie Berlin, Kammermusiksaal Berlin, Konzerthaus Berlin, Beethovenhaus Bonn, Schumanns Haus Zwickau and many others. He is a regular feature at festivals such as the Verbier Festival, Rheingaufestival, Beethovenfest Bonn, Rome International Piano Festival, Budapest Festival and many others. He has recorded with the clarinetist Andy Miles. The album “Chopin & Schumann” (Velut Luna, 2014) with the double-bass player Orazio Ferrari has been praised by magazines as “The Strad”, “Gramophone”, “Audiophile” and many others.

Italian double-bassist Orazio Ferrari has gained great critical acclaim for his debut album, the world premiere recording "Chopin & Schumann" (Velut Luna - CVLD 245). In this 2014 release, to be understood as the summa of his instrumental and musical beliefs, his way to approach the double-bass is modern, bold and completely centered to reach the highest musical goals through an instrument widely misunderstood in the Classical Music field. This “boldness” comes from the intent (rather a strong will) to play cello music on the double-bass at the same cello pitch, expanding very much the possibilities of the instrument without any modification or arrangement of the original cello score. This deserved praiseworthy reviews by some of the most important international music magazines such as The Strad, Gramophone and Audiophile Sound. Orazio Ferrari was born in Crotone. He started to play piano at 7 and graduated brilliantly and in advance of schedule in Double-bass at “San Pietro a Majella” Conservatory in Naples under E. Calzolari, achieving afterwards a Master Degree in Solo Double-bass with full marks. He performs by using exclusively the standard E-A-D-G double-bass tuning.