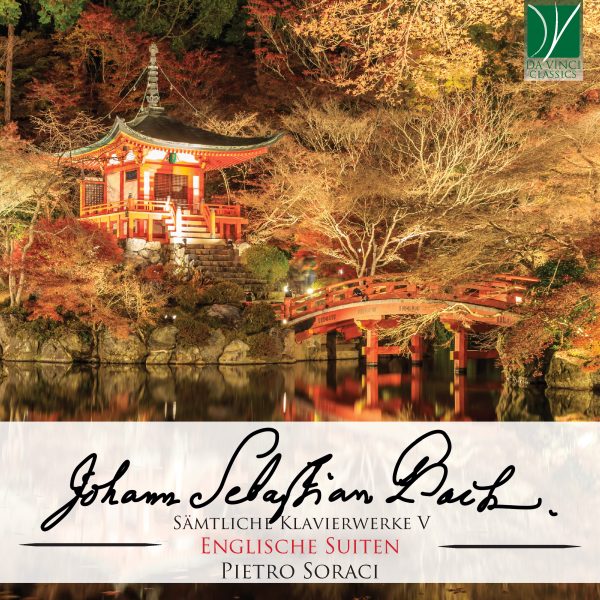 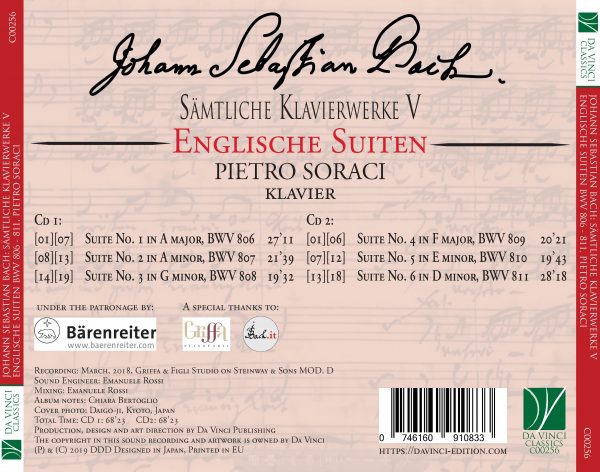 Giving a title to a piece of music has always been a tricky task. The minimal and most abstract option is to simply label it as “a piece for…”, as in the case of the Klavierstück; equally abstract, but more revealing, is the reference to its compositional structure, as in the case of Sonatas, Symphonies or Scherzi. Texted pieces may be titled by their opening lines, or after the poem they employ; then there are works of programmatic music, which explicitly refer to a story, a situation, or to a creative stimulus external to music. The main difference, however, is between the titles chosen by the composer and those adopted by posterity. Occasionally, even the latter may be eye-opening: they may reveal an original tradition, sometimes traced back to the composer himself; they may reflect an important perspective on the work’s emotional and symbolic content; they may, at least, bring witness to a fundamental trait of the work’s reception. They may also be merely a publisher’s trick for catching the prospective buyers’ eyes, or for stimulating their imagination; sometimes, such operations mark the success of a work, which may obtain unperishable fame with (and thanks to) an entirely spurious title; more rarely, a misplaced title may obfuscate the objective worth of a piece.

The case of Bach’s English Suites is rather typical under many viewpoints. The noun, “Suites”, is one which Bach would have almost certainly endorsed. Though there existed, at his time, other terms for indicating a sequence of stylized dances intended primarily for non-choreographed performance, he seems not to have used the Couperin alternative (“ordre”), and he did employ the term Suite on a variety of occasions. True, he also seems to have liked the word Partita (employing it for a set of six works for the keyboard and for three solo violin works, in this particular meaning, as well as with a different nuance on other occasions), but we may safely assume that the title Suites would have pleased him. (The dubitative forms are due to the fact that Bach’s autograph manuscript for these works has not been preserved; fortunately, copies originating from his close circle of family and disciples have survived, and, through them, we have access to these magnificent pieces).

So far, so good; but how did they come to be called “English”? The immediate reason is very simple: because, on one of the primary sources, an annotation on the Prelude to the first Suites reads: “Fait pour les Anglois”. On this rather shaky ground, Bach’s first biographer, Forkel, deduced that they had been commissioned by an unnamed English gentleman. However: the annotation is not by Johann Sebastian Bach; it refers to the musical object in the singular (thus it does not indicate the six Suites as a whole); and to the intended recipients in the plural (so, apparently, it does not suggest any one particular person).

Later scholars have repeatedly tried to give different explanations to these obscure words; in fact, they are found on a copy which used to be in Johann Christian Bach’s possession, and Johann Christian (the youngest of Bach’s children) spent a considerable part of his life in England. Thus, he may have thought (or might have been told) that this particular Suite, or even its Prelude, could have encountered the favour of British listeners. Other hypotheses are grounded on the fact that, in this particular Prelude, a musical quotation has been found, seemingly originating from a work by Charles Dieupart, a French composer who was highly appreciated in London. (Whether Bach knew Dieupart’s music or not is another open question).

As it happens, the only things that can be safely asserted is that there is no particular “Englishness” in these Suites, and that in all likelihood Bach never called them “English”. However, national matters did have an important weight in the structure of the Suite at Bach’s time, since the basic sequence of four dances (as codified by Johann Jakob Froberger at the end of the seventeenth century) represented four of the main European countries: the Allemande was the German dance, the Courante was typical of France, the Sarabande was identified with Spain (in spite of its more complex origins) and the Gigue alluded to the British Isles. Curiously, the Italian dances which had previously been a fundamental component of earlier prototypes were not included in this basic, four-dance form.

This scheme was somewhat flexible, however, and it could include some Galanterien, i.e. other dances normally found between Sarabande and Gigue. Bach’s numerous compositions in the genre of the suite, broadly intended, bear witness to his thorough knowledge of the local dance idioms and of the typical traits of the “national” dances, and to his inexhaustible fantasy and creativity. Moreover, they also reveal Bach’s genuine enjoyment of dance, his fondness for their lively rhythms and his capability to adapt his musical language to the immediacy of dance music. This did not imply, however, that complex contrapuntal structures are missing from these works, or that they are less refined than his “elevated” output. Quite the contrary: indeed, the presence of dance-rhythms in his church music represents a formidable demonstration that he considered dancing as one of the highest activities of the human being, and one which could cohabit and cooperate with religious music.

In comparison with other sets of Suites written by Bach, a distinctive (though not exclusive) feature of the “English” Suites is the presence of extended Preludes (and this is so notable a feature that they used to be known also as “Preludes with Suites” or “Suites with Preludes”), which are frequently in a kind of concertato style, reminiscent of the Italian concerto form and of Bach’s own transcriptions from Italian models. In all likelihood, these Suites were composed during Bach’s period in Cöthen, where he was employed mainly as a court musician; the refined atmosphere of the Palace, its elegant pastimes, the fashionable society gathered there – but also the polite manners and noble taste of the gentlemen and ladies – have probably stimulated the composition of these dances.

In all of the Suites, the Sarabandes are normally the most intense, meditative and expressive moment of the series; they are – both symbolically and as concerns their actual position – the “heart” of the Suite. Before them, the Courantes are quick but flowing dances, while after them the Galanterien frequently have a more frivolous character; they normally are found in couples, whose first dance is repeated after the second. While the Gigues are the most breath-taking and brisk dances, and they aptly conclude the Suite in a whirlwind of dancing frenzy, the opening Allemandes are much more serious and solemn in their rather grave pace.

Frequently, the long Preludes have two features which are rather typical for Bach’s style, i.e. the presence of extended imitations and fugal sections, as well as a recurring ritornello which occasionally contributes to reinforcing the idea of a transcribed Baroque Concerto. The practice of writing (or rather of collecting from previously written pieces) sets of six similar works was rather usual for Bach, as it was for many composers of his time: one should simply recall the Six Brandenburg Concertos, the Six Cello Suites, the Six works for unaccompanied violin, the Six Partitas for the keyboard and the Six “French” Suites (to name but just a few); on several occasions, there are elements of symmetry and unity connecting the works which belong in a particular set. One such trait has been observed in the “English” Suites, though it is not beyond doubt that this corresponded to a deliberate choice by the composer. Unquestionably, Bach is known for his attention to the tonal relationships among the works or movements of a work, and they frequently build symmetrical structures, or contribute to the tonal orientation of a composition. In the case of the “English” Suites, their tonal sequence may seem haphazard or insignificant; however, if one takes the keynotes of the six works in their order of appearance (thus, A, A, G, F, E, D), the resulting notes make the opening line of one of Bach’s favourite chorales, Jesu meine Freude (Jesus, my Joy).

Every one of the six Suites is a masterpiece; they rank among the finest works to have ever been composed in the genre of the Suite, and many of their individual dances are unforgettable. They include moments both noble and simple, joyful and touching, ecstatic and popular; there is the tender and ironic evocation of a “musette”, the Southern European version of the bagpipe, explicitly evoked in the second Gavotte from the Third Suite, and implicitly in the second Gavotte from the Sixth Suite; there are some majestic Preludes (among which that of the Sixth Suite towers by virtue of its unusually large size) and others which have a more lyrical mood (as happens with the fourth Suite, in the bucolic key of F major); there are Bourrées whose elastic steps are faithfully mirrored by a bouncing rhythm; and there are the extremely interesting indications provided by Bach for the ornamentation of the repeats in some dances. Taken in their entirety, as in this Da Vinci recording, these six works appear as an organic whole, as a universe in miniature where all kinds of emotions, of ages, of styles can be found; all are observed with the benevolent gaze of an artist who loved life and who infused all of his compositions with the joy of living.