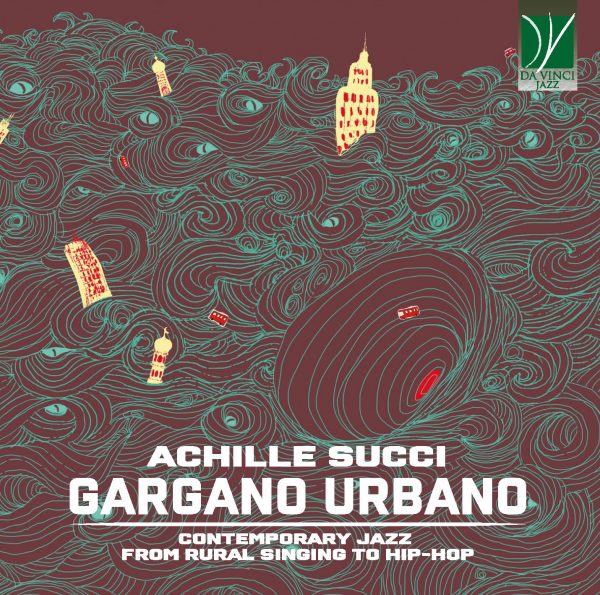 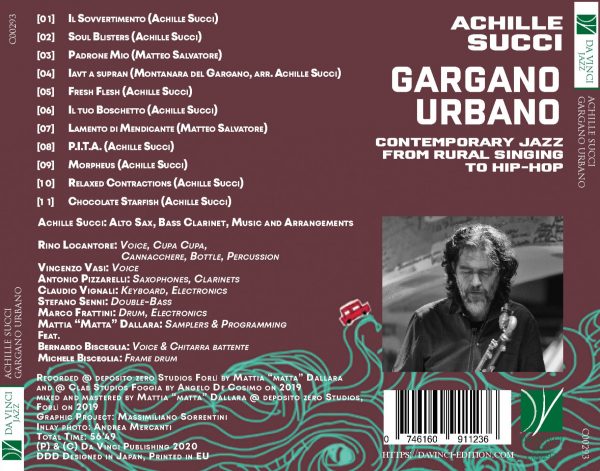 What remains of a people’s musical idiom if the world undergoes epochal changes such as war, emigration, transition from rural to urban society? Traditional repertoires in turn are transformed, sometimes they risk to be lost.
Musicologist Alan Lomax in his trip to Italy in 1954 had well grasped this aspect, thanks to his pioneering activity of recording, cataloging and researching we can have extraordinary documents, testimonies of a society in some ways far from ours, but still rooted in the lives of our grandparents, in the lands, and in the stones of the Gargano and Lucania towns.
On the other hand, in all folk music, as well as in those coming from the Lucan area, there is a primordial fire that passes from generation to generation: each melody draws from the previous one to reappear innovated from the inside, thanks to continuous reworkings of the sound material, sometimes imperceptible, other times macroscopic.
It would be a mistake to reproduce the same songs slavishly, in the same way, the result would be a museum music that has nothing to do with the preservation of the original fire; it would rather be worshiping its ashes, citing Gustav Mahler’s aphorism.
This is the key to understanding Achille Succi’s original “Gargano-Urbano” project, which tries to interpret the fire of the region’s music in an “urban” way, with a look at the current, syncretic and inclusive sound universe, open to the world.

Achille Succi: Saxophonist, clarinettist and Jazz composer has collaborated with several Italian and foreign artists such as Uri Caine, Ralph Alessi, David Liebman, Franco DʼAndrea, Giorgio Gaslini, Ettore Fioravanti, Simone Guiducci and Giancarlo Tossani; with many of these he also took part in the release of numerous recordings, including two leading CDs and one in duo with Salvatore Maiore.
He founded the “Atman” group with Fabrizio Puglisi and Alberto Capelli with whom he released two recordings; with the pianist Christopher Culpo he made the CDs "Fresh Frozen" and the recent "Thawing Mammoth".
Recently also published "Bach in Black", research work on Bach and improvisation in duo with saxophonist Mario Marzi.

Achille Succi has also been active in the field of high musical education since 2006; in addition to several collaboration contracts in the main conservatories in northern Italy, he was in the chair of Jazz saxophone at the Conservatory of Brescia, Cagliari, Rodi Garganico and Pesaro, where he currently teaches; since 2012 he has been a teacher at Siena Jazz University.
He taught many workshops and masterclasses of jazz and improvisation in various Italian and foreign conservatories and musical institutions, including the Siena Jazz summer seminars (since 2001) and the "European Jazz School" in Marburg, Germany, the Poznan and Wroclaw Musikakademie in Poland and the "Uludag University" in Bursa, Turkey.
In 2016 he was a teacher of improvisation techniques at the annual Master of bass clarinet and electronic music at the Milan Conservatory.

Antonio Pizzarelli was born in San Giovanni Rotondo in 1987. Saxophonist and clarinetist, he began his musical career as a clarinetist at the age of eight. Graduated in clarinet, Didactics of Music and Biennium of II level in Saxophone Jazz at the “U. Giordano” of Foggia, he took part in numerous national and international music competitions achieving excellent results. He has played with a lot of artists such as Vinicio Capossela, David Riondino, Teo Ciavarella, Guglielmo Pagnozzi and Voodoo Sound Club, Antonello Paliotti, Antonio Marotta Ensemble, Gianluca Petrella, Rosapaeda, Tony Esposito, Achille Succi, Nicky Nicolai and Stefano Di Battista. He has also been a Band Director and founder of several musical projects such as Largo Criminale, CollettivoMusicaleCarpinese, Gargano Urbano and Pasta Nera Jazz Project. He performs in important music festivals such as the Carpino Folk Festival, La Notte della Taranta, Festambiente Sud, Palazzo Barone in Jazz, Terravecchia Festival, Peschici Jazz, Medimex and Festival of Monti Dauni. As a saxophonist and clarinetist, he recorded the record works of Matteo Marolla & Zumpinaria Banda, Coquette Band, Gargano Urbano and Pasta Nera Jazz Project.