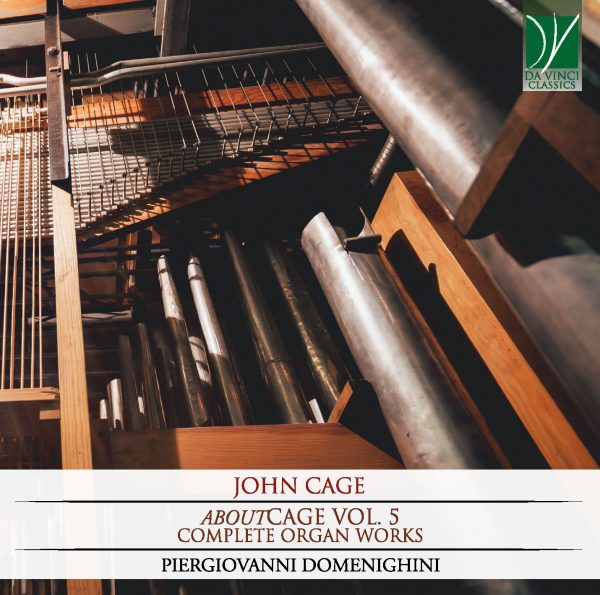 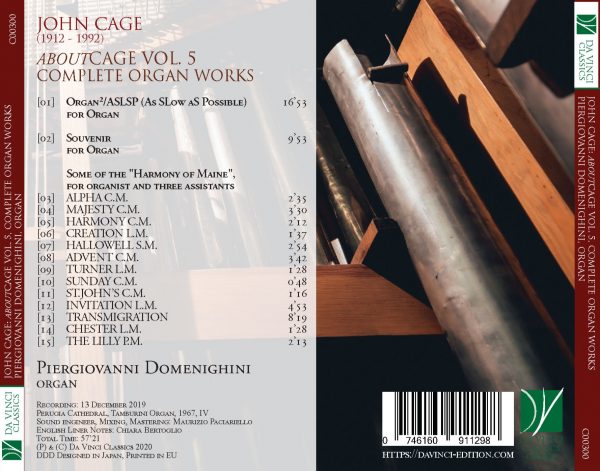 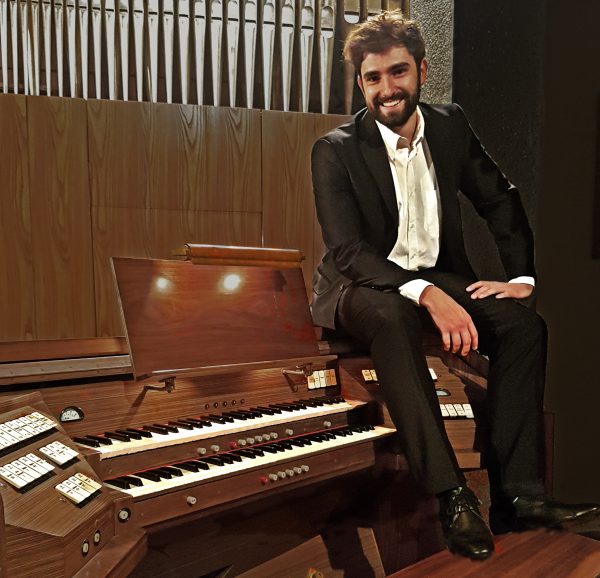 Piergiovanni Domenighini: Organist, Architect and Engineer, he was born on March 21, 1992 in Breno (BS), in Camonica Valley, Italy. When he was just 4 years old, he started to play the piano and in 2006 he got into the Organ class at the conservatory. He graduated with A. Falcioni.
In 2010 he established the young ensemble “Viandante Orchestra” (Wandering Orchestra), directed by him in performing pieces taken from Bach, Mozart, Beethoven, Mendelssohn to modern authors. He follows different courses of the instrumental execution's practice taught by E. Viccardi, E. Vianelli, A. Corti, K. Schnorr, G. Gnann, D. Zaretsky. He performed as soloist in Organ Festivals in different parts of Italy and abroad, such as the Festival Internazionale Laurentiano d’Organo, many editions of the Sardinia Organ Fest, the Festival Federico Cesi, the Festival del Mediterraneo, the Preggio Music Festival, playing in the most suggestive places, like the Basilica Superiore of San Francesco in Assisi and the Pantheon in Rome. He was selected to be soloist in musical projects like the execution of the whole sonata for organ by F. Mendelssohn at the Santa Maria Cathedral in Alghero, the execution of the entire Choralfantasien by Max Reger, the organ marathon broadcasted in steaming from the Tempio of Santa Maria della Consolazione in Todi.
He collaborated as organist with the “Accademia Perusina orchestra” and with different orchestral, chamber music and choral formations (“Centro Italia Orchestra”, “Coro della Basilica Papale di San Francesco da Assisi” ecc.). He regularly performs as soloist and as spokesman for the ONAOSI fondation in projects of sensitization and introduction to the organ repertoire and to the symphonic music.
Lately he expanded his own disclosure's activity with the creation of the musical-organ show “Il Suono dell’Immagine” (The Sound of the Image, 2018) performed by him in different theaters. His adaptation works of orchestral pieces on the organ were played in many Music Festivals such us Festival Internazionale Laurentiano, Sagra Musicale Umbra (Italy), Juillet Estivales de l’Orgue de la Cathédral de Dijon (France), Internationaler Orgelsommer im Berliner Dom, Hamburger Orgelsommer Sonnabend, Paulusmusik Orgelsommer at Darmstadt (Germany). Since September 2018 he has been Guest Conductor of “Coro Lirico dell’Umbria”. He is sub-organist at the San Lorenzo Cathedral in Perugia.